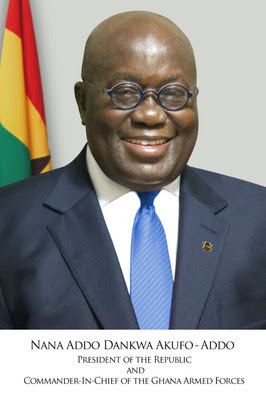 CHARLOTTE, N.C., Feb. 14, 2022 /PRNewswire-HISPANIC PR WIRE/ — The president of one of Africa’s wealthiest and most stable countries is bringing his international leadership and expertise to the International Leadership Summit. The annual conference, founded by T.D. Jakes, brings together aspiring and tenured entrepreneurs, leaders and influential change agents to revolutionize the future of leadership. At this year’s event, set to take place in Charlotte from March 31 to April 2, Ghanaian President Nana Akufo-Addo will participate in a “master class” conversation with Jakes, during which the two will discuss creating economic opportunities, technology and the future of both nations.

Widely regarded as a model of democracy, Ghana is one of the wealthiest and most progressive of Africa’s 54 countries. The West African nation is the continent’s largest producer of gold and the world’s second largest producer of cocoa. Akufo-Addo was first elected in January 2017, and reelected in 2020 for a second and final term. Since becoming president, Akufo-Addo has worked to build strong economic and cultural ties between his country and Africans in the diaspora, particularly African Americans. Last year, Twitter announced it would be moving its African corporate headquarters to Ghana. Akufo-Addo is a lawyer and a champion of human rights, justice and democracy. He has worked on constitutional cases to help protect the independence of the judiciary, the rights of citizens to demonstrate without police permits, and for equal access to state-owned media for all political parties.

Jakes has spent the last 45 years serving and inspiring people on a global scale. In addition to his role as Bishop of The Potter’s House, Jakes is a philanthropist, an educator, a real estate developer and a respected leader in the international business community. The annual International Leadership Summit will provide visionaries and leaders with the tools they need to become “master builders” who can construct a solid foundation and revolutionize the way they lead in an ever-changing world.

Other speakers at this year’s summit will include business tycoon Janice Bryant Howroyd, author and political commentator Van Jones, pastor Joel Osteen and other key figures in business, entertainment, nonprofit and faith arenas. Registration for the conference is open at ThisIsILS.org.

Media registration is now open. Media may request credentials for the International Leadership Summit by filling out this form .

“We are ecstatic President Akufo-Addo will be an integral part of our leadership summit,” said Jakes. “Ghana has nurtured a special relationship with African Americans dating back to its independence from Great Britain in 1957. President Akufo-Addo’s leadership has only strengthened that bond. As President, he has transformed Ghana into a tourist and relocation destination for Black Americans by creating easier paths to citizenship for them. I know our master class with him will enlighten, illuminate and transform many.”

Media Credentials:
All members of the media—reporters, photographers, videographers and crew—are required to have and display credentials in order to cover events within the conference. Press may request media credentials for the International Leadership Summit by filling out this form. Applicants will be notified via email whether they are approved or declined for credentials. Information regarding where to pick up credentials, parking, facility access, interviews and other details will be sent once credentials have been approved.