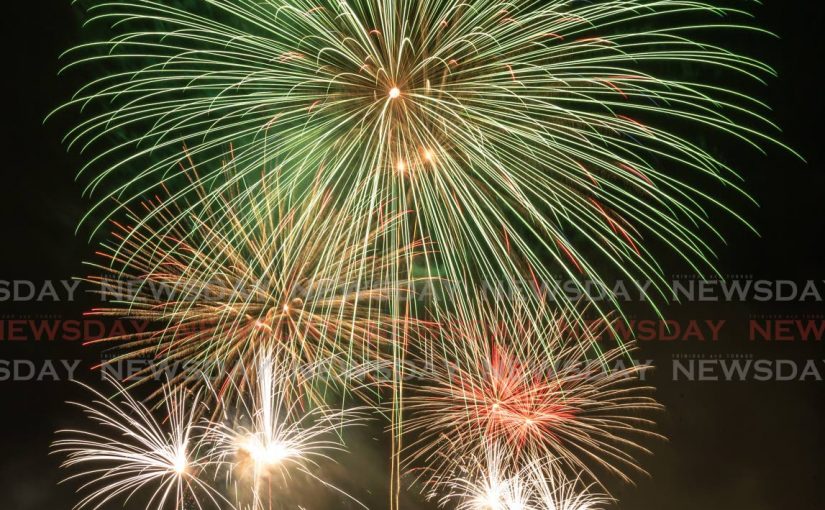 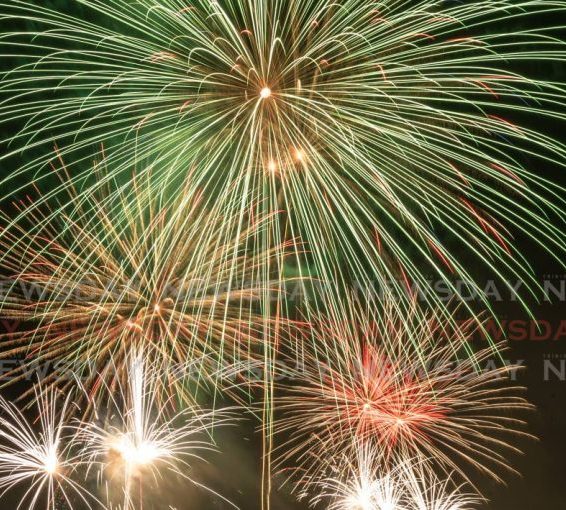 A concerned citizen or group has hung anti-fireworks signs from a tree at the northern side of the Queen’s Park Savannah.

The wooden signs are about six inches long and three-six inches high. They say “Have compassion,” “Silence more beautiful than fireworks,” “Sparklers are cheaper,” “Do you really need fireworks?” and “Light candles instead.”

All the signs are painted in red with a white background and hung from the branches with string. The back of each sign has a large red heart painted on it.

The African Sausage tree is opposite the Botanical Gardens, near the pedestrian crossing light.

Speaking on behalf of the Animal Welfare Network (AWN) and the TT Society for the Prevention of Cruelty to Animals (TTSPCA), animal rights activist Patricia Green said though she is unaware of who is responsible for the signs, she supports the messages.

Asked about the use of pet-friendly/silent fireworks Green said she does not have much faith in silent fireworks, as from her observations nationals care more for the loud noise than the pretty lights. She said she has been hearing loud explosions from firecrackers as early as noon when relaxing at her Glencoe home.

She urged pet owners to prepare responsibly for the New Year celebrations and the expected fireworks. She said animal owners should stay home with their pets if possible, or bring them indoors into a room where they are least likely to injure themselves should they get scared.

“Pet owners are advised to take recent photos of their animals so that should they get lost, it would be easier to identify and reunite the animal with its family. Pets, especially dogs should wear a collar with their names and a contact number for their owners to make reuniting easier.”

Green said the AWN and TTSPCA get flooded with messages asking for help to reunite pets with their families, which is why it is important for pet owners to have recent pictures of their animals for use on lost-or-found posters.

CEO of Fireone Fireworks Andre Abraham said the company’s Boxing Day sale produced a pleasant surprise, leaving the warehouse almost sold out. He said over 1,000 people visited the Macoya store during the sale.

Businessmen: Why were SoE, curfew necessary?

“People are just looking for something to ignite some positivity during these challenging times,” he said. “Even though we are not in full celebratory mode, it’s important to focus on the blessings that we have.”

Asked about the effect of fireworks and firecrackers on pets and the elderly, Abraham said the onus falls on the consumer to use products in a respectful and considerate manner that takes their immediate community into consideration. He said there are guidelines published on the company’s website for responsible use, along with measures that pet owners and the elderly can take when fireworks are expected.

He recommends fireworks and firecrackers should be used between 6pm and midnight on days of celebration such as New Year’s Eve.

On the availability of pet-friendly or silent fireworks, Abraham said the company has been working with its producers in China to develop silent fireworks for pet lovers in a bid to create a win-win situation for consumers and the industry.

He said illegal scratch bombs and firecrackers have been bringing the industry into disrepute, but commended efforts by the government to regulate illegal and home-made firecrackers and explosives.