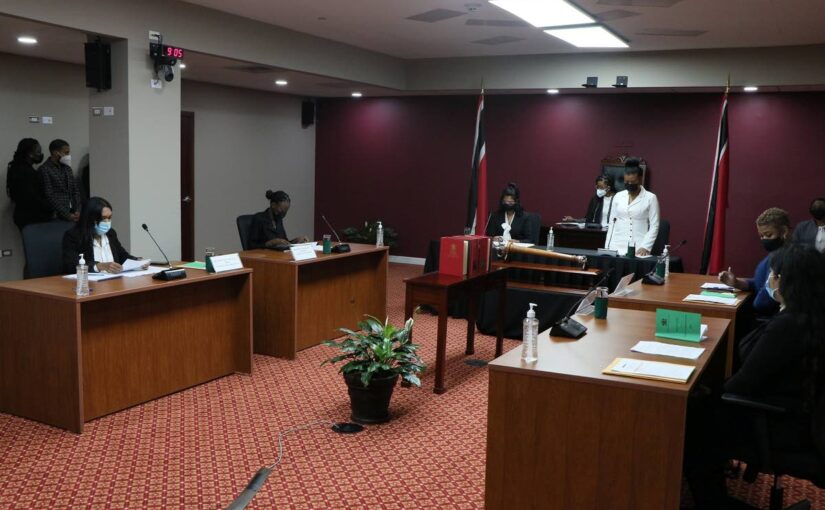 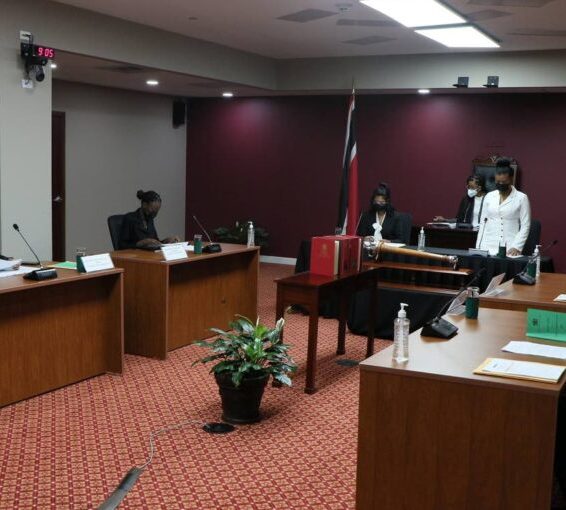 IN SESSION: The Young Women In Leadership sitting in Parliament on Monday, where a bill was debated by young women in their capacity as mock MPs, both for the Government and Opposition, on sexual harrassment in the workplace. PHOTO COURTESY OFFICE OF THE PARLIAMENT – Office of the Parliament

THE Parliament hosted a special sitting on Monday where young women had the opportunity to debate sexual harassment in the workplace.

The mock-debate, in support of the Caribbean Women in Leadership initiative, saw the women address the issue in the form of a presentation of a bill entitled, An Act to make Provisions for the Protection Against Sexual Harassment in the Workplace, and related matters.

The women sat as representatives (MPs) from both government and the opposition in order to debate the bill.

The debate’s San Fernando West MP Celine Jaggernauth, representing the Attorney General and Minister of Legal Affairs, said the bill provides a detailed definition of sexual advancement and sexual harassment and requires all employers to provide a written sexual policy statement for the benefit of all employees.

She said the bill details the rights of the employee, including a three-month period to lodge their complaint in writing.

Ritu Dubay, in her role as mock opposition MP for St Augustine, highlighted issues with the bill.

“Are we going to put proper training, such as gender sensitisation, in the workplace so all employees can understand?” she asked.

“Will we identify solutions such as a harassment response team? What are we doing as a nation to ensure sexual harassment does not continue?”

Dubay also argued that the bill should include measures for when a worker files a complaint and efficient follow ups on the matter.

“We must aim for standardisation. We are in the middle of a pandemic, what does the government propose for workers working virtually?”

Toni Glasgow, the mock Laventille West MP said the bill sought to address issues of harassment affecting the larger population and will eventually result in the creation of new legislation specific to the industrial relations court.

“For far too long this country has been plagued with issues surrounding gender-based violence, domestic violence and sexual harassment,” she said. “Daily we are bombarded of such sad news of our women being ripped away from their families.”

She said the bill tackles issues like inclusivity, as sexual harassment can affect any gender and demographic. “Such a policy aids in the strengthening and protection of people experiencing sexual harassment.”