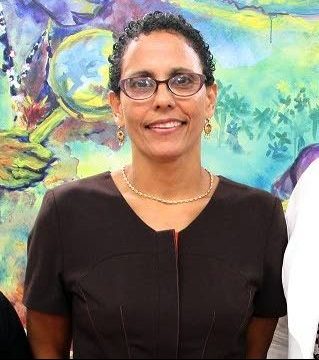 Thirty years after the passing of the Domestic Violence Act, the Alliance for State Action to End Gender-Based Violence believes even more advocacy is needed before noticeable results can be seen.

On Thursday UWI’s Institute for Gender and Development Studies held a virtual seminar in partnership with the alliance, which included a panel discussion on the Journey of the Domestic Violence Act: Insights for Another Generation

Coalition Against Domestic Violence president Roberta Clarke said though progress in addressing the issue of domestic violence is slow, young activists must understand the significance of their commitment in this journey.

Clarke said, “We have to keep on putting on the pressure, we have to persist, and we also cannot allow ourselves to become cynical or sceptical. We have to have a degree of patience, because we are changing something that is so deeply embedded in our culture and connected to other inequalities. We just have to do our part and persist in doing it.”

Reflecting on the history of abuse and violence against women, Clarke said initially a lot of trust was placed in the introduction of legislation. But 30 years later women are still battling with the same issues, which means there is much more work to be done.

“We thought it would have been a game-changer, because it would represent a line in the sand that violence against women in the home was a violation of their fundamental rights and freedom, and it meant the State had an obligation to protect women’s rights.”

Activist Diana Mahabir-Wyatt said the lack of equity in society when it comes to gender is what caused her to step up her efforts to deal with gender-based issues. She urged young activists with high hopes of making drastic changes not to expect many people to be willing to help.

“What you have to do is create a structure and offer assistance and support to the existing organisations, because all of the women’s organisations that are trying to help are under-resourced and need help.”

Independent Senator Hazel Thompson-Ahye, vice president of the International Society of Family Law, encouraged young activists not to give up.

“I seem to think the journey now start, because after all the advocacy and all the hard work, it seems as though we haven’t made a dent sometimes. It’s easy to become discouraged.”

From her observations over the years, Thompson-Ahye said, many of the cases of abuse she dealt with as a lawyer stemmed from childhood abuse.

“What we need now is more resources and advocacy, programmes for perpetrator rehabilitation, public education campaigns in schools and workplaces, city centres and villages.

“We also need media involvement, not only to cover marches, protests and villages but for education purposes. We need protection for same-sex couples and effective measures for holding the police to account.”