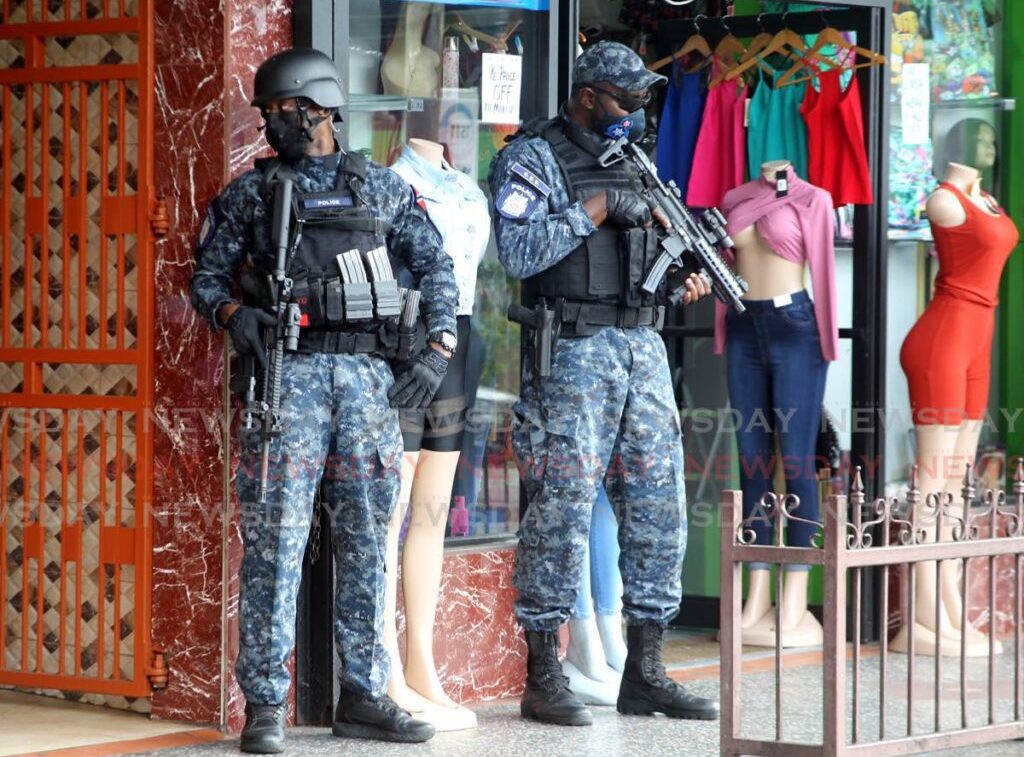 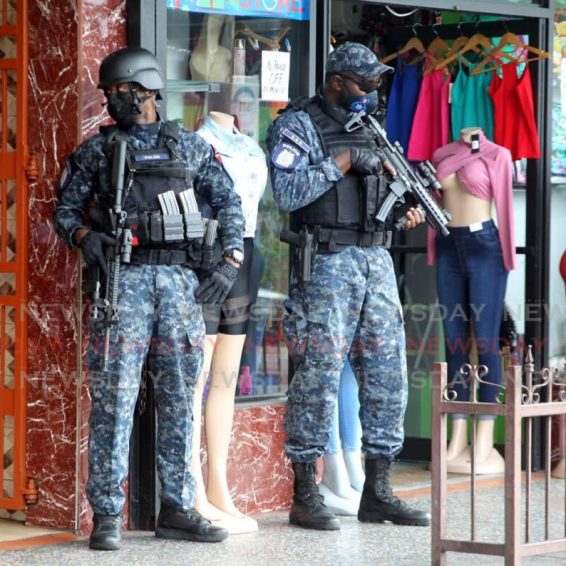 Deputy Commissioner of Police Mc Donald Jacob said Arima is currently recording the highest numbers of murders, robberies and break-ins in any station district. He said this makes the Eastern Municipalities 2021 Christmas Anti-Crime Plan even more important, as it would serve as a springboard to fight crime in the borough.

Speaking at the launch of the plan at the Arima Bus Layby in Arima on Friday, Jacob said the police service intended to make serious structural administrative changes to serve the half-million people in the municipalities. He said there was something inherently wrong with the community of Arima and environs, and the police service and the rest of society needed to go back to the root causes of why people join gangs.

Arima mayor Cagney Casimire said safety and security, community development and institutional strengthening are the three pillars of the plan. He said the council has restored and rebuilt the Arima Municipal Police, including the dorms, in conjunction with refurbishing the Arima Town Hall, and a new 24/7 post at O’Meara Road.

“We are investing in the police because we believe we must give to the service the resources to be able to do the work we are asking of them. Over the past year we have had discussions with the police service and we are pleased that this initiative, which safeguards the municipalities in the Northern Division, has been developed.

He said through the efforts of the Rural Development and Local Government Minister, an arm of the police service would be brought into the municipal police service.

“We currently have 15 officers being trained at the police academy who will come to join us to make our full complement of 100 officers, and the other corporations are also ramping up the officers and resources they will need to have to fulfil the commitment of 100 police officers at the local level within corporations, which means a force of 1,400 officers to complement the police service’s work to secure the nation. We have allocated $1 million for resources for the Arima municipal police and we have formed partnerships with over 15 NGOs to engage them to provide another dimension to security and safety.”

Casimire said he knew there was support from the business community to provide additional resources where required. He said the initiative would not stop after Christmas, but would continue for Carnival, Easter and beyond, taking back the ground that had been lost to criminal activity.

CEO of ADM Export and Import Distribution Balliram Maharaj said the business community would be donating a building for use by the police. He called on businessmen to work together with the community to fight criminals.

Jamal Bennette said the plan was to increase the manpower on the street, and the police would be highly visible and effective. He said citizens were also essential to the fight against crime and needed to say something if they saw something.

He said the Arima Municipal Police would be segmenting the area into four quadrants to establish a safe environment: “Queen/Pro Queen Street and Farfan Street being the access, to manage the Christmas season and its attendant problems. Quadrant 1 will be the northwestern side of Queen and Farfan Street, stretching up to Calvary Hill to the north and Victory Gardens to the west, including Jones Town.

“Quadrant 2 will be the northeastern side of Queen and Farfan Streets, extending to Pinto Road in the east and Bypass Road to the north.

Venezuelan held for trafficking people to Trinidad and Tobago

“Quadrant 4 will be the southeastern side of Farfan and Queen/Pro Queen and extends to the end of Tumpuna Road to the east and reaches the end of O’Meara Road in the south.”

He said research showed these streets will be highly populated, making them easy pickings for those who wanted to prey on citizens. The expected outcomes were a reduction in crime, and traffic congestion, and decreases in road traffic accidents, drug blocks, and firearm-related offences.

In addition, the municipal police would be partnering with the Gender-Based Violence Unit and hoped to reduce the number of domestic violence incidents.

He said all covid19 protocols would be enforced.

Arima Municipal Police superintendent Erica Prieto said the plan was part of a continuous and proactive approach to crimefighting, and a way of pushing back against the criminal elements who are trying to change what the borough is about.

ACP Ramnarine Samaroo said the police could not carry out the plan alone and called on citizens to support the police in fighting crime, saying Arima was too small to have 25 gangs and drug blocks on every corner.

After the launch, Jacob and the other officers went on a walkabout in the Arima business district and spoke with business owners and members of the public.