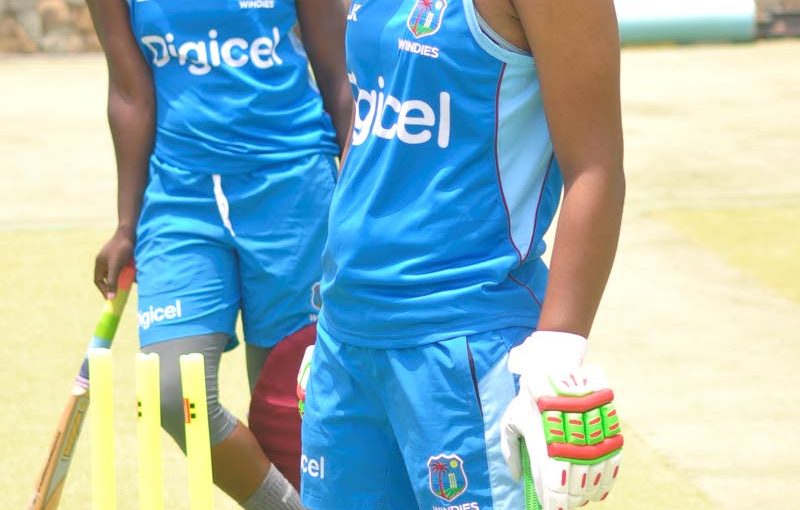 FORMER West Indies women’s cricketer Stephanie Power is delighted to see the developments taking place in the women’s game with T20 competitions popping up all over the world and even here in Trinidad. Power said, unlike in the past, there are many opportunities afforded to women’s cricketers and urged youngsters to capitalise on the various avenues to excel.

Now West Indies women’s cricket is rapidly growing with current players such as Stafanie Taylor, Deandra Dottin, Anisa Mohammed and Merissa Aguilleira being household names throughout the region and even the world. Locally, former Windies captain and TT skipper Aguilleira has become quite popular and is now an Atlantic sports ambassador.

The West Indies women are now rated among the best in the world, and are the current Women’s T20 World Cup champions.

TT have shown interest in promoting women’s cricket as the second Courts T20 Grand Slam Tournament is set to take place from July 16 to 28. The four teams in the tournament will be sponsored by local companies and will feature a mix of local and regional players.

Power, who played 34 ODIs for West Indies women between 1993 and 2005, is happy with the growth of women’s cricket in the Caribbean.

“I am happy for the opportunities the young women’s cricketers are getting, because I have always looked back to when we used to play because we did not have these sort of opportunities,” Power said.

Power, who will coach a Secondary Schools Cricket League girls team on a tour to Canada in August, said the tournaments available to women’s cricketers will help develop the sport.

“To know that these girls are getting the opportunity with the Grand Slam tournament and going to Canada at this tender age, it augurs well for women’s cricket in the future.”

Power is pleased to see there are avenues for girls interested in playing cricket, and it is up to them to take advantage of these. She said 19 year old Shania Abdool is a great example of someone who has moved up the ranks quickly.

“We have a good example in Shania Abdool. She came up from the Secondary Schools League and we have seen how quickly she has gone onto the national team and the West Indies team, and that is from hard work and perseverance. If you like the sport…I think you should go full steam ahead and see how far you can reach in it.” Abdool has been called up to the West Indies training squad preparing for the Women’s T20 World Cup in November in the Caribbean.

Power, who had 18 catches an 11 stumpings as a wicketkeeper from 34 ODIs, said she has no regrets about playing in a different era.

“No I don’t think so,” she said while chuckling, “I had many years of cricket and I enjoyed it – so now there are no regrets. I am just going to sit back and look at what the ladies from my era put in place and see it come to fruition.”

The post Women's cricket blasting off appeared first on Trinidad and Tobago Newsday.

Sun Jul 1 , 2018
DEFENCE FORCE inflicted a 9-0 humiliation on Notre Dame in a recent men’s clash, as the TT Hockey Board (TTHB) 2018 season continued at the National Hockey Centre, Tacarigua. Marcus James notched a double for the Army/Coast Guard combination, in the 29th and 46th minutes, with Justin Beharry (39th and […]