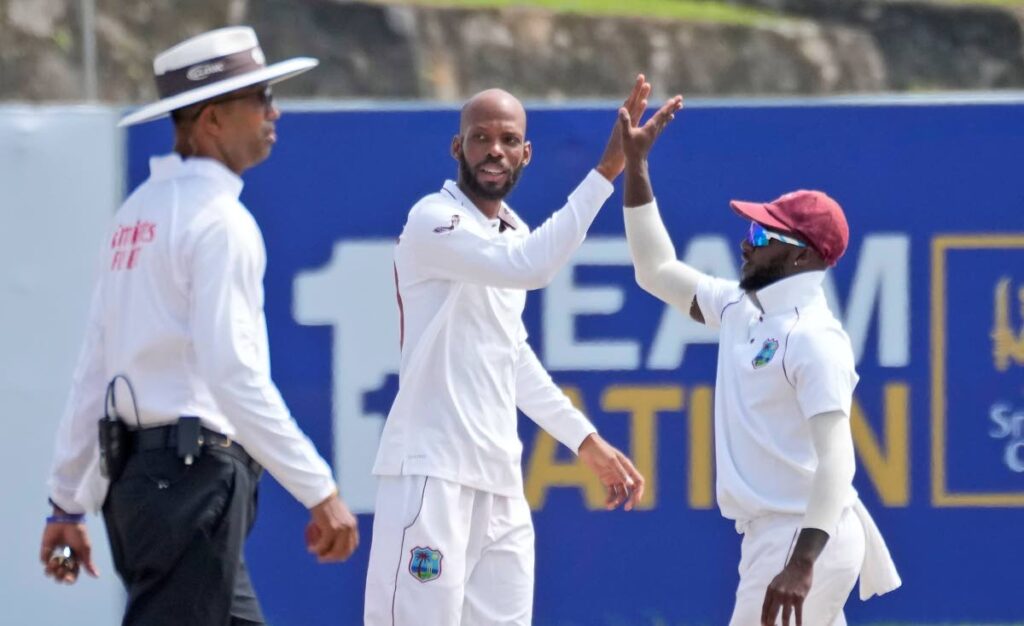 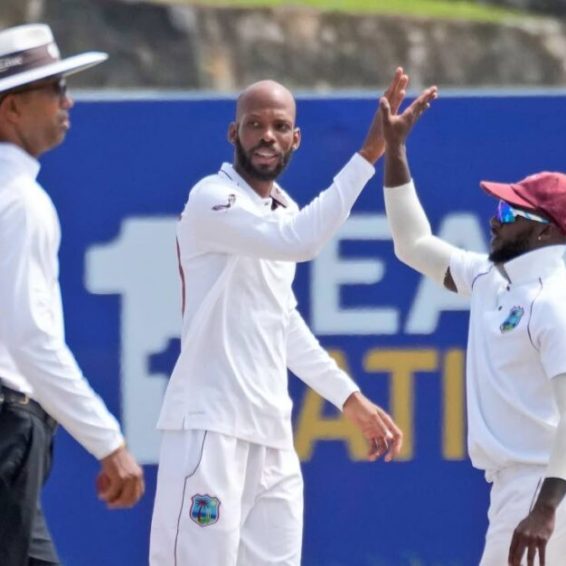 THE WEST Indies batsmen struggled against the Sri Lanka spinners, during the final session of the second day of the first Test match at Galle on Monday.

In response to Sri Lanka’s first innings total of 386, the West Indies crumbled from a score of 46 without loss to close play precariously placed on 113 runs for six wickets, with Kyle Mayers unbeaten on 22 and Jason Holder on one.

Jeremy Solozano’s Test debut ended in unfortunate circumstances when he was ruled out for concussion, with the experienced Shai Hope taking his place, in accordance with the ICC (International Cricket Council) concussion substitute rule.

Captain Kraigg Brathwaite was partnered by his deputy Jermaine Blackwood at the top of the order, and they had a decent opening partnership before Blackwood was trapped leg-before by left-arm spinner Lasith Embuldeniya for 20, a decision which Blackwood reviewed, to no avail.

Nkrumah Bonner (one) was snapped up at slip off another left-arm spinner, Praveen Jayawickrama, before off-spinner Ramesh Mendis accounted for Brathwaite (41) and Hope (ten) in successive deliveries, taken by close-in fielders on the leg-side.

Nightwatchman Jomel Warrican (one) wasted the other available review when replays showed he edged a ball from Jayawickrama to wicketkeeper Dinesh Chandimal, and Roston Chase was the last batsman to fall, prodding a ball from Mendis to Oshada Fernando at forward short leg. Mendis, thus far, have taken three wickets for 23 runs, while Jayawickrama have 2/25.

Earlier, finger-spinners Chase and Warrican did the damage with the ball as Sri Lanka folded in their first innings, after resuming play on 267/3.

Chase finished with figures of five wickets for 83 runs with his off-breaks and left-armer Warrican 3/87 and fast bowler Shannon Gabriel 2/69.