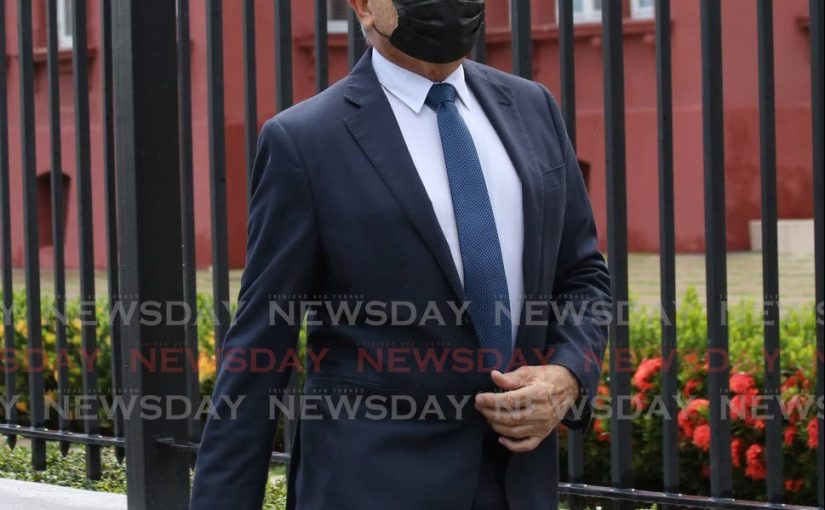 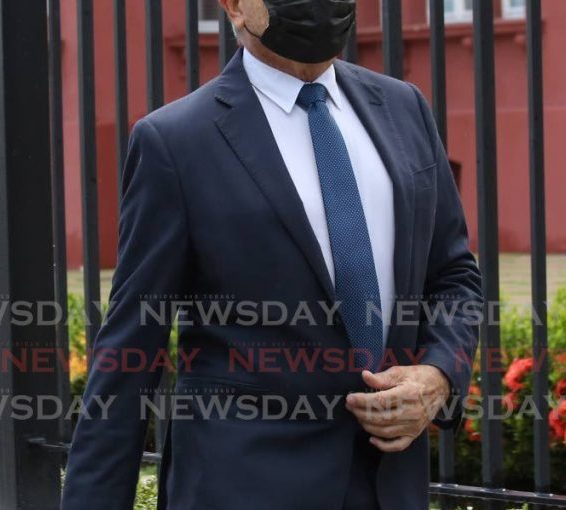 What will he announce in 2022 budget? – TRINIDAD AND TOBAGO WAITING ON COLM

3 weeks ago·5 min read
ShareTweetPinShare
Home
Local News
What will he announce in 2022 budget? – TRINIDAD AND TOBAGO WAITING ON COLM

AMIDST recent sharp increases in the price of most basic food items, an increase in taxi fares and an economic slump exacerbated by the global pandemic (despite a recent surge in global energy prices), the country waits with bated breath to see what new economic pains – or relief – will come its way when Finance Minister Colm Imbert presents the 2022 budget at 1.30 pm in Parliament.

This will be Imbert’s sixth budget presentation since he was appointed finance minister on September 11, 2015. It could also arguably be the most challenging one he has presented to date.

With Trinidad and Tobago, like the rest of the world, still grappling with the covid19 pandemic, the population will be looking to hear from Imbert how Government intends to keep them safe from the ravages of the virus and its variants, while presenting strategies that could provide some form of economic stability with the hope of growth in the short, medium and long term.

At a virtual news conference in August, Imbert said Government had spent over $5 billion in its response to all aspects of the pandemic and is committed to continuing to provide whatever help it can to people adversely affected by the virus.

A significant part of his presentation on Monday is expected to focus on all initiatives implemented to protect lives and livelihoods during the pandemic and any new initiatives being contemplated. The former are expected to include items such as salary relief grants (SRGs) and income support grants (ISGs) provided by the Finance and Social Development Ministries.

In April 2020, the Prime Minister created a Roadmap for Recovery Team to develop strategies to help guide TT economically into a post-pandemic world.

Some of the areas of focus were agriculture; digitisation and digitalisation; stimulating economic activity through construction projects and enabling the energy sector and providing adequate financial support for the services, retail, distribution, manufacturing and other sectors. Imbert is expected to give an update on some of these initiatives.

All of the budgets Imbert has presented to date have been around the $50 billion mark.

There is speculation he could continue that trend. Last year’s budget was pegged against oil and natural gas prices of US$45 per barrel and US$3 per mmbtu.

Last Friday, oil and gas were selling at US$74.87 per barrel (West Texas Intermediate) and US$5.62 per mmbtu respectively. It remains to be seen, in light of the current high energy prices, whether or not Imbert pegs the budget against the same oil and gas prices he used last year.

Some economists have speculated that the deficit could increase and Imbert’s previously stated intention of achieving a balanced budget may not be achieved in the next fiscal year.

On August 23, in a Twitter update, the International Monetary Fund (IMF) announced that around US$650 billion in special drawing rights (SDRs) had been distributed to countries most affected by the pandemic.

In a subsequent Twitter post, Imbert pointed out that TT benefited from the equivalent of US$644 million of that allocation.

“TT’s foreign reserves have just been boosted by the equivalent of US$644 million, as a result of a global distribution by the IMF of special drawing rights designed to help countries cope with the forex demands of covid19. Our net foreign reserves are now back over US$7 billion,” he said.

In its monetary policy report on September 30, the Central Bank confirmed that TT’s international reserves stood at US$7 billion as of September 17. The bank said this constituted over eight months of prospective imports, partly due to the inclusion of US$644 million from the IMF’s allocation.

The Finance Ministry’s Valuation Division has set a November 30 deadline for owners of residential, commercial and agricultural land or combinations of these lands, to submit their relevant documents by November 30.

Imbert is also expected to touch again on plans to establish a revenue authority.

The TT Revenue Authority Bill 2021, which will create this new organisation, which will replace the Board of Inland Revenue and the Customs and Excise Division, was passed in the Senate on September 17. The bill is currently before the House and could be debated sometime after the budget is passed.

While Imbert spoke about plans to replace the Central Statistical Office with a national statistical institute, the latter has not been created to date.

The budget’s allocation for Tobago could be an interesting one.

Last year, Tobago’s allocation was $2.1 billion, or 4.3 per cent of the budget. Tobago received allocations of $1.9 billion, $200 million and $18 million for recurrent expenditure, capital expenditure and the URP respectively.

Imbert also announced last October an additional $754.5 million allocation for expenditure in Tobago by various government ministries and statutory authorities in keeping with their legal obligations under the Sixth Schedule of the THA Act 40 of 1996.

THA Finance Secretary Joel Jack recently said the assembly has requested a $4.7 billion allocation from Imbert for the 2022 fiscal year. It asked for a similar figure last year.

Jack said he is optimistic Tobago will receive more than the minimum mandated by the Dispute Resolutions Commission.

“We anticipate the minister will keep giving and providing the assembly with funding beyond the barest minimum – 4.03 per cent – as he has done since coming into office in 2015,” Jack said.

With a THA election on the horizon later this year — after the six-six stalemate at the last election in January – there is speculation that Tobago’s allocation in the budget could take on an election flavour, with sweeteners thrown into the mix.

The THA (Amendment) Bill, 2021 was passed in the House on February 19, in the Senate on March 2, and assented to by President Paula-Mae Weekes on March 16. It was proclaimed into law on July 26.

He was concerned that a recent price increase in the energy sector may be taken for granted, again.

“Once there is any uptick of those prices, suddenly everything is forgotten, because it is so much easier, of course, to rake in the revenues from oil and gas,” Bharath said in an interview over the weekend. Bharath said there is a need to address growth for the long term rather than just one year.

Newsday reached out to several economists for their views on what could come in Imbert’s budget, but all preferred to remain mum, saying they will comment after the budget presentation.

The post What will he announce in 2022 budget? – TRINIDAD AND TOBAGO WAITING ON COLM appeared first on Trinidad and Tobago Newsday.