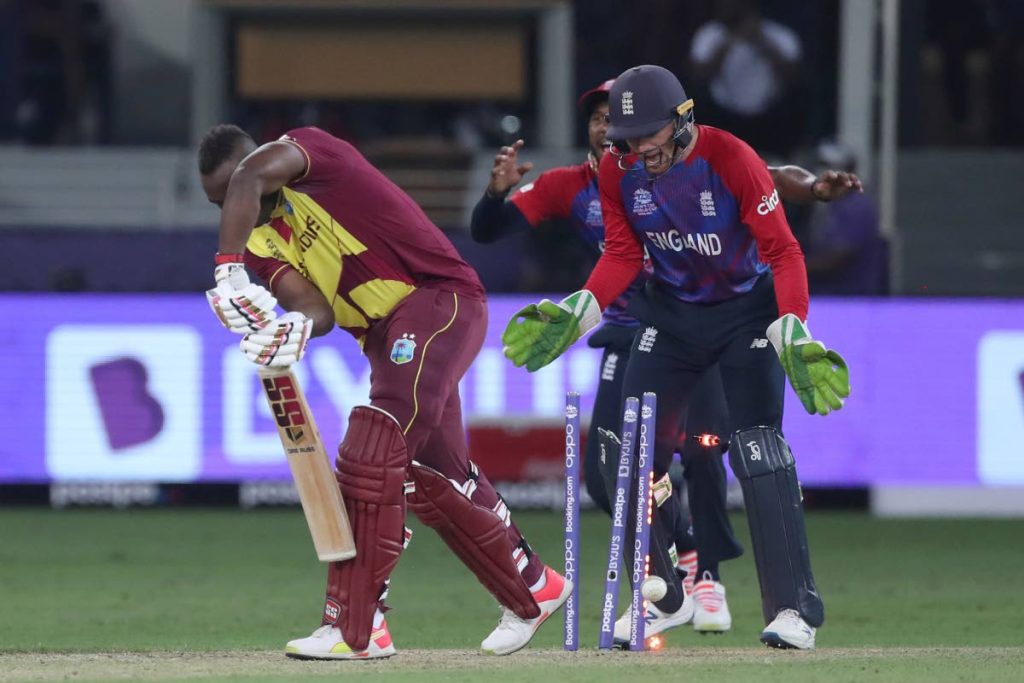 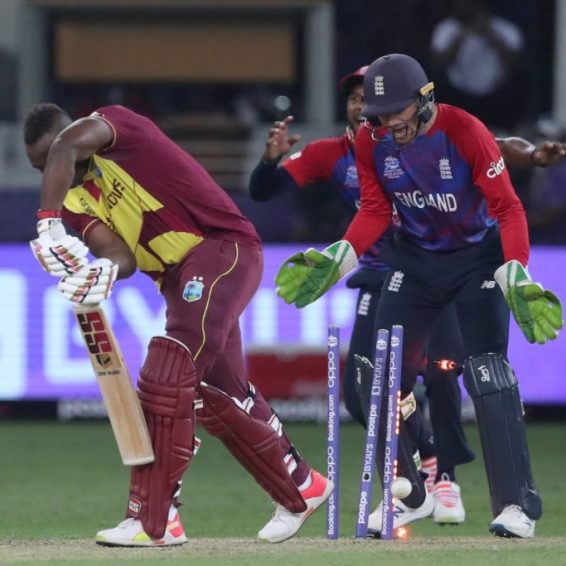 WEST Indies were crushed by six wickets against England after being dismissed for 55 in their opening match of the International Cricket Council T20 World Cup in Dubai, United Arab Emirates, on Saturday.

After being sent in to bat West Indies were on the back foot immediately as they struggled especially against the England spinners led by Adil Rashid.

The shot selection by the West Indies batsmen was poor, as most of them were caught.

Chris Gayle, who scored 13, was the only batsman to reach double figures, and the West Indies innings only lasted 14.2 overs.

In reply, England got to 56/4 in 8.2 overs, with Jos Buttler ending on 24 not out off 22 balls. Left-arm spinner Akeal Hosein snatched 2/24 in four overs, which included a spectacular one-handed catch off his bowling.

The West Indies’ build-up to the tournament was not ideal, as they lost both warm-up matches convincingly to Pakistan and Afghanistan.

Fyzabad fire survivor: I couldn’t save my sister and nephew

Many of the West Indies batsmen have struggled with their form in recent months.

The match between West Indies and England was a replay of the 2016 final when West Indies won the title after Carlos Brathwaite struck four consecutive sixes in the last over of the match. Brathwaite is not on the 2021 squad.

West Indies will play South Africa on Tuesday at 6 am (TT time).