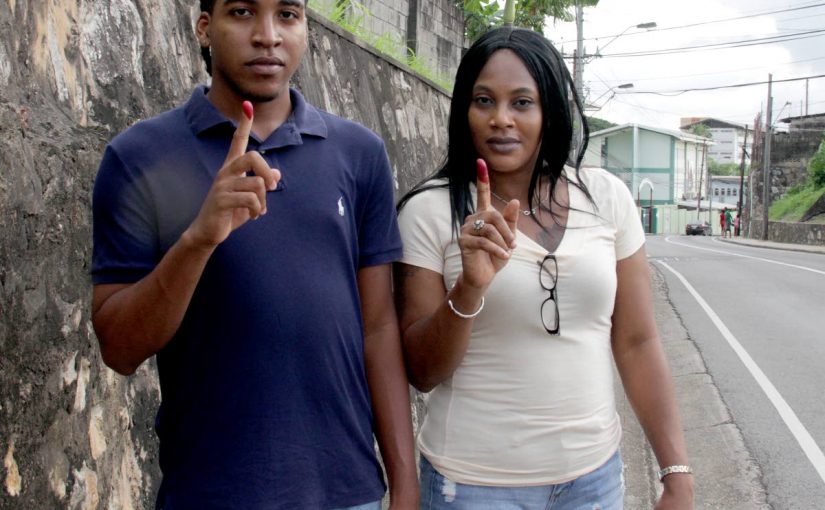 There was steady voting in the Belmont East district right up to the last minute of the by-election today.

First time voter Zidane Crawford, 19, was casting his vote at St Francis Boys’ College and he found the process was easy.

“I thought it would have been a lot of up and down. It was a simple system. Took three minutes.”

Crawford said there were people in the polling station with him and a last minute rush.

Jasmine Coppin, 43, said voting was quiet and she got through quickly. Asked why she chose to vote in the by-election she replied “The amount of thing going on in this country we just want change. That is my thing. To see change.”

There was a few voters as well at the St Francois Girls’ College polling station. Sheldon Hatt, 51, voted just ten minutes before the 6pm deadline for the polls to close.

“It was smooth. Everything look smooth.”

He said there were a few last minute voters trickling in while he was voting.

The post Voting up to last minute in Belmont East appeared first on Trinidad and Tobago Newsday.

Here’s What These Caribbean Roots US Lawmakers Are Saying About The Donald Trump, Putin Helsinki Presser