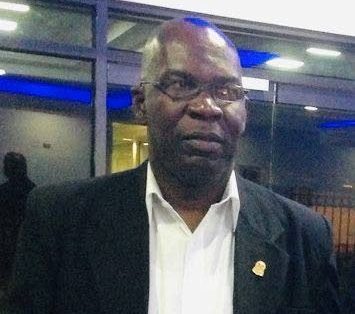 RETIRED DCP Vincel Edwards has withdrawn as a nominee to the troubled Police Service Commission (PSC).

A notice from President’s House announced this on Friday, the day after the body was left vacant by the resignation of chairman Bliss Seepersad.

Days before, three other members resigned in succession, alleging Seepersad had not consulted them when suspending Gary Griffith as acting Commissioner of Police (CoP) while Justice Stanley John investigated the issuance of firearms user’s licences (FULs.)

Edwards’ name appearedon Thursday on the order paper of the House of Representatives for next Monday in a notification in the name of Speaker Bridgid Annisette-George, and a government motion in the name of the Prime Minister to approve his nomination in a subsequent debate.

On Thursday former PSC member Martin George had urged the withdrawal of Edwards’ nomination, citing a possible conflict of interest, as Edwards wasformerly in the “bosom and the belly” of the police,

At midday on Friday came word of Edwards’ withdrawal, on the ground that he wanted to give the President a free hand moving forward to select a fresh commission.

The release said: “Her Excellency Paula-Mae Weekes has today withdrawn the notification of Dr Vincel Edwards as a nominee for member of the Police Service Commission.”

It explained his title by mentioning that Edwards recently did a doctorate in law at the University of Wolverhampton,

It said Edwards had stood down “to allow Her Excellency the widest consideration in re-constituting the five-member Commission.”

The President’s statement also said legislation requires that PSC members are qualified and experienced in the disciplines of law, finance, sociology or management.

“After suitable, willing candidates are identified, the President will consult with the Prime Minister and the Leader of the Opposition before issuing a notification to Parliament which is subject to affirmative resolution of the House of Representatives. As each notification is approved, Her Excellency will appoint the member to the Police Service Commission.”