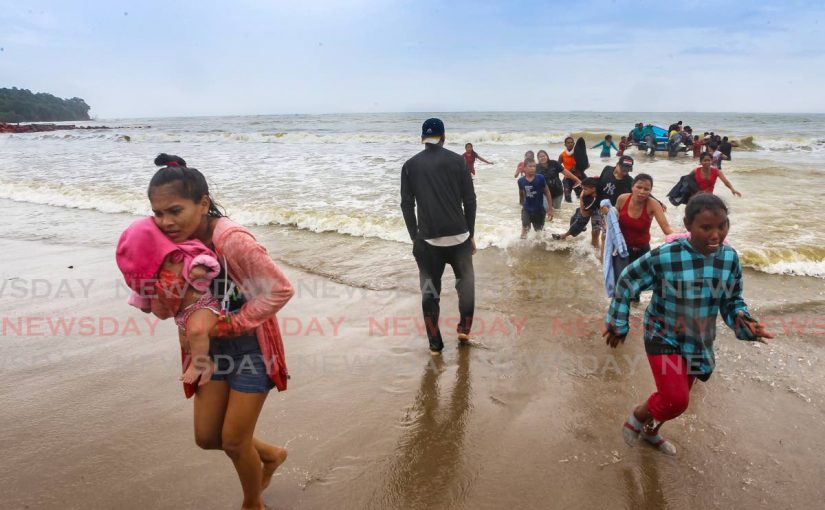 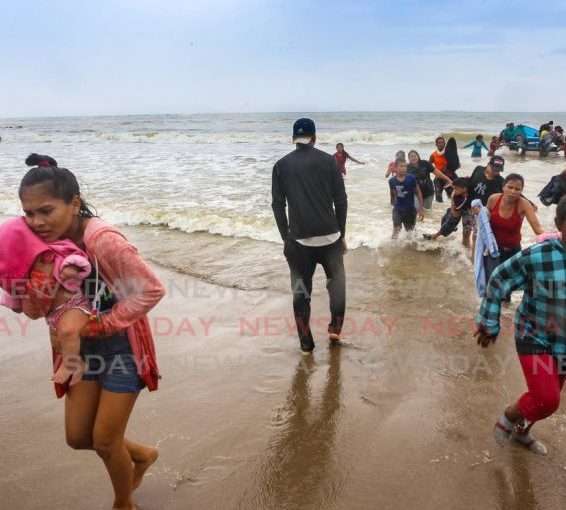 News
In this November 24, 2020 file photo Venezuelans arrive on a beach in Los Iros. Naparima MP Rodney Charles said migrants continue to arrive in the country illegally during the 2022 budget debate on Saturday. Photo by Lincoln Holder

Three Venezuelan children detained along with their mother after entering TT illegally over the weekend were repatriated on Monday.

This was confirmed on Tuesday by their father, José Ramón Herrera.

Herrera told Newsday on Tuesday afternoon he had only spoken to his wife via text messages.

“My children and my wife are already on their way to Caracas. They will be with relatives for some time,” he said.

The three children and their mother were among the group of 65 Venezuelans repatriated on Monday by Trinidad and Tobago authorities.

Their boat was returned to Guiria, Sucre state, Venezuela. They lived in Margarita before coming to TT.

Herrera’s three children, who are 11, 12 and 18, are musicians and were part of the Venezuelan Symphony Orchestra, which broke the Guinness Record as the largest in the world in November.

Herrera, who teaches automotive technology, has lived in TT for more than three years.

He said he tried to obtain visas for his family seven times, but was unsuccessful.

So he and his wife decided they would enter the country illegally. But on the morning of December 24 they were detained by the Coast Guard.

Concerned, Herrera tried to appeal to the human side of the Trinidadian authorities. He made a call to the Prime Minister publicly,but his pleas did not move any TT authorities.

Still saddened and dismayed by the situation, he said: “I want to apologise to the people of TT, to the citizens of this wonderful country. I know that trying to do things irregularly is not the right thing to do. But they are difficult decisions that Venezuelans must make. Sometimes they turn out well, sometimes they don’t.”

Herrera said his family would not attempt a trip illegally again and that he is considering returning to his country to be with them again.

“The socioeconomic situation in Venezuela is very difficult, and going home would be a risk for me and my family economically. But I want to be with them, so I need to think about a decision for the benefit of all in the coming months.”