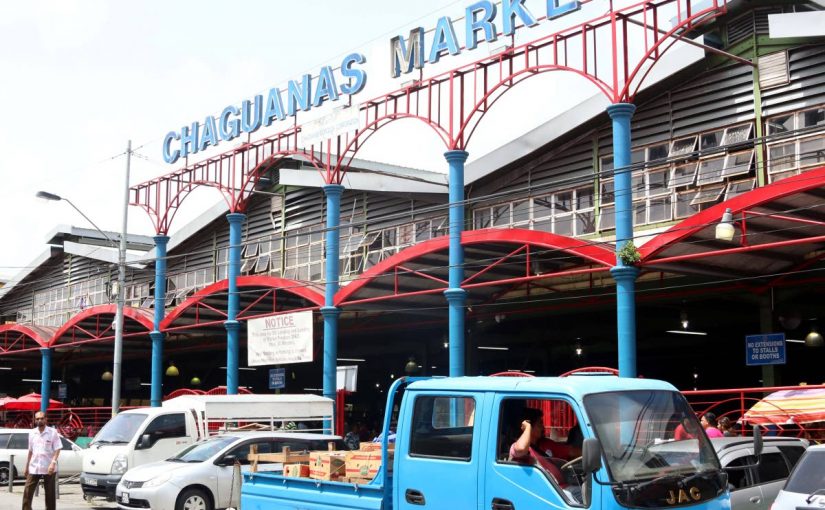 CHAOS broke out at the Chaguanas Market this morning when over 20 vendors were barred from selling their produce along the walkways.

President of the Market Vendors Association Crystal Dillon said although the vendors were told they would not be allowed to sell in those areas before, they believe they are being treated unfairly.

“For many years these vendors were given chits and charged a fee for using the spots, then the new administration wants to stop them from selling and expect that we will accept this? No, that is not going to happen,” Dillon said. She said for years the vendors have endured unsanitary conditions and have been disrespected by market clerks.

After Municipal police barred the vendors from entering with their produce around 7 am, a group assembled and walked to the nearby Chaguanas Borough Corporation where they met with Mayor Gopaul Boodan. Boodan was sympathetic to their plight and walked back to the market with them.

Chaguanas West MP Ganga Singh and Couva North MP Ramona Ramdial were both on hand to lend support to the vendors. Boodan tried to get market clerks in the administration office to come out and address the vendors but the staff refused.

The vendors then threatened to storm the office and occupy it until their issues were resolved. Boodan was able to keep the peace and after an hour-long meeting outside of the administrative office, he told the vendors that although he cannot change the rules of the market, he would grant them a seven-day amnesty so they could sell the produce they had already bought.

He said within the seven days, he would meet with them and the market administrators to come up with a permanent solution.