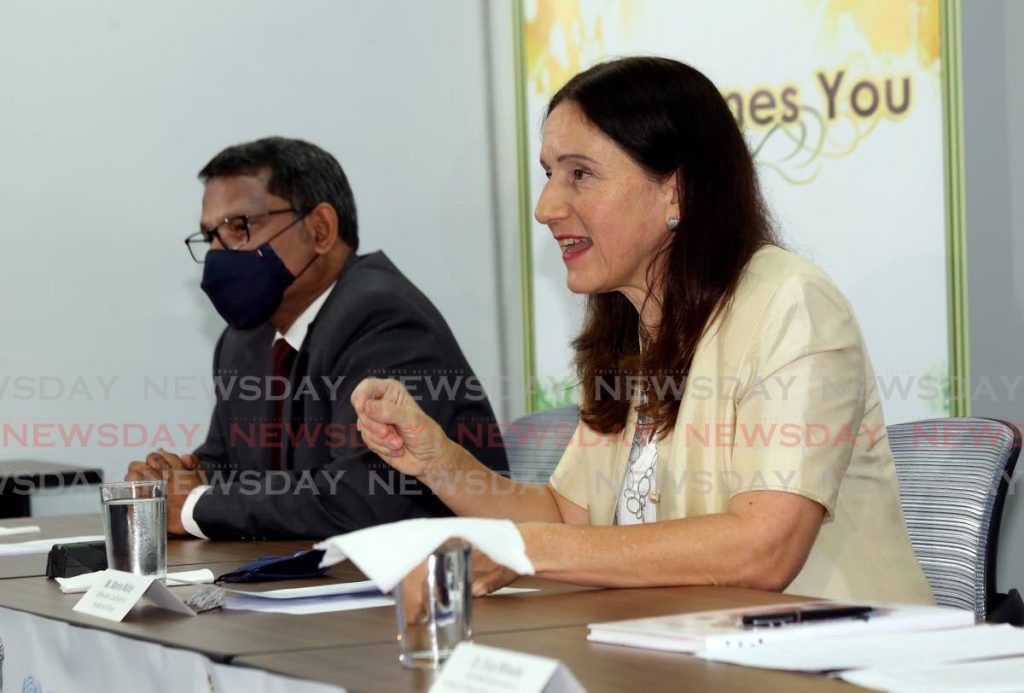 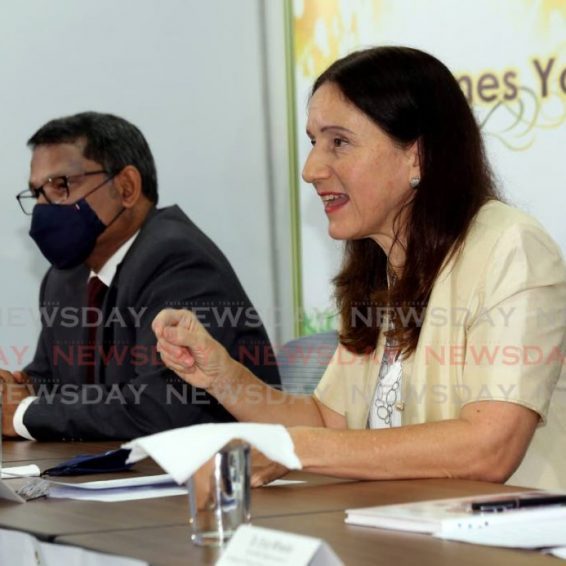 A partnership between India and the UN Development Partnership (UNDP) Fund will see the introduction of robotics and telemedicine systems to Trinidad and Tobago.

It is part of the covid19 pandemic management strategy. This funding will support the healthcare project “Bringing High and Low Technology (HALT) to Covid19 in TT,” which began in September. It was launched on Thursday at the office of UN resident co-ordinator in TT Marina Walter.

The Government of India has donated US$1 million to the project, which the UN team in TT, the Pan American Health Organisation (PAHO) and the World Health Organization (WHO) will implement over the next year. They will be assisted by the Ministry of Health and technical support from the University of TT.

Walter said apart from washing hands, wearing masks and social distancing, the covid19 fight needed to be taken up a notch and use technology as well.

“There is a space in this battle against covid19 for digital technology like telemedicine, medical consultations through automated solutions, that allow patients to do routine medical consultations over the internet or to be registered and screened at a health centre or hospital, while they wait to be seen or vaccinated.

Walter added that such technologies would also reduce the burdens on the health care system, nurses, doctors and auxiliary staff.

Introducing the medical sector to digital solutions, she said, will have a catalytic effect on the population, even in their daily lives.

High Commissioner of India Arun Kuma Sahu said this project was part of the US$14 million grant that was promised for the development of Caribbean nations at the first India-Caricom summit, in 2019.

He added India’s contribution to the fight against covid19 had assisted many nations with vaccines and other humanitarian assistance.

Kuma Sahu said, “The Caribbean region, including TT, received over half a million doses of WHO-approved AstraZeneca Covishield vaccines to fight the pandemic.

“Furthermore, in its bid to handle the pandemic, it utilised e-TEC programmes to share technical expertise and knowledge with other developing countries.”

PAHO/WHO representative to TT Dr Erica Wheeler explained that the UN country team, in collaboration with TT, had developed a framework for an immediate socio-economic response to covid19.

She said this meant that people should be able to receive health services without the burden of finding finances.

“The initiative seeks to develop integrated approaches that would increase access and equity in health services for the ordinary citizen.

“Bringing high and low technology to TT is a means of building the resilience of TT to the effects of the covid19 pandemic,” Wheeler said.

The project has four output benefits which include telemedicine service that will allow medical professionals to remotely serve at least ten individuals simultaneously; eight mobile healthcare robots that can be used during patient registration, patient evaluation and communication, including people with disabilities and Spanish speakers; 50 hand-hygiene stations that will be accessible to people with disabilities; and 55,000 washable masks for high-risk people.

Wheeler said, “In terms of the pandemic, the robots can be placed in health care locations, where the highest number of cases are being recorded, to capture patient information and other services. The robots can be subsequently repurposed to screen passengers at airports and seaports, as seen necessary by the Government.”

UTT will be supporting the project with robotics research and development of a multi-disciplinary team of experts, including students, to support its implementation.

Its president, Prof Prakash Persad, said, “In our previous projects, we would have seen that people have a reluctance towards new technology in their presence.

“We learned a lot about how we can integrate technology into human interaction in a way that is accessible. Whatever lessons we have learned, we want to bring to this project to ensure the project is successful.”