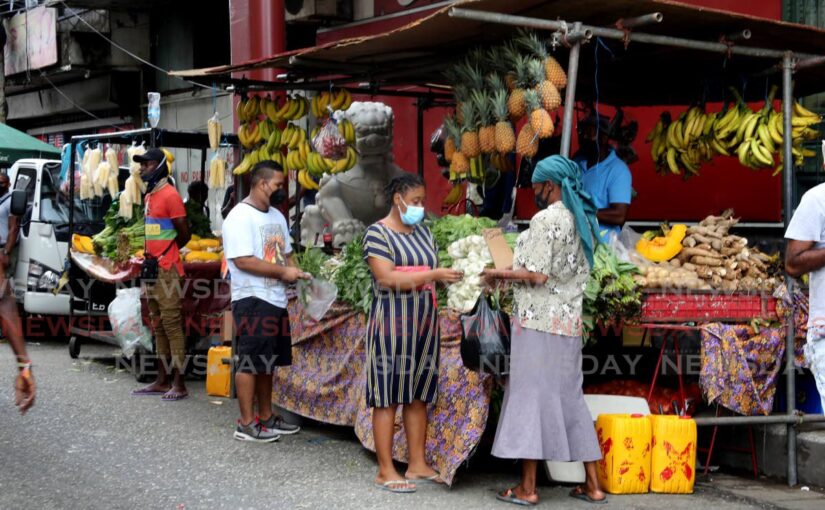 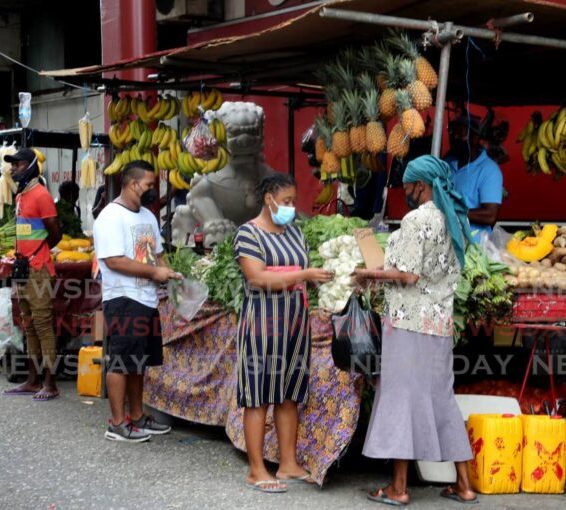 Cutomers shop at fuuit and vegetables vendors along Charlotte Street in Port of Spain on Saturday. – SUREASH CHOLAI

A recent report by the Food and Agriculture Organization of the United Nations (FAO) has indicated that world food prices are set to hit an all-time high soon.

The FAO said the despite the resilience shown in covid19, rising prices of food and energy have placed developing and poorer countries at insurmountable risk.

“The increase is driven by higher price levels of internationally traded food commodities and a threefold increase in freight costs.

“Developing regions account for 40 per cent of the total and their aggregate food import bill is expected to rise by 20 per cent compared to 2020. Even faster growth is expected for low-income food deficit countries, due to higher costs more than higher food import volumes,” it said.

Cereals, animal fats, vegetable oils and oilseeds, fruits and vegetables, fishery products and beverages, the FAO said, were driving the bulk of the increases for developed regions.

He said the 30 per cent global food price increase at the end of September was not only driven by the covid19 pandemic but also external extremities such as labour shortages, flood, drought and extreme cold, shipping logjam and wildfires in key production areas like western Canada and California.

It signals the need to eat what we grow. Local produce is widely available and though we see seasonal increases of a few items of produce, generally prices have been lower than previous years driven by increased production and increased availability at the markets and from a wide range of vendors.”

Rambharat said of concern was grain prices because it as a major imported staple and affected the prices of protein and critical imported food, but the ministry continued to monitor the global market to make adjustments accordingly.

Agricultural economist Omardath Maharaj said the idea of food diplomacy, like vaccine diplomacy, will be a source in which developed countries leverage their power on the developing world, and TT would be no exception.

“This possible outcome, directly resulting from our history of underinvestment and failed policy in agriculture, challenges the ability to feed ourselves – inclusively – into the future.

“These conversations and issues affect everyone. It is not only a problem for farmers, fisherfolk, coastal communities or those living in the low-lying areas of our country.”

Maharaj said a compounding effect of the pending food pandemic, as he described it, would impact heavily on diversity of the household food basket and diet.

As net disposable income falls, he pointed out that there was need for responsive social safety nets for people of differing socio-economic backgrounds, so they do not fall below the minimum living standard and that such measures should be protected from abuse.

“People on the ground are contemplating the cost of feeding their families sufficiently. Current availability should not mask the underlying issues and future access.

“We have to pay attention to agriculture and food production in this country, and start food security planning to avoid price, production, and market volatility resulting in a food chain crisis.”