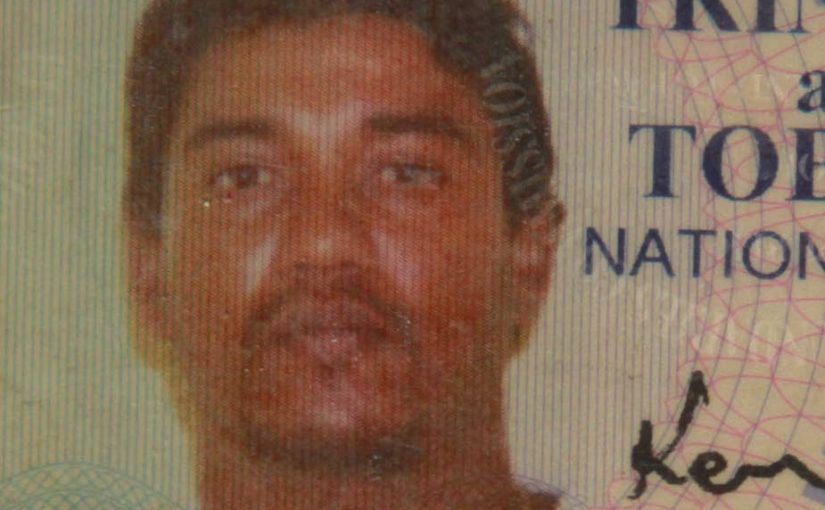 A RANSOM demand of US $100,000 was made yesterday for the release of Kenny Soogrim, a 46-year-old La Brea fisherman, hours after men dressed in police uniform took him away from the family’s home under the pretext of arresting him.

The drama unfolded at about 3 am yesterday when three men, two in tactical police uniform, went to the house at Union Road, Vessigny La Brea shouting ‘Police, Police’. Relatives said that one of the men, who appeared to be about 60-years-old, handed Soogrim a document purporting to be a warrant to search for arms and ammunition. Soogrim’s wife and their two children are on vacation in Venezuela.

However, there was a couple who had overnighted with Soogrim. Soogrim allowed the men to enter the house while they ordered the couple to sit on a chair.

The man initially believed to be police, began searching the premises.

After claiming to have found marijuana in a bag, they handcuffed and took away Soogrim. They left in an AD wagon, which South-western police later discovered had been stolen in Cocoyea Village, San Fernando, over a year ago.

“When we went to the police station, police said they had nothing to do with that. They checked with Guapo and Point Fortin police. When the first call came, the person asked for US $50,000. About 20 minutes after, there was another call, this time for $100,000 by 3 pm Wednesday.,” said a relative.

The post US $100,000 ransom for La Brea fisherman appeared first on Trinidad and Tobago Newsday.

No religious rites for Sir Vidia

Wed Aug 15 , 2018
HE often said he had no religion and so Nobel laureate Sir Vidia Naipaul’s funeral in London will not be a religious one. “Emphatically a non-religious affair,” the Observer newspaper in London quoted Naipaul’s close friend, the novelist and scriptwriter Farrukh Dhondy, as saying in an interview. No date has […]