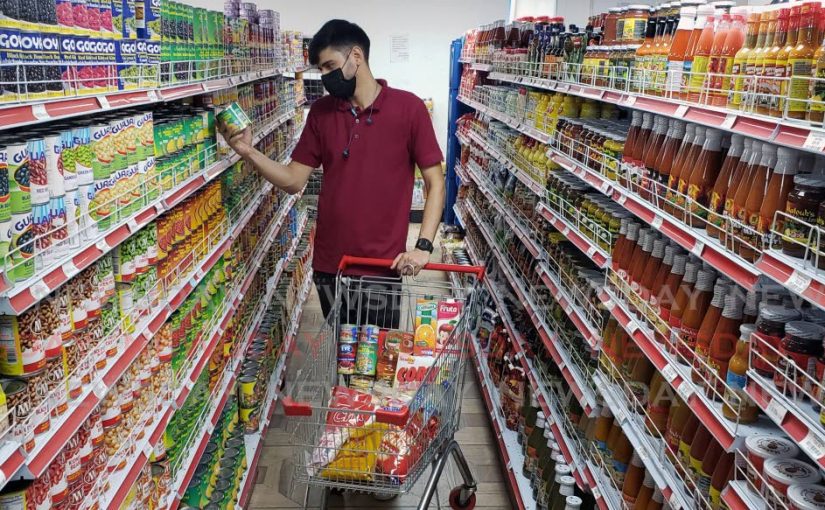 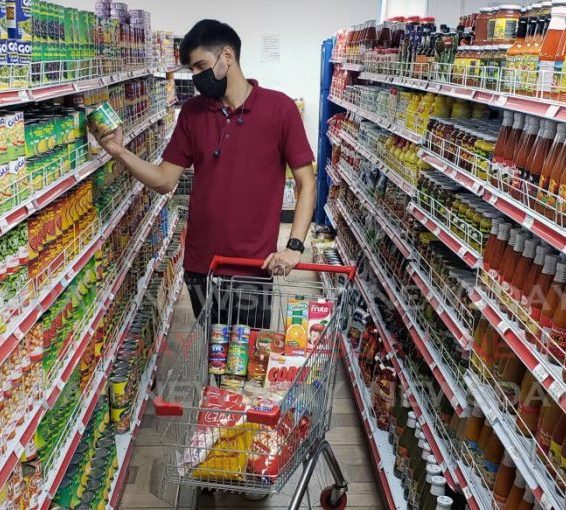 Rhaynnet Jimehez checks the price of a canned food product at supermarket in Port of Spain on Monday. – PHOTO BY ROGER JACOB

While Government has announced a list of food products that would be zero-rated effective November 1, it does not mean the items would be exempt from price increases.

Supermarkets Association of Trinidad and Tobago president Rajiv Diptee said external price shocks in the food and distribution sector have affected the demand and supply equation that the sector has been unable to balance.

Speaking at the association’s virtual post-budget forum on Tuesday evening, he said while consumers have more basic food items on the zero-rated list, the announcement meant a removal of 12.5 per cent tax but it does not affect the cost incurred by importers to import the item.

Diptee said, “Supermarkets in TT and net importers of food are price-takers and not price-setters. As long as we are not manufacturing something or making something or growing something, we are going to be importing in it, and that is very important to note, because that is where the demand for foreign exchange continues to linger.”

When asked further about price increases, he explained that value-added tax (VAT) was within the remit of the Government and free market economy forces globally, where demand and supply are concerned, dictates the price of the product domestic importers have to pay.

“We have to purchase it at the source which is from foreign companies at the price they have to fetch for the good. That price we have absolutely no control over. TT are price takers at the source,” Diptee said.

He explained that importers and distributors, globally have been unable to balance the demand and supply which has created global shortages.

Challenges for foreign exchange, increased freight and shipping cost and the ease of doing business owing to the fallout of the covid19 pandemic, Diptee re-iterated continued to be major constraints in operations.

“This has affected not just supermarkets but all containerised forms of transported goods and indeed TT is a net importer of not just food but many things.”

Diptee said they were awaiting further clarification on the list because some of the items (corned beef, curry, sardines, and smoked herring) were already zero-rated as listed in Section 8 (2016), Schedule 2 of the Value Added Tax Act.

He also added that they were proper classifications of the items because what was listed on Monday was a generalisation.

“We saw removal of VAT on these items, these items which were VAT-rated have now shifted to the zero-rated category. Based on the generalisation, because it is not a specific classification, what exactly is it that we are getting into? So, we hope to be getting some revisions of this?”

In a statement on Wednesday evening, Imbert clarified that the items he spoke of in his presentation were examples and not an exhaustive list which has since been released. The items include a range of cooking oils, teas, a wider range of cereals, additional spices, such as geera and black pepper, roti skin, sliced meats, as well minced and soya chunks.