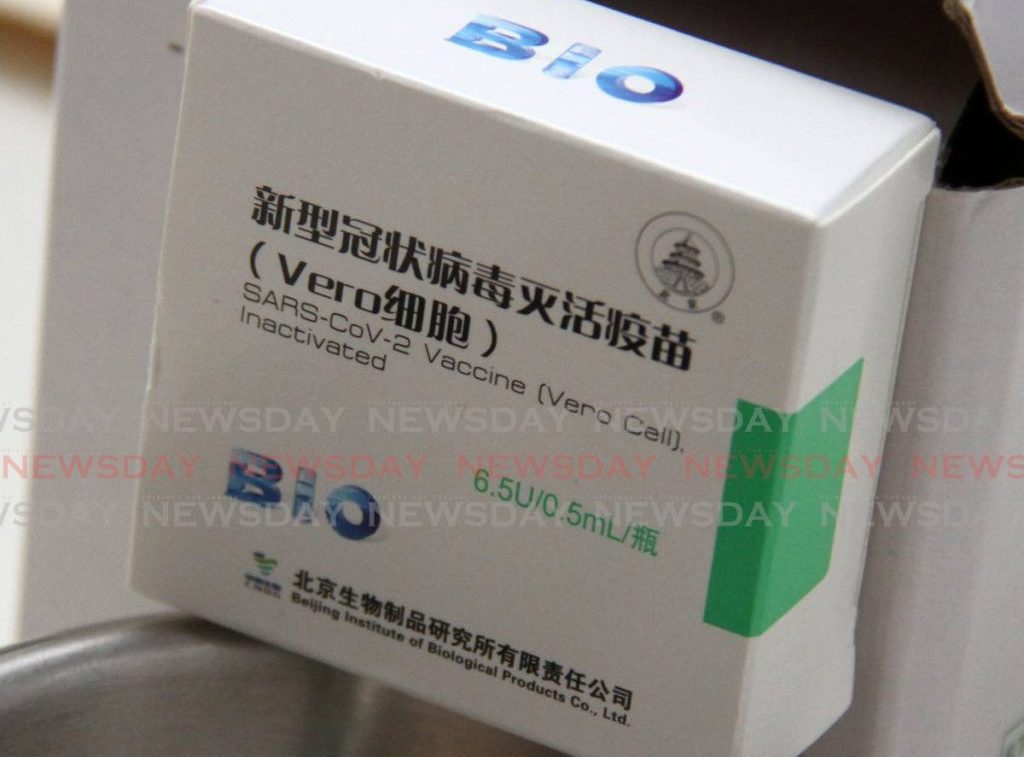 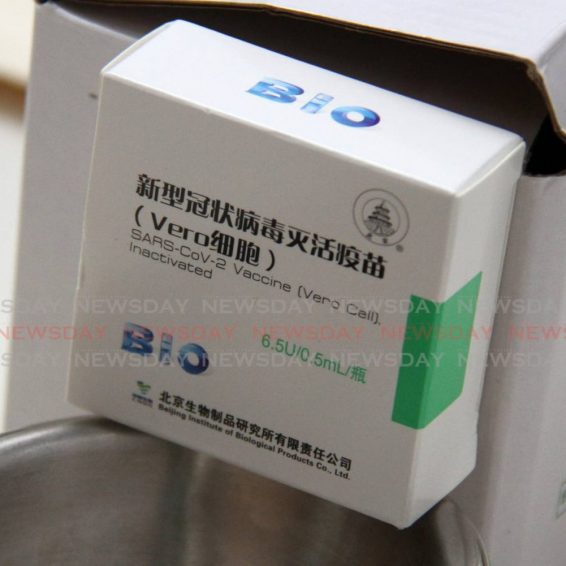 [Updated] Despite covid surge, no rush for vaccines

The tent designated for people wanting their 3rd dose of the covid19 vaccine at the Southern Academy for the Performing Arts, San Fernando on Thursday, had a very slow turn out on the first day. – Photo by Angelo Marcelle

Even though health officials are currently seeing a surge in covid19 cases and deaths, there remains a lull in the number of people getting fully vaccinated.

On Wednesday, the Ministry of Health reported 512 new cases in its daily update, which represented the highest jump in daily confirmed cases since June 4.

From November 1-10, Trinidad and Tobago recorded 3,146 new cases, which accounted for a 5.3 per cent increase in total cases and 110 new deaths.

At the Ministry of Health’s virtual press conference on Monday, epidemiologist Dr Avery Hinds said the country is currently seeing a steady surge of new cases and deaths which started in October.

In contrast to the ongoing surge, there was only a 3.2 per increase in the total number of fully vaccinated people when Newsday reviewed all the ministry’s covid19 updates from November 1-10.

The data shows people who are not fully vaccinated accounted for 92.3 per cent (5,033 of 5,453) of patients entering the parallel healthcare system between July 22 and October 27.

The low demand for covid19 jabs was reflected when Newsday visited the Southern Academy for the Performing Arts (SAPA) mass vaccination site in San Fernando on Thursday.

Shortly after 11.30am, there were no more than ten people registering for their first jabs, with even fewer there for their second or third jabs.

Lenny Bahadoor was one of the few persons that showed up at the Southern Academy for the Performing Arts, San Fernando on Thursday, to get their 3rd dose of the covid19 vaccine. – Photo by Angelo Marcelle

Gulf View resident Lenny Bahadoor, who is in his late 60s, was one of the people waiting for their third shot, though he was doing so somewhat unwillingly. Bahadoor told Newsday that if his wife hadn’t insisted, and he didn’t feel he had no choice, he might not have taken the third jab.

He explained, “You see, next thing I take this (expletive) thing and end up on the ground. You don’t know what could happen…it’s a risk and we don’t know.

“But I’m still taking it.

“Third dose start from yesterday (Wednesday) I don’t think they’ve gotten much feedback, so I wanted to hold on for a while and see what happen to who take third dose, to know it working.”

When Newsday spoke to La Romaine resident Sookdeo Arjoonsingh, he was in a more upbeat mood.

Arjoonsingh told Newsday, “At this point in time, I enjoy taking the third shot.

“I’m a family man who spend a lot of time with my family, so I am also doing it for them.

“I say thanks and praise to the Government for providing these vaccines.”

Arjoonsingh said he has also made it his duty to encourage his friends and family to get vaccinated.

Sookdeo Arjoonsingh showed up at the Southern Academy for the Performing Arts, San Fernando on Thursday, to get his 3rd dose of the covid19 vaccine. – Photo by Angelo Marcelle

When Newsday visited the Couva District Health Facility on Thursday, over two dozen people were waiting to get covid19 vaccines, with some inquiring about the process of getting their third jab.

An official at the South-West Regional Health Authority (SWRHA) told Newsday the authority continues to do all it can to get people vaccinated, which includes weekly “road trips” around the region. On Thursday, it hosted its weekly road trip at the Debe Market.

North Central Regional Health Authority (NCRHA) CEO Davlin Thomas said despite the current national covid19 surge, there has not been a corresponding surge in vaccinations in his region. To date, Thomas said the vaccination rate remains just above 40 per cent, which is on par with the national trend.

But while this is the trend, Thomas said it must not be accepted, given the severity of the “deadly monster” that is covid19.

“I could only implore people to get vaccinated especially given what the statistics are saying.

“If you look at the quote from Dr (Maryam) Abdool-Richards, the ICUs are filled with people who are unvaccinated.

“It is an indicator that vaccination is an individual responsibility, that people should take vaccination seriously in the face of the monster that is covid19.”

With a continued shortage of intensive care unit (ICU) beds in the parallel healthcare system, Principal Medical Officer Abdool-Richards is continuing to plead for people to get fully vaccinated and reduce their chance of needing to be warded in ICU if they get covid19

During Wednesday’s virtual covid19 press briefing, Abdool-Richards said 52 of the country’s 60 covid19 ICU beds were occupied, with 46 of those patients not being fully vaccinated.

Despite the challenges, Thomas said the NCRHA will continue its outreach activities.

“Ultimately the choice to get vaccinated is an individual one, but there are different tiers of intervention to get people vaccinated, beginning at the Ministry of Health with ads and much more.

“We (at the NCRHA) are also continuing to engage in different tiers of intervention which include community activities and mass vaccinations.

“We are basically visiting elderly homes, we’ve had community fairs and we’ve even recently participated in the National Care Fair…so the effort to get people vaccinated is enormous.”

Tsoi-a-Fatt told Newsday, “Vaccinations have slowed over the past few weeks but we at the ERHA are constant in our effort to provide vaccines. We go around and continue to try to do what we do.

On Wednesday, the Ministry of Health began giving a primary third dose of the Sinopharm, AstraZeneca and Pfizer vaccines and a second doses of the Johnson & Johnson vaccine.

For people who received the Sinopharm vaccine, a third primary dose is recommended for those 60 and over.

A box of Sinopharm vaccines. – Photo by Angelo Marcelle

Sinopharm recipients who are moderately or severely immunocompromised will also be targeted one-three months after their second dose.

Of patients who received the AstraZeneca, Pfizer, or Johnson & Johnson vaccine, only those who are moderately to severely immunocompromised will be targeted for their additional one-three months after their final dose.