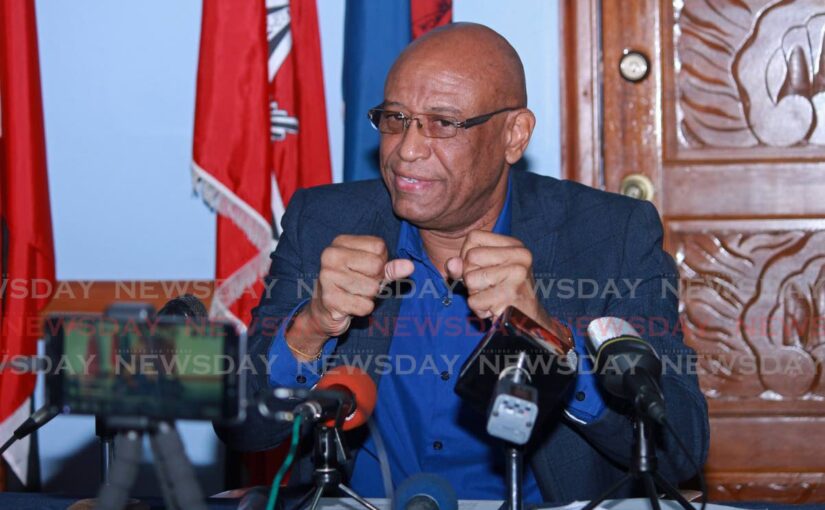 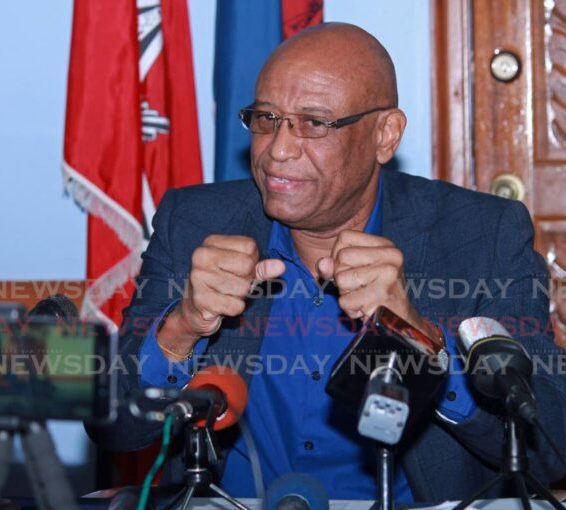 Joint Trade Union Movement (JTUM) president Ancel Roget said the leaders of the trade unions will be meeting outside the Prime Minister’s office at Whitehall on Wednesday at 10 am to protest what he calls the government’s high-handed approach towards vaccination of public servants. He said this was not a protest action or a march, so police permission is not needed.

At a virtual media conference on Monday, Roget said this was the first of a series of actions planned by the movement.

The Police, Fire, and Prisons sectors have some of the lowest vaccination rates in the public service, with constant outbreaks taking place.

He said the government acted in a dictatorial manner by making the announcement without consulting the trade unions. He said no mention was made of the recommendations to Cabinet by the industrial relations advisory committee.

“It has never been a term and condition of my employment to be vaccinated, my collective agreement or work arrangement does not speak to me being vaccinated as a condition of employment, that it is wrong for anybody to unilaterally impose vaccination on myself or my members.”

Roget said the government had not done enough to address the concerns of individuals about how they would react to the vaccine. The trade union leader, who is fully vaccinated, said he would have spoken to people on the shop floor about the benefits of taking the vaccine and convinced some to take it.

“I got vaccinated because I accept the science that I should have an extra layer of protection within my body should I contract the coronavirus.

“If, in the end, there are concerns, we advocate for the employers to call in the professionals to answer the questions that the employees may have about the vaccine. We would be, through our education and research departments, implementing and consulting with our employees and members about the benefits of taking the vaccine.”

Roget said the unions are asking companies and the government to be liable if a worker has an adverse reaction to the vaccine. He would not say if they (the union) should be liable if someone contracts covid19.

“Our position is that if I suffer the adverse effect of the vaccination, that is the liability I want the employer to accept if you are forcing me, as a condition of work, to take a vaccine that I do not want to take.

“If I get sick, it’s my choice not to take the vaccine. If I don’t take the vaccine, it’s not the be-all and end-all, it’s that I take personal responsibility and measures to protect myself – social distancing, wearing the mask, and sanitising and have responsible behaviour because the coronavirus is real. So not only that I don’t want to get it, I don’t want to spread it.

“There are households where there are vaccinated and unvaccinated, and what the Prime Minister is advocating is that the people who choose to be unvaccinated in those households, if the breadwinner says he or she for whatever reason chooses not to take the vaccine, that whole household is penalised.”

Phillips to Government: Stop forcing people to take the vaccine

Roget said if the measure was allowed to go through, it would have a negative effect on the public sector, as well as the industrial courts.

“It will grind the public service to a halt. You will be putting more strain on those who remain and the capacity of the public service or any entity to deliver will be seriously compromised, and the quality of the service will be reduced. It’s plain to see if you have less people performing the same amount of work, it will put a strain on any system that is engaged.

“On Friday we made the point that the industrial court is under-resourced, and therefore it would not be able to cope with all these filings that come before the court. It will put onerous additional strain on the court if the matter is not resolved amicably.

Roget called on government to meet with the trade unions about the vaccine mandate.

Workers in the various ministries and state enterprises were offered vaccines beginning in early April.