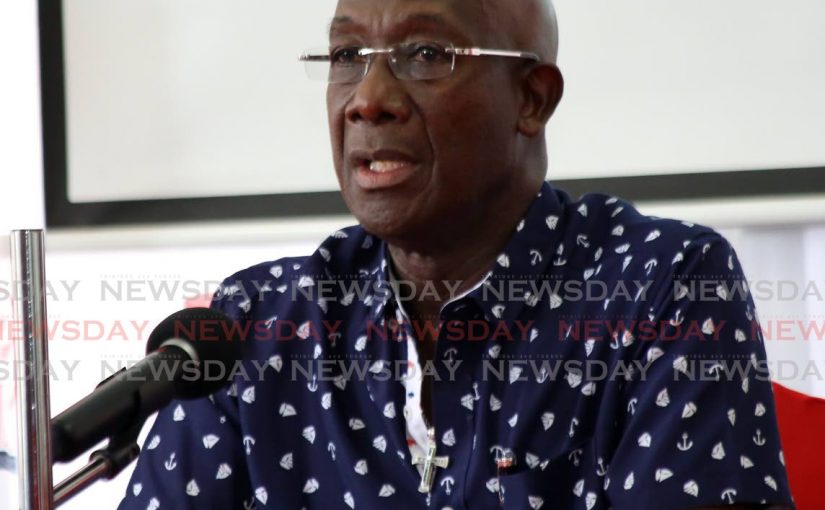 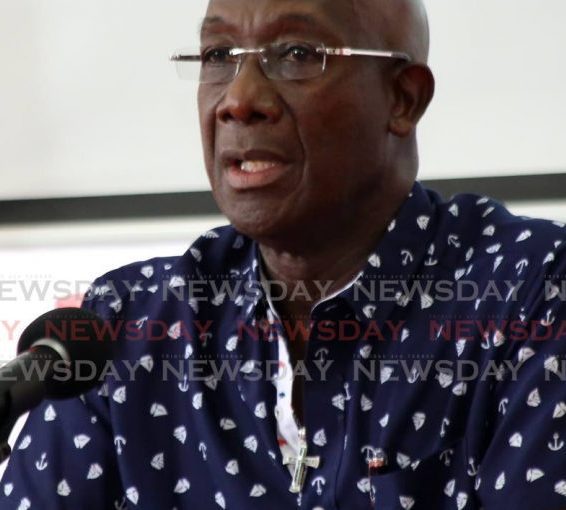 UNC: Should PM be in quarantine after golf-cart incident?

1 month ago·2 min read
ShareTweetPinShare
Home
Local News
UNC: Should PM be in quarantine after golf-cart incident?
The content originally appeared on: Trinidad and Tobago Newsday

The UNC has asked if the Prime Minister should go into quarantine after an accident at the Magdelena Golf Resort in Tobago on Saturday led to an employee at the golf resort, identified as Debra Gordon, discovering she tested positive for covid19.

In a release sent to the media on Friday, the UNC implied that Dr Rowley might have been infected after his golf cart collided with her.

“It is reasonable to assume that given the fact that the accident victim said she didn’t get confirmation of her status until yesterday (Thursday), the Prime Minister would have been unaware of his exposure.

“Considering all accounts, should Keith Rowley immediately go into mandatory quarantine for the recommended 14 day-period, as per the Public Health Regulations imposed by the Ministry of Health and his Government. Or are these regulations only for the average citizen?”

The UNC argued that there is one rule for the citizens of Trinidad and Tobago, but another for the Prime Minister.

“Parents cannot take their kids to the beach, but Rowley and his entourage can play golf unfettered by any restriction. Where is the science in this?”

The Ministry of Heath in regulation 4 (1)(b) of the public health regulations made it an offence to operate a club as defined in section 2 of the Registration of Clubs Act which included sporting clubs.

However in September 2020 the Minister of Health granted an exemption to clubs which support sporting activities as long as those activities are not contact or team sports.

The UNC’s National Women’s Arm also complained about Rowley’s “lack of concern” after the woman was hit.

“PM Rowley’s most recent actions must be taken in that context, to appreciate the personality of this man, and the messages he is sending to young men in our country,” said the women’s arm in a release sent to the media on Friday.

“The media’s attempt to blame the innocent golf cart is hilarious,” the release added, “However what is not hilarious is the absence of any remorse, concern and care by the Prime Minister.”

“This is someone’s mother and she deserved better.”

Rowley, in his own account of the incident, said he was sitting in the cart, parked behind another cart, while the manager and staff of the Magdalena were changing keys because his cart was not starting. Meanwhile, Gordon passed between the two carts to put Gatorade into his cart.

As she made her way back between the two carts, Rowley’s golf cart started and moved forward.

“I immediately stopped it by braking but not before it came into contact with the woman,” Rowley said.

The Magdalena Grand said Rowley,general manager Vinod Bajaj, another employee and a member of Rowley’s security detail came to the woman’s assistance.

However in an Express report, Gordon said Rowley did not get out of the cart, but a member of his security detail and Bajaj picked her up and put her on a chair.

Gordon is said to be in quarantine after being treated at the Scarborough General Hospital.