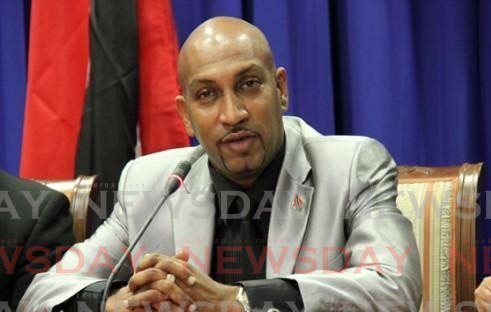 IF GOVERNMENT pushes through with its plan to furlough any public servant refusing to take the covid19 vaccine, the Opposition will challenge this in court.

This was the promise on Sunday by UNC Senator Anil Roberts and former health minister Dr Tim Gopeesingh who both spoke at a virtual press conference.

Dr Rowley warned that apart from a certified medical reason against vaccination, any public servant refusing to be vaccinated will be sent on leave without pay, until they are fully vaccinated.

In response to this, Roberts said that Opposition Leader Kamla Persad-Bissessar immediately reiterated her position and the position of the UNC, “No to forced vaccination, no to forced mandatory vaccination.”

He said the position of the UNC has always been that the vaccination programme, “as woeful as it is under the PNM, is one of the necessary tools to keep the people safe.”

Both Roberts and Gopeesingh – the former Caroni East MP – described Government’s move to make mandatory vaccination for public servants as one ordered by a “tyrannical dictatorship,” and one which they promised to fight in the courts if implemented.

The two men predicted this move (mandatory vaccination for public servants) will have damaging consequences in several sectors.

Roberts said Government must remember vaccination is just one tool in the fight against the virus, and that focus should also be placed on sensitising the public on all that is necessary to remain safe.

“We believe vaccination is one tool but many other tools need to be improved so we can stop losing citizens at a rate of 30 per day,” Roberts said. He reiterated that the UNC will not support any legislation for mandatory vaccination.

“Keith Rowley will do what he wants to do to come with a majority to mandate to oppress and dictate to us. They may bully us in parliament because they have the majority and there is nothing constitutional we can do at that point. But our lawyers will look at it and go to the courts,” Roberts said.

Gopeesingh said the high vaccine hesitancy still lingers because the public isn’t completely clear on the efficacy of vaccines and has lost confidence in government’s ability – even with all of its efforts – to contain and reduce the impact of the virus.

He said Rowley is now “desperately grasping at straws,” by “declaring war on citizens for his mismanagement and incompetence. Patients are dying at home without being given basic drugs to help develop immunity, 12,000 citizens are at home infecting their families,” Gopeesingh said.

Gopeesingh further described the move to make vaccination mandatory for public servants as “totalitarian and authoritarianism in nature, which speaks volumes on how government has been run under this prime minister – with a certain degree of arrogance, intemperance, and this has been his modus operandi for the last six years.

Murdered pig farmer’s spouse to killers: God will avenge me

“And I think the citizenry has become disgusted with the prime minister and his team because they are displaying total incompetence across the board. We are against this type of approach to mandatory vaccination. This is against the human right of a citizen under Sections 4 and 5 of the Constitution.”

“The prime minister should be ashamed of himself and the total mismanagement of the pandemic and he should do the ultimate thing and resign. This whole parallel health care system they have been talking about is a sham, a deception.”

“Why isn’t testing efforts boosted, the deaths of the citizen on the hands of Rowley and (Minister of Health Terrence) Deyalsingh and they have to be accountable. I will agitate that a commission of inquiry must be done into Rowley’s mismanagement and gross incompetence in his management of this covid19 pandemic.”

The national vaccination programme began on April 6 and since then, up to Sunday morning, a total of 655,886 people took a covid19 vaccine and 659,702 are fully vaccinated.