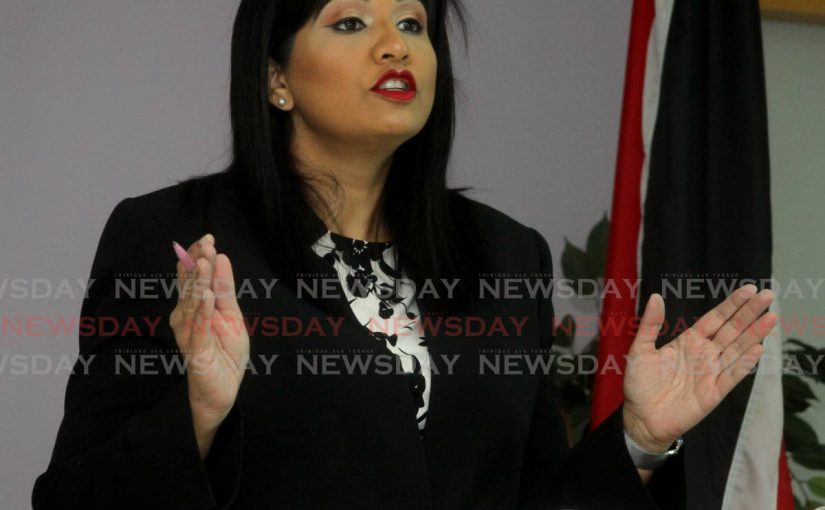 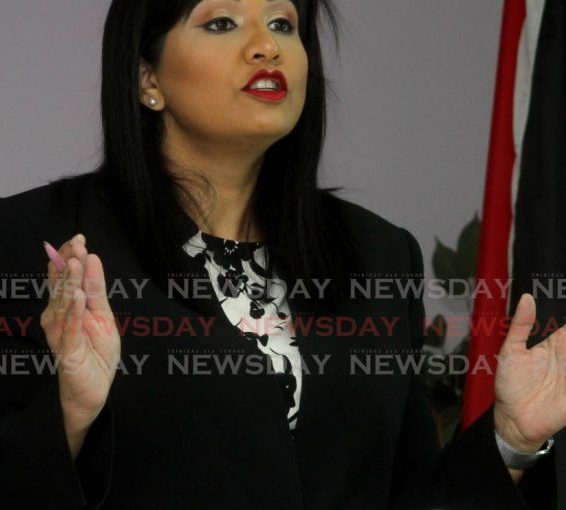 UNC: President did not act in public’s best interest

The Opposition does not think President Paula-Mae Weekes acted in the public’s best interest in the matter of the Police Service Commission (PSC) and the appointment of a police commissioner.

The Opposition shared its view at its weekly press briefing on Sunday, at its Charles Street, Port of Spain office.

Opposition Senator Jayanti Lutchmedial addressed the President’s full-page published statement on the matter which was printed in all three daily newspapers.

She said any person who holds office must act in the best interest of the people.

“I do not believe that what we have heard so far and even with the President’s explanation today of what her actions or lack of action was in this situation that she acted in the best interest of the public in this situation.”

She said it was “quite frightening” that anybody could take information to the chairman of a service commission about someone who is a candidate; who maybe on a merit list; who has applied for a job or shortlisted for a job and that can cause the entire process to be quashed and the Order of Merit List to be pulled back, “that is a very dangerous situation.

“It really speaks to the level of autocracy, the lack of discipline and the lack of independence that we are seeing in our institutions which are enshrined in our constitution for a reason. It insulates them and ensure that they remain independent.”

Lutchmedial said that what should happen if someone has credible information is that it should go to the appropriate authorities to investigate.

She added that there were authorities set up in law, such as the Police Complaints Authority (PCA) and the Professional Standards Bureau, whose job it is to investigate police including the commissioner.

Lutchmedial said the information should not be revealed to Rowley or former PSC chairman Bliss Seepersad but those authorities.

“This is what you consider, Madame President and you are now almost defending, justifying and making excuses for this information being passed to the Police Service Commission (PSC) when nobody can say how credible in the information is.

“We are left to assume that it was credible information because they pick up two fellas somewhere on the road and tell them – who have no office – and tell them go on a fact finding exercise.”

Lutchmedial asked if it was preferable for someone to “shoo-shoo” and whisper with Seepersad or tell the commission certain things and give them information that is not verified and “scrap the whole recruitment and selection process prescribed by law.”

“You think that is better than going to the Parliament?”

Lutchmedial said the 2006 amendments passed by the then late former prime minister Patrick Manning administration was a suite of legislation which abolished what was then known as the power of veto that the Prime Minister enjoyed over the appointment of the Police Commissioner.

She said the reason for doing so was because the notification would have to go to the Parliament and it is there that the opportunity would present itself to debate the “same concerns the Prime Minister was writing about.”

She said by writing to the former chairman of the PSC and “by passing this information on to them surreptitiously and secretly” the Prime Minister gave himself the power of veto.

She said the President went to great pains in her statement to emphasise that her office has not allowed nor encouraged any improper interference and so on, but “if you know the person who may have done so it is your duty to identify them and your duty to speak out and stand up to that level of interference.”

Saying that Weekes was a distinguished legal mind, Lutchmedial said the President must know that it was not an option for someone to feed information to a service commission regarding a matter of grave importance and for the commission not to follow through with proper procedure.

Lutchmedial also said the need to know, and the public desire’s to know, is not knowing for knowing sake but confidence in institutions.

She said she understands there are things that are confidential but there were also systems in place.

“We have processes and procedures. Had it come to the attention of the public that the process had to be scrapped because information was received and that information was passed on to the appropriate authority…

“That the source of that information was an appropriate authority and a trustworthy source, not some mongoose gang of two who was picked-up and appointed by a Prime Minister who has already been complaining about the person, then it would be easy to say that the need for confidentiality existed…

“And you can give the public some sort of comfort in knowing the established protocols, processes and procedures were followed.”

She said in this situation the Opposition thinks that the Prime Minister was left unchecked in the manner in which he was conducting himself both by the President and former PSC chairman Bliss Seepersad.

“And everyone was marching to the beat of the Rowley drum and that cannot be acceptable to the citizens of TT.”