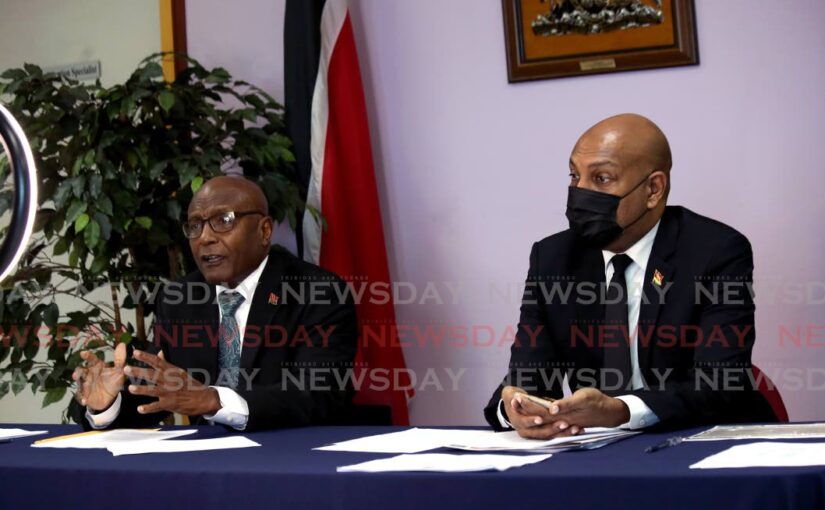 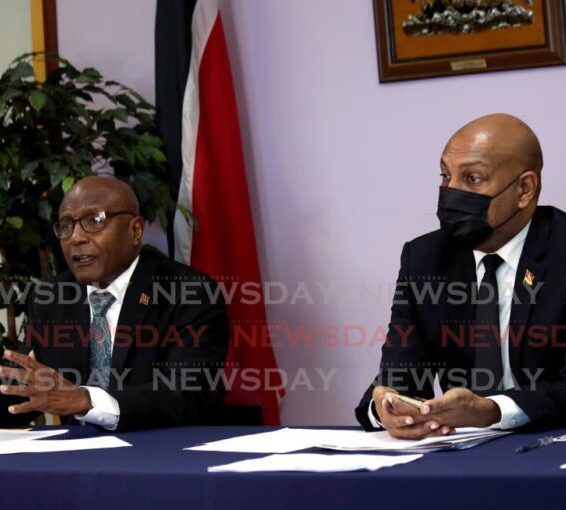 The United National Congress (UNC) is calling for the resignation of National Security Minister Fitzgerald Hinds in the wake of what it says is a country out of control with murders and the covid19 pandemic.

Manning has been hospitalised with covid19 and is receiving care at the High Dependency Unit (HDU) of the Couva Hospital and Multi-Training Facility.

At the UNC’s weekly press conference held at the Opposition Leader’s Charles Street, Port of Spain, office on Sunday, MP Rodney Charles and Senator Anil Roberts addressed crime and the Prime Minister’s purchase of a townhouse in Tobago respectively.

Charles said, “Death pervades us. We are now normalising death with covid victims and out-of-control murders.”

He referenced the recent murder of prison officer Nigel Jones who was shot and killed in front of his four-year-old daughter.

He added that TT had 77 murders and 462 covid deaths in November alone.

Charles described November as the “bloodiest month ever” even though TT was then under a State of Emergency.

“People are becoming accustomed to death….We average 20 deaths from covid a day and we take that normal, normal.”

Charles said, with 77 murders in November, if that rate continues, TT will head for 924 murders in 2022 and beyond.

He said the Dr Rowley held a news conference on Friday and did not address the high murder rates.

“It is every man for himself in TT. That is where we reach.

“We have reached a stage now where we are reading about deadly plots by prisoners to escape prison. It is like the wild, wild west, Bonanza. Tombstone territory where every man lives as long as his draw.”

West: Trinidad and Tobago did not support Beckles’ reappointment at UWI

The Opposition offered advice on how to survive in TT: by not getting into arguments.

Charles said while Rowley, Minister of Energy and Energy Industries Stuart Young and Hinds walked around with armed security, everyone else was left to fend for themselves.

Charles said the UNC called for the immediate resignation of Hinds.

“We call for his resignation for gross incompetence, his inability to do his job effectively, the out-of-control murder rate since he assumed office and his inability to command the respect of those under him.”

Charles claimed TT’s prisons did not have basic security and asked why. He said, in other countries, technologies were used in the prisons such as facial recognition, motion detector sensors and 360 degree cameras.

“TT is bypassed at all levels globally. We are still trying to stop guns and cell phones from getting into our prisons. Meanwhile, in the federal correctional complex in the US, there are surveillance cameras that have 360 degree view, there are motion detector sensors located all over the prison and face-detection technology to help identify inmates.

“When will Fitzgerald Hinds ever get to this point?”