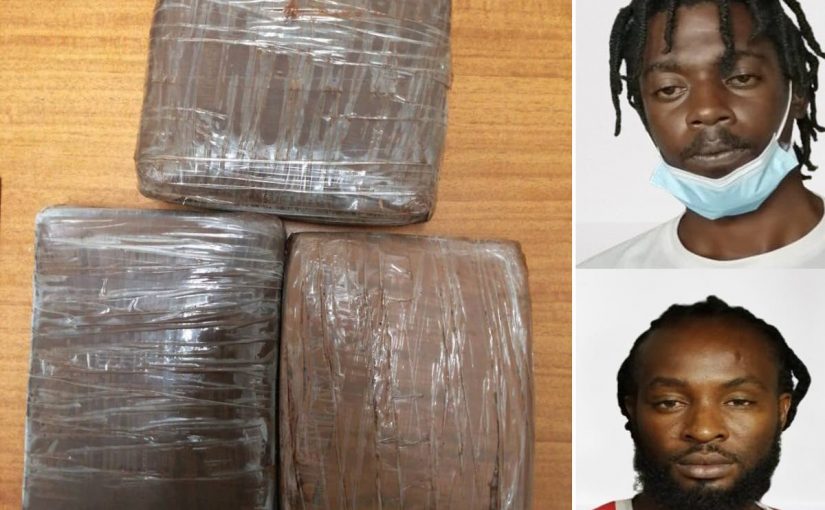 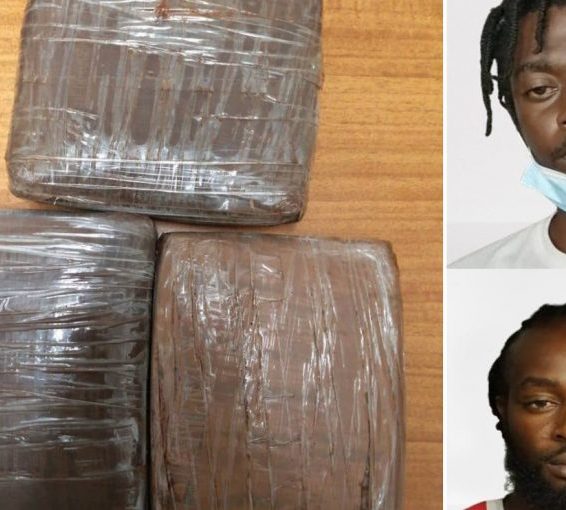 JAILED: This composite photo shows, top right, Ronnie Huggins and, bottom right, Wayne Huyghue, who were both jailed for six months on Thursday for possession of three packets of marijuana, photo at left, for the purpose of trafficking. PHOTOS COURTESY TTPS – ttps

TWO men were sentenced to six months’ imprisonment with hard labour by a Point Fortin magistrate on Friday for possession of marijuana for the purpose of trafficking.

A police release said Ronnie Huggins, 30, and Wayne Huyghue, 32, both of Point Fortin, appeared before magistrate Alicia Chankar to answer the charge laid by PC Loubou.

After both men pleaded guilty, the court heard that at 8 pm on Wednesday, police received information which led them to stop a vehicle driving along the Cap-de-Ville Road in Point Fortin.

During a search, they found three packets of marijuana which collectively weighed 1.6 kilogrammes. Huggins and Huyghue were arrested, taken to the area police station and charged.