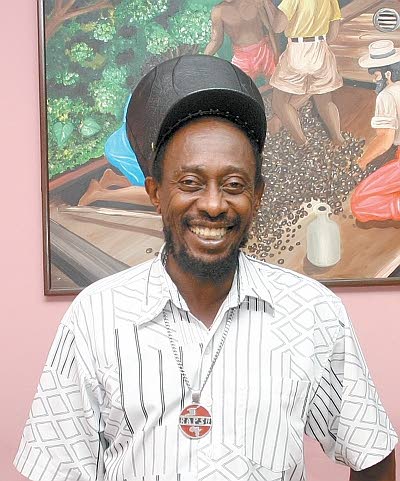 PRESIDENT of the Trinbago Unified Calypsonians Organisation (TUCO) Lutalo “Bro Resistance” Masimba has signed a memorandum of understanding (MOU) with UWI-Roytec on the business of entertainment. The signing took place at Roytec on Henry Street in Port of Spain yesterday.

“It is indeed a proud moment for TUCO, because we are celebrating 25 years as an organisation, and we couldn’t find a better way to celebrate it than with this collaboration with UWI-Roytec,” Masimba said.

He added that TUCO has been trying to move the organisation away from the perception that it is a Carnival organisation whose only concern is with negotiating prize monies and getting money from the government.

“We have been on this road of education within the entertainment industry for quite some time now, and this collaboration with UWI-Roytec is very important, because when we came to them, they had the same kind of vibe.

“So it wasn’t a question of trying to convince UWI-Roytec that we should do a programme, it was a question about working out how we are going to do the programme and the best possible way to do it.” He said the course was a certificate course in the business of entertainment, and is open to the general public.

“But there will be a bias towards calypsonians and members of TUCO, because in the entertainment industry you need people who can fulfil the role of managers, booking agents and positions that we don’t have or we take for granted in TT.

“If we are talking about developing the creative industries – and TUCO is a leader, being the vanguard for quite some time – then we have to point in a direction in terms of bringing some other things into the conversation. That is why this programme is extremely important.”

During her address, Wendy Augustus, executive director of UWI-Roytec said the events leading up to the MOU being signed yesterday, started two years ago. “Brother Resistance’s leadership capability, his passion for music, the arts and the people of TT have never wavered. I knew backt hen as I do now, that our conversations needed to become collaborations. So here we are, walking the talk, doing, building, empowering and sustaining,” she said.

Fri Jun 22 , 2018
Share CaribPR Wire, NEW YORK, June 22, 2018: This is an invitation to all media following Arbitrade and/or covering the cryptocurrency markets. You are invited to join Arbitrade’s Chairman, Len Schutzman, and management who will discuss their progress toward establishing Arbitrade as a world-class cryptocurrency exchange and coin company. They […]