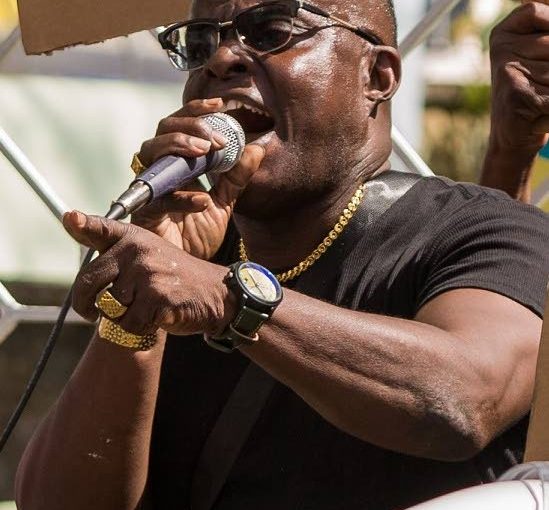 In a pre-action protocol letter, Peters’s attorney Peter Taylor called on the executive of the governing body for calypso to immediately hold an election for the presidency which he insists is vacant following the death of former president Lutalo Masimba in July.

Peters accused TUCO’s vice president Ainsley King of illegally assuming the position of president without a clear mandate from the organisation’s members.

“However, our client notes with acute concern the wording of a media release that was issued by TUCO and dated September 24, 2021, which states inter alia that: ‘due to the death of our President Mr Lutalo Masimba our vice president Mr Ainsley King is now the president, the post of vice president is now vacant…”

Taylor said the quoted excerpt from the press release gave an entirely misleading and false impression that on the death of a sitting president, the vice president automatically assumed the substantive office as head of the organisation.

“This is contrary to the clear and unambiguous wording of your organisation’s constitution article 9(j) of which provides: ‘The General Council shall have the power to fill a vacancy by the show of hands or by secret ballot until the bye-election takes place which will not be later than three months of such vacancy arising.’”

Taylor said Article 13(2) of the Constitution commands that a president shall be elected by secret ballot only.

He maintained that while the general council had the power to fill a vacancy by show of hands or by secret ballot when a vacancy arose, that provision was “a temporary or stop-gap measure to ensure continuity in the organisation upon the sudden or untimely death or resignation of a member.”

The attorney insisted it could not supersede the provisions of Article 13 (2) on the election of a president to the substantive post.

“There are very good reasons for this since the president is also president of the administrative executive and whose position is full time.”

Taylor said the functions of a president included presiding at all TUCO meetings, except zonal meetings; bear responsibility for the proper conduct of business at meetings; appoint committees and was an ex-officio member of all committees; transact all business pertaining to the office; and be the chief negotiator, initiator and motivating instrument in the advancement of the organisation.

The president also has the power to appoint clerical and other staff and to fix salaries and together with members of the executive is charged with discussing complaints lodged by anyone in respect to conduct of members of the organisation, Taylor added.

“The president’s responsibilities and powers are therefore both wide-ranging and far-reaching and his election ought to be secured by broad consensus as contemplated by Article 13 (2).

“Your purported bye-election for the position of vice president instead of president is therefore unconstitutional and is an attempt to ‘install’ Mr Ainsley King in the office of the president rather than seeking a clear mandate from the broad voting membership of TUCO,” the letter, which was addressed to the general secretary, said.

Taylor also called for the convening of a bye-election for the post of president, warning that if this is not done, his client would consider taking legal action against the body.

On Wednesday, King dismissed the allegations as sour grapes. He said he didn’t “assume the position,” but the issue was left in the hands of the general council which had the power to do what it did when it moved a motion to appoint him.

He said this was not a new occurrence since it had been done on at least three prior occasions and nobody questioned it.

King said Peters could have raised his objections with the council. King said as far as he was concerned the objection should be addressed by the council.

TUCO is the second governing body in the Carnival fraternity in a legal embroilment involving leadership issues.

Also facing a threat of legal action is Pan Trinbago over the postponement of its elections.