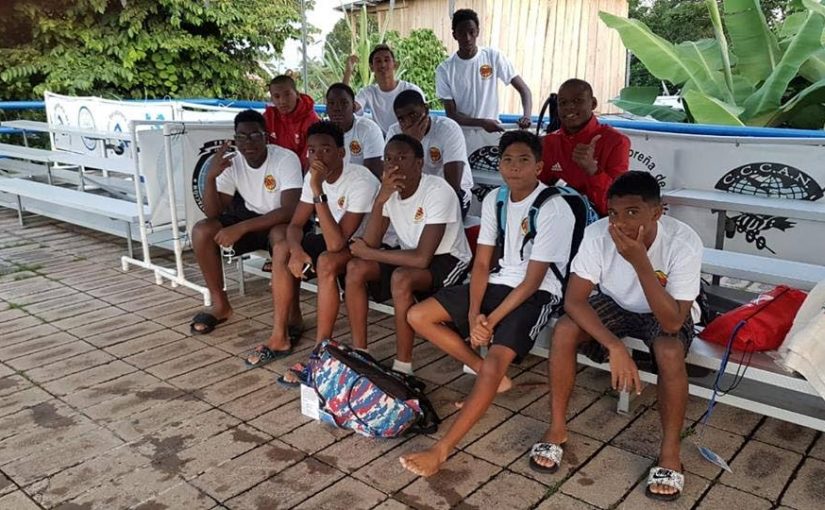 TT’s Under-16 water polo boys team opened their quest for gold at the Central American and Caribbean Amateur Swimming Confederation (CCCAN) Water Polo Championships on Thursday with a heavy loss to Puerto Rico and a convincing win over hosts El Salvador.

Their third qualifying fixture against the Bahamas was played last evening. The fourth and final qualifying fixture will be played today at 10 am. Even before reaching the pool, it was rough start for the TT contingent, who arrived at their hotel on Wednesday night but could not enter because of protests taking place around their base, which is located a short distance from the competition venue. They were then relocated to another hotel located a half-hour driving distance away.

In their opening match, the TT team suffered a 20-10 loss to Puerto Rico, one of the region’s traditionally stronger teams. Later that evening, TT rebounded with a convincing display against the hosts El Salvador, winning 18-10.

Head coach of the team, Charissa Hackshaw said she was pleased with the way the team responded after the opening loss.

“The first half they were a little timid (against Puerto Rico) but as we go through the second half, they got their rhythm and played as a team,” she said.

The fourth and fifth placed teams will also do battle today, a day before the semifinal round. On Monday, the championship match and the third-place playoff will take place.

The TT team is expected to return home on Tuesday at 4:37 pm.

Sat Jun 30 , 2018
SHUNELLE Sawh was named Cricketer of the Year at the FLOW Secondary Schools Cricket League awards held Thursday at the Chaguanas Borough Corporation Auditorium. Sawh of Holy Faith Convent, Couva was given the nod ahead of four other girls for her batting display during the season. The other nominees vying […]