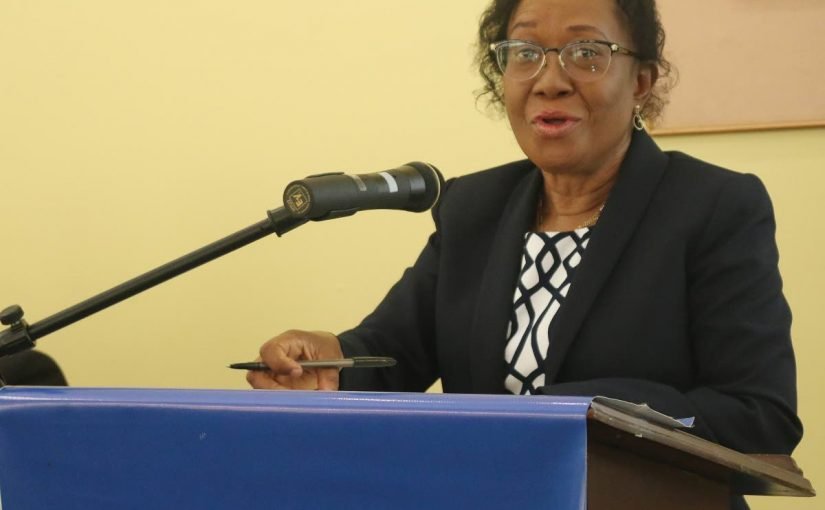 Trinidadians have become too lazy in growing their own food.

This was the opinion of principal investigator of University of the West Indies (UWI) Project and editor-in-chief of Tropical Agriculture Dr Lynda Wickham at the launch of the on-line special issue open access document of the journal at the UWI campus Monday.

The project was funded by the Canadian Government.

She is passionate about her work in producing local products and believes citizens could bring down the import bill by growing more local crops.

“I have given my whole career to food security and I am very passionate about our locally produced food. I think we should eat far more from what we grow and grow far more of what we eat, it is as simple as that.

“It is not because of the money. It is silly to be an independent country in 2018 and expect somebody else to grow for you. It is like somebody being a baby, being breast fed, 20 years old and depending on their mother to feed them. That is what it looks like to me. It is ridiculous, it is a waste of foreign exchange,” Wickham told Newsday.

She said while there was a lot of land available farmers needed to be encouraged in back yard production, household production and utilisation of food not only in production of basic primary foods, but in how they could do more in processing and preserving.

“I think unless we do that we are never going to get out of that nook where if that boat or that ship does not come in, we have a problem. You know we love to eat so if don’t have food here, we are going to have a crisis. This is a tropical region so we can grow so much. It is just amazing to me we have become so lazy that we don’t care to do more about what we eat. Look at wheat flour. At our lab we make flour out of banana, moko, plantain, breadfruit…these are under utilised and it is beautiful,” Wickham said.

Professor Emeritus Julian Duncan said it was important to find a way to extend the shelf life of food. “Hexanol has been found to extend shelf life extensively so you have less wastage. You would have things out of season and I think this is where the importance lies,” he said.

With the journal being online, Duncan said more people would be able to access the relevant information.

High Commissioner for Canada TT Carla Hogan-Rufelds said this was a sister fund of the Canadian International Food Security Fund which was first launched in 2009 in the wake of the food price crisis.

She said it was during the G8 Convention in Italy when leaders realised there had been a drop in funding for agriculture and needed to be redressed in the wake of the food price crisis.

“Since then we have had CAN$124 million to support this research fund. That was to be used for nutrition, poverty, hunger and to ensure that applied research was undertaken so that some of the issues that are faced by small older farmers can be addressed,” Hogan-Rufelds said.

The post ‘TT too lazy in growing own food’ appeared first on Trinidad and Tobago Newsday.

Tue Jul 24 , 2018
A member of a Port of Spain taxi-drivers association is claiming that his life has been threatened by PH drivers. He told this to a consultation between transport officials and drivers of taxis and maxi-taxis yesterday at the Motor Vehicle Authority at Caroni. The consultation was attended by Works and […]