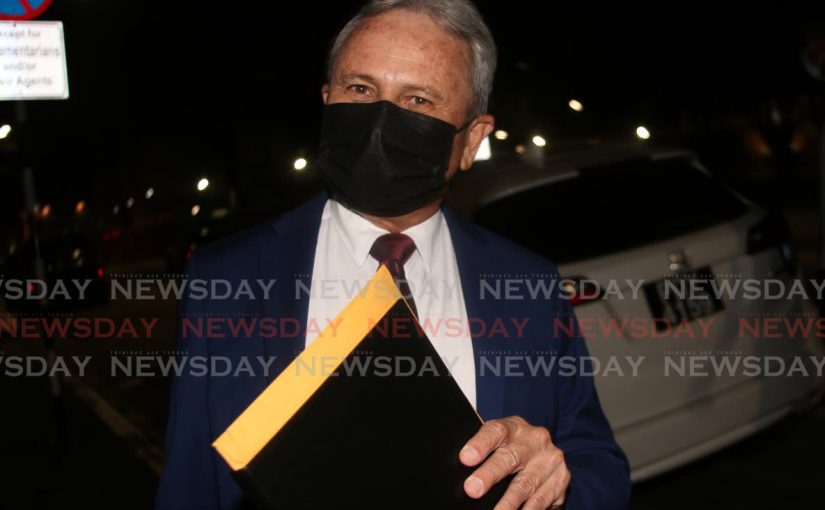 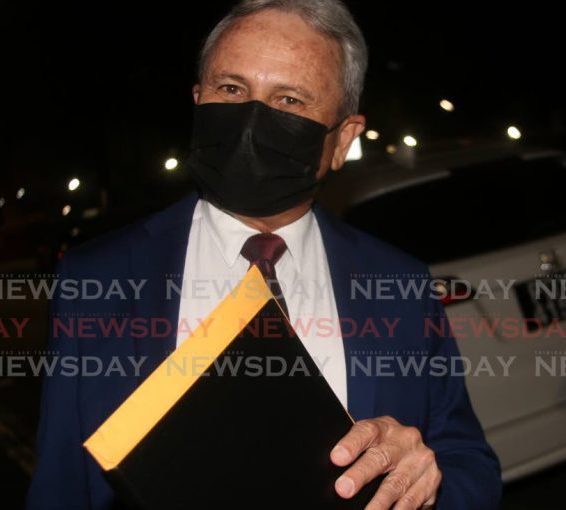 TT to benefit from rising energy prices – THINGS LOOKING UP

CONFIDENT in Government’s ability to lead TT out of the pandemic, and sure of strong prospects for economic recovery next year, Finance Minister Colm Imbert presented a $52.4 billion 2022 budget in the House of Representatives on Monday, which reflected Government’s optimism that things are looking up.

He offered relief for individuals in the form of increasing the number of basic food items exempt from Value Added Tax (VAT); removal of duties on devices to help the visually and hearing impaired; and continuing water and electricity rebates for the most vulnerable in society.

For businesses, Imbert promised initiatives such as continued financial support for small and medium enterprises (SMEs) hard hit by covid19; a tax holiday for new SMEs registering on the stock exchange; and removal of taxes on imported electric cars not more than two years old.

He promised more support for agriculture with a $300 million allocation in this year’s budget to build on the $500 million it received last year.

Tobago stands to benefit from initiatives such as an overall allocation of $2.357 billion, $30 million for agricultural development, new million-dollar hotel projects and $50 million to help hoteliers affected by the pandemic to get back on their feet.

As Imbert outlined the 2022 fiscal package, he dismissed complaints from Opposition MPs sitting across the aisle in the Parliament Chamber. “What wrong with them? They don’t like to hear good news.”

Observing this is the first time TT has had to face simultaneous health and economic crises, Imbert said Government was successfully guiding the country out of the pandemic and towards calmer economic seas.

With Government having spent US$18.1 million from its general revenues on covid19 vaccines, over a million doses administered to date, 800,000 doses still in stock and further vaccines on order if needed, Imbert said a US$50 million loan from the Latin American Development Bank (CAF) and a US$204 million loan from the China Development Bank (CDB), originally designated for vaccine acquisition, will be used for other purposes such as buying medical equipment and supplies and personal protective equipment.

With public health measures and covid19 vaccination continuing, Imbert was confident that signs of economic recovery would become more visible in 2022. He projected 2.3 per cent in non-energy-sector growth as covid19 vaccinations continue and initiatives such as the covid19 safe-zone initiatives for businesses take effect from October 11. Imbert once again saw the energy sector as a driver of recovery.

“Strong economic recovery due to the coming online of major energy-sector projects is expected to bring about energy-sector growth of 13 per cent in 2022, with overall real economic growth of up to five per cent.”

While international oil prices on Monday were in the range of US$77-$80 per barrel and natural gas was selling at US$5.877 per mmbtu, Imbert said Government chose to be conservative with the oil and gas prices the budget was being pegged against.

Noting that the Organization of Petroleum Exporting Countries (OPEC) cut oil production last year because of decreased demand because of the pandemic, but has been gradually increasing oil output this year, Imbert said, “Oil prices have become extremely volatile and difficult to forecast.”

On the former, he began with rising food prices. While some people have called on Government to remove import duties on basic food items to lower the cost of food, Imbert said, “While it may sound good to those who are unfamiliar with the local food industry, this would have an immediate and negative impact on the domestic producers of these items.”

Citing chicken as an example, he said, “The removal of import duty on chicken would have a disastrous effect on the local poultry industry.”

He said Government is carefully examining the list of most common basic food items to determine which can be made exempt from import duty without damaging local manufacturers. To provide immediate relief to consumers, Imbert proposed to expand the list of basic foods exempted from Value Added Tax (VAT).

Imbert reminded MPs that in keeping with what he said last year, luxury foods such as lobster, clams and strawberries will be subject to VAT.

On housing, he said, “In light of the continued challenges facing…individuals as they seek affordable housing in a period of already high domestic property values, I propose to increase the first-time home-owner tax allowance limit from $25,000 to $30,000 per household on mortgage interest paid in the year of income for first-time home-owners for five years with effect from the date of acquisition.

“This measure will generate significant investment in the private-sector housing industry.” Imbert said this measure will cost Government $30 million annually in revenue forgone and benefit 18,000 first-time home-owners. This measure takes effect on January 1.

While saying the Regulated Industries Commission’s review of electricity rates was ongoing, and reiterating plans to make the Water and Sewerage Authority (WASA) more efficient, Imbert announced no increases in either electricity or water rates.

He said, “We will provide low-income and vulnerable groups with appropriate rebates in the first instance.”

Imbert also promised the development of utility cash cards for “low-income and vulnerable groups to access subsidies for electricity and water, once the prices for these services are regularised.”

Similarly, fuel prices were maintained at prices of $4.97, $5.75 and $3.41 per litre for super, premium and diesel fuel respectively. While domestic fuel liberalisation has not taken place yet, Imbert said, “A similar system (to water and electricity) will be extended to the same group of citizens in respect of the fuel usage.”

This will involve a fuel cash card for “vulnerable groups to offset the cost of increases in the price of motor fuels.” The Public Utilities Ministry will administer this programme, he said.

To help visually and hearing impaired people obtain devices to help them, Imbert proposed the removal of all taxes and duties on therapy equipment from January 1.

There was help for SMEs affected by covid19, under the second phase of a loan programme. “In this phase, loans will be made available to SMEs whose annual gross revenues are between $500,000 and $25 million.”

On nurses employed at the regional health authorities on temporary contracts. Imbert said, “I have instructed the CPO to investigate this situation and its implication for pension arrangements and recommend solutions to ensure that the employment contracts of these nurses are regularised.” He expected this to be completed by December 31.

Imbert said the tax rate for significant exporters of local goods with an annual revenue of over $500,000 will be reduced by five per cent from January 1, and 500 exporters will benefit from this measure, which will be reviewed after three years.

Small and medium companies with 50 per cent of their revenues coming from technology-related solutions and construction will receive a similar tax reduction and three-year review.

PROPERTY
TAX A MUST

Apart from energy, Imbert identified property tax and the gaming sector as sources of revenues for Government. On the former, he said, “Contrary to speculation, no property tax is being collected at this time.”

Valuation rolls are essential prerequisites to the collection of property tax, he said, and “must be populated by a minimum of 50 per cent of properties in any class before collection can commence.”

Imbert said the resumption of the payment of property tax was long overdue and “we envisage property tax collection as a significant local revenue item for local government in the years ahead.” Imbert said a properly regulated gaming industry could add $16 billion in revenue for TT. “We expect to generate our first streams of proper gaming revenue in financial year 2022.”

He reminded MPs the TT Revenue Authority Bill 2021, which will create this new organisation that will replace the Board of Inland Revenue and the Customs and Excise Division, was passed in the Senate on September 17. The bill is before the House and could be debated sometime after the budget is passed.

Imbert said a 2019 study by the International Monetary Fund (IMF) showed there was a VAT gap of around five per cent of GDP, or $8 billion. With half of this estimated to be due to non-compliance and weak enforcement and the other half due to exemptions, Imbert said it underscored the need for the authority, and it will have an enforcement division staffed by officers appointed by the Public Service Commission.

He said public officers employed at the BIR and Customs have the options of retiring voluntarily, transferring to the authority or remain in the public service.

“Appropriate consultations will be held with all concerned with a view to ensuring an orderly transition process.”

The House next sits on Friday from 10 am for the start of the budget debate. Opposition Leader Kamla Persad-Bissessar will lead off the debate for the UNC then and will speak for the same length of time that Imbert did on Monday.

* Increasing the list of basic food items exempt from VAT.

* Removal of taxes and import duties on all computer hardware, software and peripherals.

* Cash cards for vulnerable and low-income groups to access subsidies for water, electricity and fuel.

* Removal of taxes and duties on devices for the hearing and visually impaired.

* Removal of taxes and import duties on electric cars not older than two years.

* Tax relief for small and medium companies involved in technology relief and construction.

* Tax relief for exporters for signficant exporters of local goods

The post TT to benefit from rising energy prices – THINGS LOOKING UP appeared first on Trinidad and Tobago Newsday.