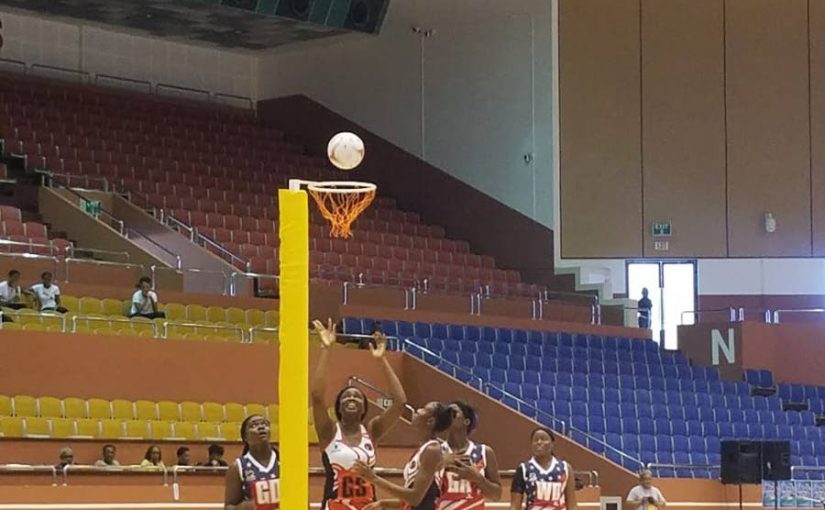 THE NATIONAL netball team began their title defence in the Americas Federation Netball Association (AFNA) championship with a comprehensive 86-29 victory over USA yesterday at the Garfield Sobers Gymnasium, Barbados.

TT started the faster and more precise team, stringing together multiple passes before scoring each goal. TT star goal-shooter Samantha Wallace, who had most of the attempts, was in her regular sharpshooting mood, towering over the American defenders for the three quarters she played. The Australian-based player completed the game with 41 from 46 attempts. Her UK-based shooting partner Kalifa Mc Collin recorded 24 from 26 attempts. Joelisa Cooper, who played the fourth quarter, chipped in with 16 goals.

TT completed the first quarter with a comfortable lead of 18-10. The local women tightened their defence in restricting their opponents to only six goals, while they scored 21 for a half-time scoreline of 39-16.

TT coach Leslie ‘Pepe’ Gomes made changes to the team in the third quarter but the dominance of the game continued with goal shooters Wallace and Mc Collin having a near perfect quarter, leading their team to a 64-21 score.

There were dozens of TT supporters chanting “we want soca today not rap music” as they rubbed the victory in the faces of the American fans.

Coach Gomes said after the victory, “It wasn’t as dominant as we wanted it to be, but there was a lot of first game jitters and hope we settle down after this game.” Commenting on the changes made at halftime, Gomes said, “ It is a long tournament and we are trying blend in the younger players early so they wouldn’t be to intimidated later in the tournament.” He continued, “Having two professional players in Samantha and Kalifa is a coach’s dream and to have them both available for national duty is a plus.” TT are aiming to finish the tournament in the top two in order to qualify for the Netball World Cup to be held in Liverpool next year July. TT will face Canada tomorrow at 4pm.

Paul weighs in on US boxer quitting vs Ajagba