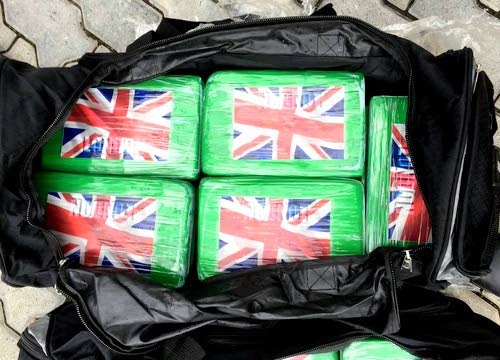 A senior officer in the Organised Crime and Intelligence Unit this morning confirmed that the division and members of the Transnational Organised Crime Unit are investigating a drug bust aboard a ship in Vietnam, which reportedly began its journey in TT.

According to Vietnam media, the Libyan-flagged cargo vessel entered the Tan Cang Cai Mep-Thi Vai Port and was searched by authorities on Tuesday when US $35 million in cocaine was found, among its cargo of scrap metal.

The ship was docked in Trinidad two months ago before leaving for Panama, China and eventually Vietnam.

The officer said while the bust took place well outside of TT, local authorities were mandated to conduct investigations at the port where the vessel was docked to determine the extent of local involvement.

She said reports of drugs being shipped to Asia from TT were unheard of and said most drugs loaded in TT were destined for the US and Europe via Africa.

Despite TT’s reputation as a trans-shipment hub for narcotics, the officer doubted the drugs were loaded in TT and believed it may have been loaded in Panama.

“Traffickers tend to want to limit the amount of obstructions and checks to be made from their source to their final port, so it’s hard to say but I don’t think it (the cocaine) would be brought to TT just to go back out on a ship.”

No TT nationals were believed to be aboard the vessel. The report said that Vietnam has one of the toughest anti-drug laws in the world where persons accused of trafficking are likely to be executed.

The post TT named in US$ 35 m cocaine bust appeared first on Trinidad and Tobago Newsday.

Thu Aug 2 , 2018
BPTT’s Angelin platform has arrived in the country, the company said in a release. Angelin, BPTT’s 15th offshore platform, will be located 60 kilometres off the south-east coast of Trinidad in waters nearly 65 metres deep. It will be a “normally unmanned installation” (NUI). Angelin was originally discovered by the […]