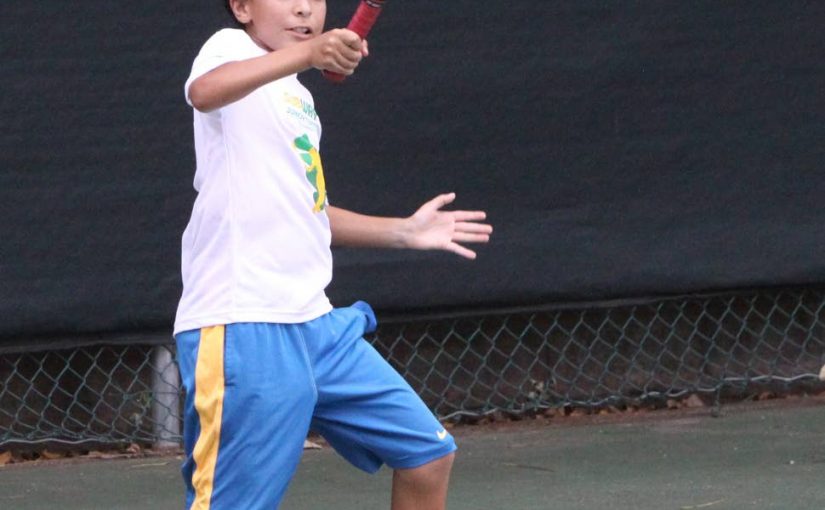 NATHAN Martin, Beckham Sylvester and Jace Quashie all had a strong hand in TT’s first team’s 3-0 win over TT’s second team in the boys’ division final of the International Tennis Federation COTECC 12 and Under Sub Division 4, yesterday.

The tournament concluded at the National Tennis Centre, Tacarigua, after five days of action.

In the end, TT easily captured the boys title, but their girls’ first team settled for a runner-up finish after a 3-0 defeat to Curacao.

In the boys’ final, Beckham Sylvester opened with a 7-5, 7-5 win over Luca Denoon, before Jace Quashie breezed past Jaylon Chapman 6-0, 6-1. In the closing doubles match, Martin and Quashie joined in a cagey 6-3, 4-6 (10-8) victory over Chapman and Daniel Jeary. Sylvester, Quashie and Martin had advanced to the final after an easy 3-0 win over Curacao the previous day.

The boys’ second team won their semifinal match 3-0 over Antigua and Barbuda on Thursday.

Unfortunately for the girls’ team, the final was a one-way affair in Curacao’s favour. The Dutch started with a 6-3, 6-1 win for Angelina Maduro over TT’s Zara Ghuran, followed by a 6-3, 7-5 win for Sarah Nita over local Cameron Wong. In the doubles match, Maduro and Nita combined for a 6-1, 6-4 defeat of Wong and Jordane Dookie.