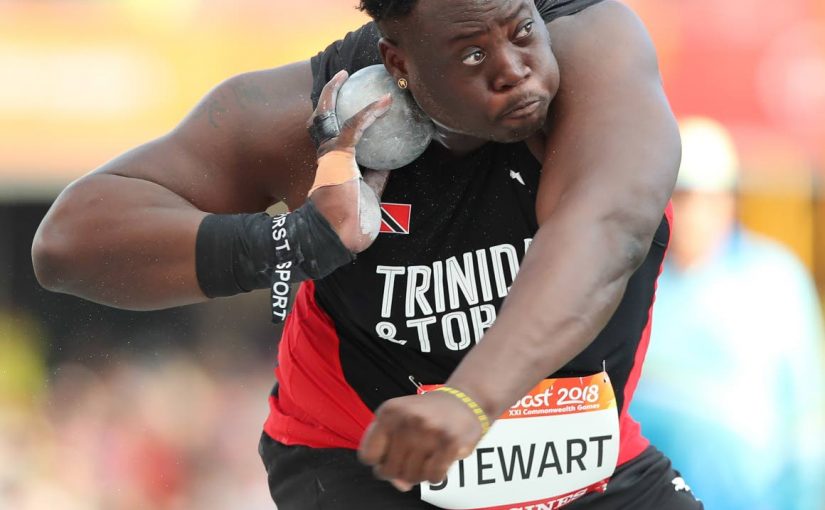 NATIONAL athletes said they feel appreciated, after hearing the news that the Government will be rewarding them for their achievements, saying it is a sense of relief that all the hard work has paid off.

Sports Minister Shamfa Cudjoe said the Government will reward TT athletes, who have represented this country with distinction and won medals on the international stage on September 12.

Cudjoe was speaking at a function hosted by Prime Minister Dr Keith Rowley at the Diplomatic Centre in St Ann’s, on Tuesday, in recognition of the athletes who competed at the recent Central American and Caribbean (CAC) Games in Barranquilla, Colombia.

The cash reward for TT athletes, who have won medals, is part of the national sport policy, which will be launched on September 12.

Cudjoe said, “Emanating from the national policy for sport 2017-2027, equally important (is) the institution of an incentive and reward framework for our national athletes who medalled at international sporting events such as World Championships, Olympics, Paralympics, World Cup, Commonwealth Games, Pan Am Games and CAC Games.”

The incentives and rewards framework also identifies rewards for junior athletes, para-athletes and national team athletes. Cudjoe said the Cabinet has also approved the reward of national teams who create history by qualifying for their respective World Cups for the first time. The women’s senior volleyball team will make their debut at the World Women’s Volleyball Championships later this year.

Paralympian Akeem Stewart was elated to hear the news. Stewart said, “I am very happy that the Government kept their word. Money is a good incentive for athletes coming into the sport and athletes that are currently in the sport, because for the past two, three years it was very tough on the athletes so this will make a lot of the athletes feel a sense of relief.” Stewart has won multiple medals for TT in international meets over the last few years, including gold medals in the javelin and shot put F44 events in new world records.

Stewart said TT athletes can now think of making sports a career. He said, “A lot of young people come into sports with the expectation of making something of themselves so, I think the money would be a good incentive.”

Jalicia Ross-Kydd, a member of the women’s volleyball team, is thankful for the Government’s support. “It’s been long awaited and the athletes feel very appreciative of the Government for actually putting a policy in place not just for athletes that medalled in a tournament, but (who) actually qualified for world international events. We feel very appreciative and honoured that our hard work has actually been acknowledged by the present Government.”

The volleyball team will compete at the 2018 World Women’s Volleyball Championships in Japan from September 30 to October 20 for the first time.

Asked if the Government’s announcement will give extra motivation to athletes, Ross-Kydd said, “The athletes feel a lot more settled, comfortable and confident that we now have the support of our country and our Government behind us so, we don’t have to worry about anything else other than going to training and putting our best work forward.”

Akim Toussaint, a member of national hockey team that earned bronze at the 2018 CAC Games earlier this year said, “I feel very excited and very fortunate to be some of the first recipients of it.”

Toussaint, who has been a national hockey player since 2005, said hard work pays off. He said, “After playing for so long, it is really good that we are being recognised for all the hard work we put in over the years.”

The experienced hockey player said initiatives like this will encourage people to make sport a career. Toussaint said, “I think it will definitely encourage more people getting into sport, because you will see something coming of it, rather than just representing your country and then go back to your regular nine to five work without any extra incentive.”