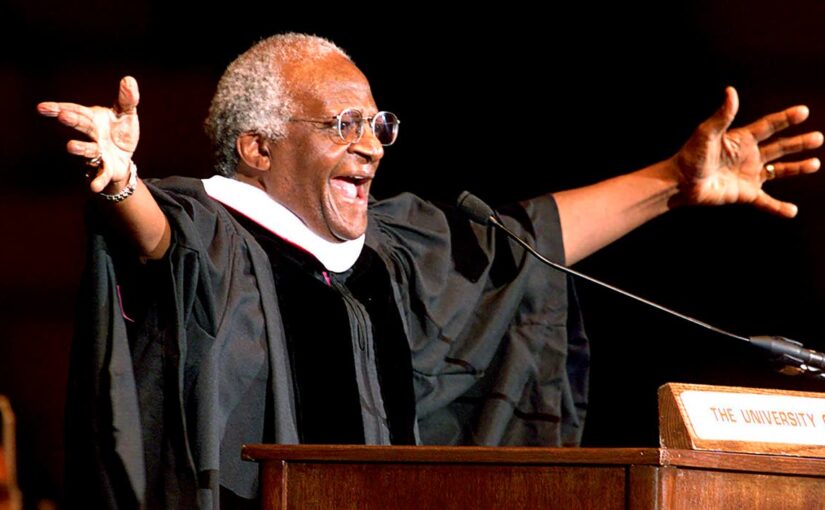 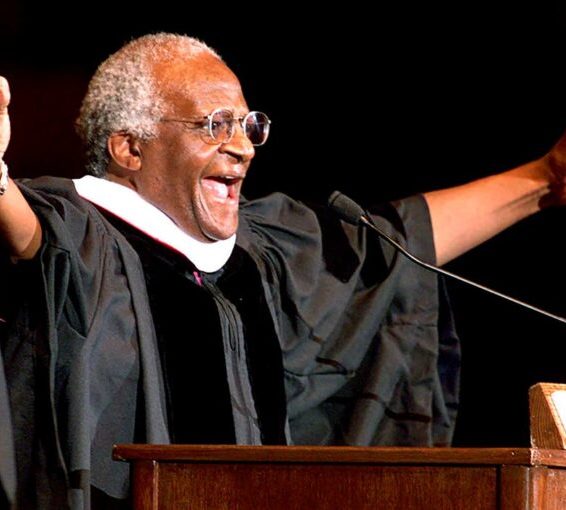 ARCHBISHOP Desmond Tutu, who described Trinidad and Tobago as a rainbow country similar to his own beloved South Africa, has died. News of his death came on Sunday. He was 90.

Foreign and Caricom Affairs Minister Dr Amery Browne said, “He was a good friend of TT, having described our country positively to the world as the true rainbow nation after visiting our shores. Trinbagonians from all walks of life will remember him fondly and with enduring admiration.”

Browne described Tutu as a shining light of humanity for decades and a central figure alongside Mandela in the fight against apartheid in South Africa.

“My generation grew up in an era in which Desmond Tutu dominated world headlines, and we were inspired by his journey from being a schoolteacher, to becoming the very first black Archbishop of Cape Town, to serving as a global diplomat and advocate for peace, human rights, truth, and justice.”

Beyond the role Tutu played in abolishing apartheid in South Africa, Browne remembered him as a humble, iconic figure who was a global diplomat for peace, human rights, truth and justice.

“Archbishop Tutu stood out as a voice of reason when he stood against the Gulf War and on numerous other occasions when he embodied the conscience of the world.”

In extending condolences to Tutu’s family and the South African people, Browne said Tutu lived a life of meaning and purpose “that must provide example, hope and inspiration for the future.”

Opposition Leader Kamla Persad-Bissessar, in a statement, said Tutu’s “extraordinary life is testament to the fact that the greatest weapons against injustice and evil are truth, forgiveness, and a heart filled with love.”

Even after apartheid ended in the early 1990s, Persad-Bissessar recalled Tutu continued to be a beacon of hope to the South African people as he led that country’s Truth and Reconciliation Commission.

She said this helped to heal South Africa by confronting the hideous crimes committed against its people under the apartheid regime.

“He fought to ensure the evil ideology of racial segregation must never be allowed to ever happen again.”

While the world collectively mourns his death, Persad-Bissessar said, “Let us also celebrate the ideals and principles for which he fought; equality, peace, truth, and justice.”

Anglican Bishop The Right Rev Claude Berkley said Tutu’s death was “a tremendous loss to the Anglican community in general, and the Anglican Church in South Africa in particular.”

He described Tutu as a “bastion of institutional knowledge and experience of the church’s mission and ministry especially in terms of social justice, truth and reconciliation and theological reflection.”

Tutu, Berkley continued, was a contemporary and great friend of Bishop Clive Abdulah, the first local bishop of the Anglican Church in TT.

“He was a man of great faith who confidently spoke truth to power and lived the Christ-centered discipleship life at great sacrifice and even to the point of placing his life at risk on many occasions.”

Berkley agreed with descriptions of Tutu as someone who had faith that dissipated fear, in his tireless campaign against apartheid and to promote civil and human rights.

He also recalled that Tutu preached a very stimulating sermon at the Holy Trinity Cathedral in Port of Spain during his visit to TT in 2004. In that sermon, Berkley said Tutu likened his vision of South Africa before and after apartheid to one’s encounter with Jesus Christ, before knowing Christ and after knowing him.

“One remembers feeling like a dwarf in the presence of such a great giant of a priest, theologian and disciple of Christ, even though the Archbishop was not particularly huge in stature. Berkley expressed the church’s condolences to Tutu’s family, the Anglican Church in South Africa and the South African people.

She said, “As a man of God, he did not hesitate to use his office and position to speak out against and draw the attention of the world being meted out on the black South Africans by the apartheid regime. Beckles added that Tutu’s life was an example of how human beings should treat each other with decency and respect.

Oropouche East MP Dr Roodal Moonilal remembers first hearing about Tutu in the mid-1980’s while he was a UWI student. He also remembers being part of national and regional campaigns at that time, inspired by Tutu and other South African activists, to highlight inequality and racial discrimination.

“The Archbishop was a beacon of the anti-apartheid movement along with the iconic “Madiba” (Nelson Mandela), Walter Sisulu, Oliver Tambo and many others. His grace and courage to speak is a lesson for all those who suffer without awakening.”

Describing Tutu as an inspiration to the radical student movement of his time, Moonilal said the UNC was born out of the struggle which Tutu and others inspired.

Tobago House of Assembly (THA) Deputy Chief Secretary Watson Duke said Tutu “has become a symbol of black conscious struggle to the African diasporas throughout the world and more so South Africa.”

His first knowledge about Tutu was as chairman of the Truth and Reconciliation Committee under Mandela. Duke said, “As a beacon of light he shun bright over the 70s, 80s, 90’s etc. His going home to rest at 90 years of age is only fitting for such a hard and enduring worker for peace, love and justice among African diasporas.”

Energy Minister Stuart Young said, “Archbishop Tutu was one of the individuals in my lifetime that had a lasting positive impact.” He remembered as a young boy, reading about Tutu’s advocacy for the end of apartheid and the rights of Palestinians.” He said, “His time on earth was definitely for the betterment of humanity.”

Pointe-a-Pierre MP David Lee also remembered Tutu’s description of TT as a rainbow country. One of Lee’s hopes for 2022 is “that our people really take heed to his words.”

In a statement, Caricom said Tutu’s strong moral voice was a very significant factor in the successful struggle against apartheid in South Africa.

Caricom also said Tutu’s leadership of South Africa’s Truth and Reconciliation Commission during the sensitive transition period after the end of apartheid, further elevated his national and global esteem.

Ordained as an Anglican priest in 1962.

Appointed Bishop of Johannesburg in 1985.

Appointed Archbishop of Cape Town in 1986.

Chairman of the Truth and Reconciliation Commission 1996-1998.