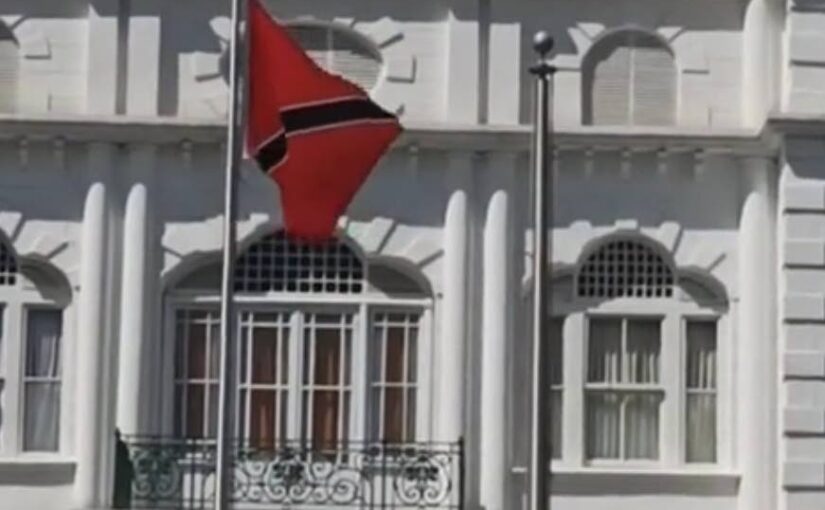 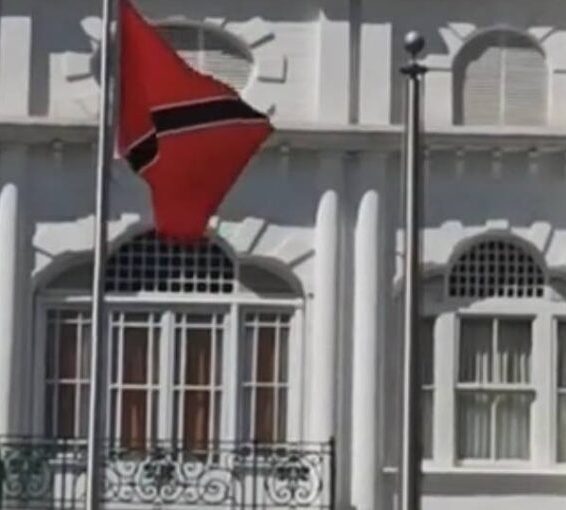 On Monday morning, photos and videos of the Trinidad and Tobago flag flying upside down at two public buildings surfaced on social media channels.

One was at Whitehall, the prime minister’s office, Queen’s Park West, Port of Spain.

The other was at the Fraud Squad head office on the corner of Park and Richmond Streets, also in Port of Spain. The national flag was seen flying upside down beside a police flag the right way up.

These two mishaps left some commentators questioning national pride and the efficiency of public servants. In a video showing the upside-down flag at Whitehall, an unidentified man can be heard saying, “And this is the Whitehall. But wait, what the a– is this I seeing here? No wonder the country upside down.”