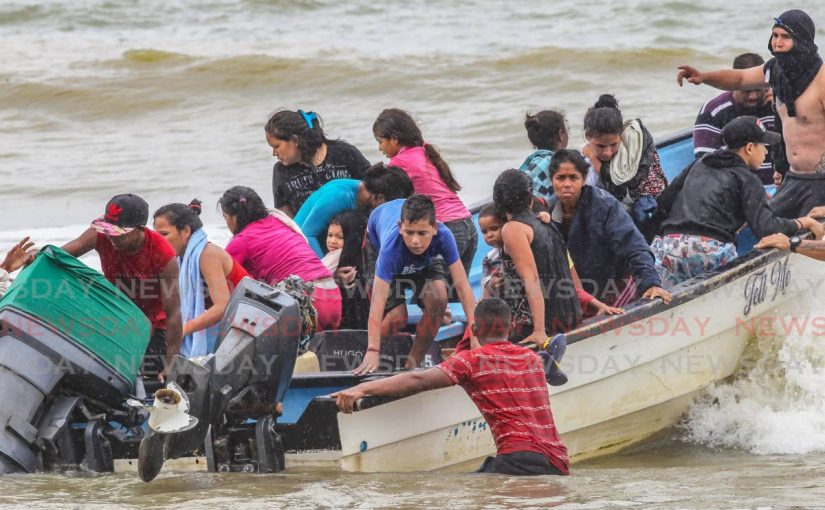 News
This November 2020 file photo shows people, believed to be Venezuelans, arriving at the Los Iros beach in a pirogue.

A boat from Trinidad and Tobago that illegally transported a number of Venezuelans to their country has been missing since December 23.

Venezuelan authorities confirmed the information on Monday. The boat, Amiyah, was manned by a Trinidadian crew.

“Some Venezuelans were coming, but it was a boat manned by TT personnel. It made a stop at Isla de Pato,” Pinto said at a press conference, adding that it is presumed to have done so illegally.

Relatives in Venezuela told local media nine or ten people were travelling on the boat.

The missing people who were aboard Amiyah include Robersi and Alexander Montaño, Mía Alegría, Joan González and Johely and Erika Narváez, as well as a child and the crew.

The Venezuelan Coast Guard found a boat floating in international waters, so a search and rescue mission was activated. It is unknown whether the boat is the Amiyah.

“Elomar Salazar, Alvenis Castro, Rómer Reyes and Jeison Antón…sailed from Tucupita to TT and were intercepted by authorities of that country, who noticed the illegal trafficking of 64 Venezuelans,” Saab posted on his Twitter account.

The Venezuelan Prosecutor’s Office will charge them with “the crimes of illegal trafficking in persons, criminal association, financing of terrorism, and trafficking of children and adolescents.”