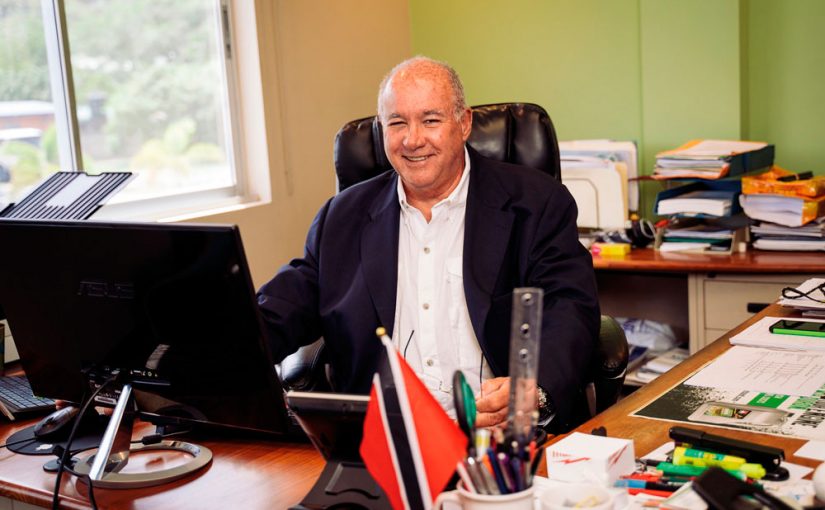 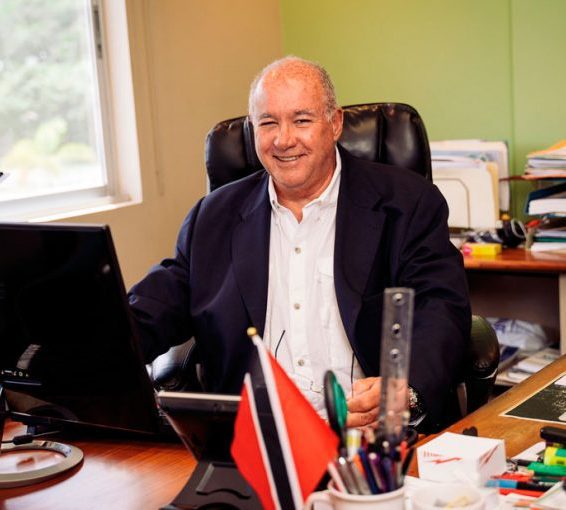 Stuart Dalgliesh, a leader of the business community, manufacturing and construction sectors, and former president of the TT Manufacturers Association (TTMA), died suddenly in Grenada earlier this week.

Dalgliesh, 69, was the CEO emeritus of SCL (Trinidad) Ltd and SCL Group of Companies.

In a statement on Thursday, SCL Ltd said his death was a shock as he “was sharp, articulate and well organised” half an hour before his passing.

Dalgliesh was described as an “outspoken leader” and “patriot” who lived by the lessons of hard work instilled by his late mother Esther, the company said.

Dalgliesh is survived by his wife Suzanne, son Gordon and daughter Laura. His older brother Ian and sister Sheila are also deceased.

“Stuart was a pioneer in the construction industry and his expertise was relied on by many. He was a man of vision and foresight, hardworking, committed and extremely people-oriented,” the company said.

The management also spoke of his sense of humour, generosity, especially for the less fortunate. He was also fond of fishing and sailing on his boat Abracadabra and was celebrating his recent birthday with his wife in the Grenadines. He spent his last moments on the boat.

“In his memory we are committed to running both SCL and our own personal lives with his example and voice to help us make decisions that would make him proud and honour his exemplary legacy.”

In a release, the TTMA described him as a pioneer who was instrumental in its history.

“He worked assiduously to make our present office building our home. His vision for a united regional sector was realised under his tenure as president of the TTMA when he initiated meetings with other associations under the banner of the Caribbean Association of Industry and Commerce,” said TTMA president Tricia Coosal.

Coosal said he would always give his time and resources to assist the manufacturing industry, and had a particular passion for supporting small and medium enterprises.

“His legacy will live on through the vital work which is continuously engaged at the TTMA, following the precedent set by Mr Dalgliesh, to promote and secure the future of the local manufacturing industry.”

In a release, the Ministry of Trade and Industry also hailed Dalgliesh’s contribution to manufacturing, trade and local business development. It noted that as TTMA president he had led missions to St Vincent and the Grenadines, Grenada, the Dominican Republic, Costa Rica, Aruba and Curacao.

Woman in covid19 vaccine mix-up to get medical help

“This trade missions would later materialise gains for many of the businesses that participated,” the ministry said. It also commended his role in Caricom trade negotiations with the Dominican Republic, Costa Rica and Venezuela.

“Over the years, these agreements have created immense opportunities for businesses within the region. Mr Dalgliesh’s contribution to the process and implementation is noteworthy and served national and regional interests.”

The ministry hailed the growth of the SCL Group, under his leadership, into “a regional powerhouse.”

“Today, through consistent innovation, hard work and foresight the group has been in operation for over 40 years with 30 years of export experience. SCL has four core divisions, and five retail outlets within Trinidad and Tobago, Jamaica and Guyana. There are also five distributors in Suriname, Grenada, Barbados, St Maarten and St Lucia respectively.

“Mr Dalgliesh will be proudly remembered as a local business pioneer and a stalwart trade advocate.”

The post Tributes for business pioneer Stuart Dalgliesh after sudden death in Grenada appeared first on Trinidad and Tobago Newsday.