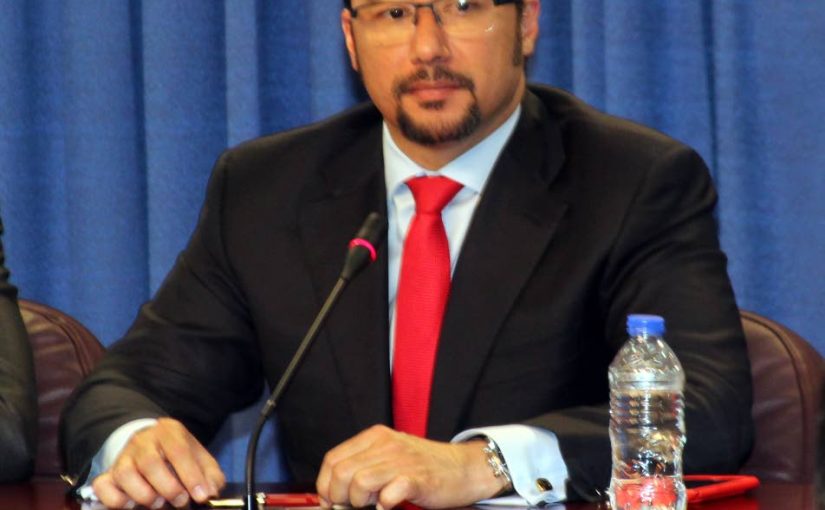 Kept in a cell and fed like an animal.

This is what Keegan Roopchan reported about his detention in Jordan on his return to Trinidad in January.

Roopchan’s claim of being tortured by Jordanian officials and forced to confess a Carnival terror plot emerged this week, which Government has countered as questionable.

Newsday was yesterday informed that his claim of torture was made on his return to the country.

In his initial claim, Roopchan made no mention of being physically harmed but said he was placed in a cell with about 20 men and they were fed like animals with Jordanian officials throwing food at them.

He also claimed he was interrogated in a room and overheard in another what he interpreted to be the head of someone being slammed against a wall. He claimed a Jordanian official threatened to do that to him if he did not co-operate.

The Guardian first reported his allegation of torture on Thursday.

Roopchan claimed he was forced by Jordanian officials into going along with a script they concocted that implicated himself, his wife and several of his friends in the Carnival terror plot. He denied any part in the plot which sought to use improvised explosive devices and poison to inflict massive damage during the Carnival period. The couple claimed to have gone to Jordan to study, medicine and Islamic studies.

Sunday Newsday reported the couple’s Jordan detention led to local security officers being alerted about the terror plot that saw 15 people arrested with all but two being released without charge. The couple was not named in the story.

When asked yesterday about the claims and whether the State will intervene National Security Minister Edmund Dillon and Communications Minister Stuart Young, in separate replies, said the matter was one of national security and is being investigated and therefore they were unable to comment.

At the post-Cabinet media briefing on Thursday, Young when asked if the State was going to intervene said local law enforcement agencies did and that an investigation of the plot “is taking place, in building our file and evidence.”

If Roopchan’s claim is to be believed then Jordan may be in breach of the United Nations Convention against Torture and Other Cruel, Inhuman or Degrading Treatment or Punishment, which they accented to on November 13, 1991.

According to the UN Treaty Collections, Jordan did not sign the agreement which is listed as Chapter IV: 9 headed Human Rights but under the column Accession (a), Succession (d), Ratification, Jordan is listed as accession to the treaty which makes torture in their country illegal. The treaty also states that a special committee must be established to treat with allegations of torture and that the incidents be reported to the UN Secretary General.

Article 14 of the treaty states:

Article 15: Each state party shall ensure that any statement which is established to have been made as a result of torture shall not be invoked as evidence in any proceedings, except against a person accused of torture as evidence that the statement was made.

Sat Jun 16 , 2018
AQUAHOLICS Dragon Boat Club will be seeking a complete haul of titles at the Tobago Dragon Boat Festival (TTDBF), which paddles off today, at Pigeon Point Heritage Park. The prime regatta on the TTDBF calendar will get going from 9 am with the first of a two-round Premier All Female […]