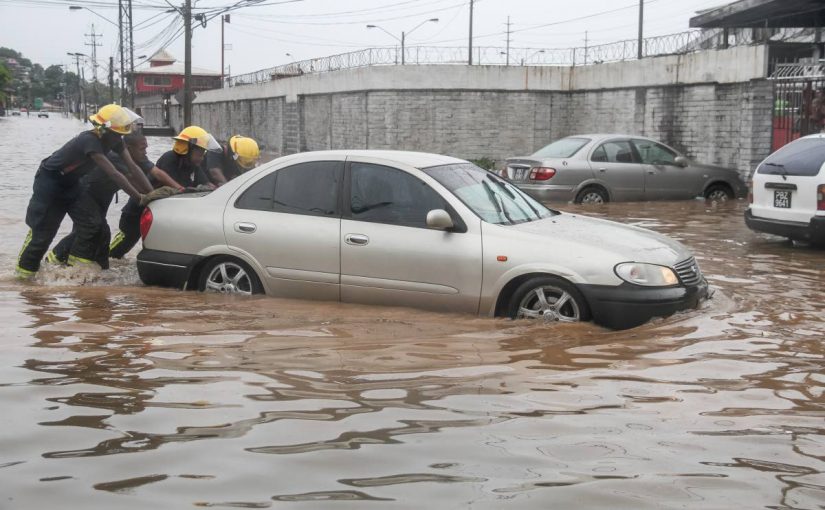 While heavy showers in downtown Port of Spain caused parts of South Quay, Broadway and Charlotte Street to become impassable to pedestrians and drivers forcing them to find alternate routes into the city, one woman chose to brave the rising flood waters along South Quay causing her car to stall near the Housing Development Corporation (HDC).

According to reports at around 1.50 pm, the woman identified as Fatima Khan, drove her car on the westbound lane of South Quay when it stopped suddenly as she approached City Gate.

Khan reportedly panicked as she was unable to move as the flood waters surrounding her car continued to rise. She called the Fire Service for help and officers of the Wrightson Road fire station responded.

They were able to push her car into City Gate. She was not injured during the ordeal, however officers told her to exercise greater caution in the future and avoid driving through heavy floods.

They also called on the public to avoid trying to navigate through flood water and said while this afternoon’s incident ended without injury, there were serious risks associated with doing so.

Mon Aug 13 , 2018
AT around noon today the Caparo River burst its banks.  Residents of the community and surrounding communities are preparing for floods by using pieces of wood and sand to prevent water from entering their homes. They are anticipating water levels of three to four feet high, which is usually what happens […]