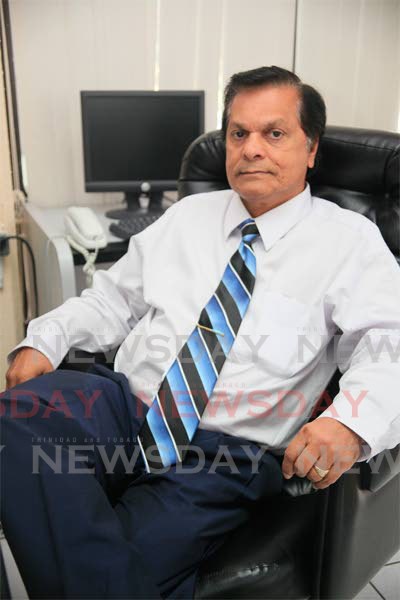 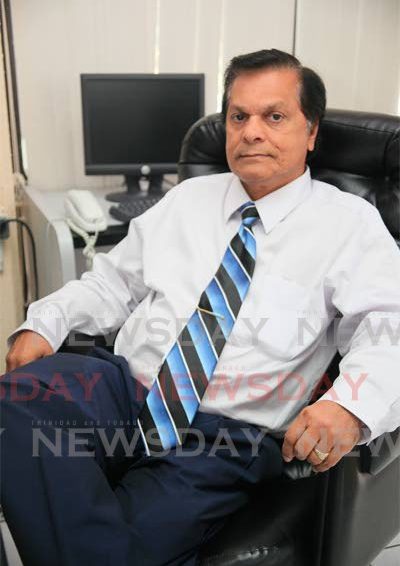 FOOD FOR ALL: Trade and Industry Minister Paula Gopee-Scoon, right, and president of the Supermarkets Association Rajiv Diptee, centre, seen in this photo on a recent tour of Massy Stores in Trincity, both disagreed on Sunday with claims of a gloomy Christmas due to an impending food shortage.
Photo by Sureash Cholai

“I don’t subscribe to that view at all,” Gopee-Scoon told Newsday when contacted on Sunday.

“We are not hearing that from the rest of the food importers. We acknowledge there have been disruptions arising from the pandemic and we know that in certain parts of the world there might be lockdowns again, but by and large, I don’t know that there is any shortage per se.

“It may mean you cannot get a particular item from one source, but you may be able to find it from another. You may not get the type of food item you are accustomed to in terms of a particular brand, but there are many options available on the imported and locally manufactured side.”

Gopee-Scoon said with the data on hand, she won’t be buying into such distressing statements and predictions.

“I have been to the malls and I was quite surprised by the number of persons I saw shopping. Maybe they won’t buy as much as before, maybe some might buy overpriced items, while others may be more careful in their choices. That is not a bad thing.

“I acknowledge there are those who are unemployed, there are businesses that are not open, but we can hope with the control of the virus we can see the economy opened or opening. To say it is going to be a gloomy Christmas…I think not.”

Maharaj who is CEO of ADM Export and Import Distribution, predicted a gloomy Christmas for Trinidd and Tobago while speaking last Friday at the launch of the Eastern Municipalities 2021 Christmas Anti-crime Plan at the Arima Bus Lay-by.

Maharaj said his prediction comes amid a decrease in world food production, and very few governments, other than China, have advised people to stock up on food.

He said as an importer, he has noted, “World food production has dropped by 50 per cent, and China is buying up 50 per cent. So I am telling you, we’re looking bad for food in this country. We have to learn things and understand, people have to be careful.

“The economy is down over the world, we are not single in this. Pay attention, please. I will normally buy five or six containers of something, I am not getting it. We have a dim Christmas for food.”

Contacted on Sunday for comment, SATT head Rajiv Diptee said while Maharaj as an importer is well-placed to comment, “I don’t feel there should be any kind of panic buying.

“There are goods in the core food baskets that remain available to consumers.

“As far as we are aware, and as far as our suppliers tell us and since the ministry (of Trade and Industry) has not flagged a crisis, I cannot agree with that position. It’s just a situation where we are seeing some portfolio or brands may become scarcer due to the price.

“As far as I am aware all my stores are reporting back to me that their warehouses are full.”

Diptee said supermarket shelves are well stocked to the extent that some have taken out pages of advertisements in the daily newspapers, advertising specials. He said this is an indication that there is a high volume of items available.

He warned against a frenzy or panic buying.

“If there is to be a shortage, we (SATT) would let you know for real what is happening.”

He said such statements as the one by Maharaj could cause panic buying, which would artificially drive up the price of some goods and keep certain items out of the hands of those who really need them.

He recalled last year at the start of the pandemic, people went on a rampage, stocking up on toilet paper, Lysol, hand sanitiser and other items even when there was no shortage.

“Just like in TT where we see a lot of cases right now and ironically, we lifted the state of emergency, this creates patterns of increase in consumption, and whereas the supply side is still at 50 per cent production, the demand has gone up.

“So that has created this whole container-shipping crisis we are seeing, with freight and insurance going up and the cost of shipping increasing. We have seen and are concerned about is the escalating price of goods because of the container crisis and because of the demand. While there are significant challenges, suppliers have been dealing with them for the last 18 months.

“While Mr Maharaj is correct in that respect of decreased food production, I don’t want to create any panic, because we have not seen any chronic deep shortage to the point where I not have to tell people to stock up on canned goods or toilet paper as they did last year.”

Diptee noted there was no shortage then and 18 months later, there are still a lot of goods in the supermarkets.

“No one has gone hungry because there is not enough goods on the shelf.

“Certainly, we have seen China back-stocking, not now, since the start of the pandemic, because they want to ensure their own food security.”

North America and Europe have done the same, he said, pointing out that TT as a country in the Caribbean would always be dependent on the external markets, as items manufactured require foreign inputs and would be affected by shipping.

Because some items have become too costly or are disappearing from shelves, Diptee said suppliers are now shopping around the world for product substitution, not only in food production, but in other sectors.

“So, we are now seeing more goods from India, Latin America. You are seeing production substitution taking place that would continue as long as there remains deep challenges, not just for supply but because of foreign-exchange shortages and those kinds of issues.

He said suppliers are also looking inside the Caribbean, “because food security is a very important aspect of our heritage and we try to encourage as much import substitution from a domestic point of view.

“However, it is up to us to get very serious about our own food security and what that means is a holistic examination – not just for the Ministry of Agriculture, because these things predate this administration.”

He said over the last 40 years, thed have been talk about food sustainability and things have been tried, but nothing has been built on them.