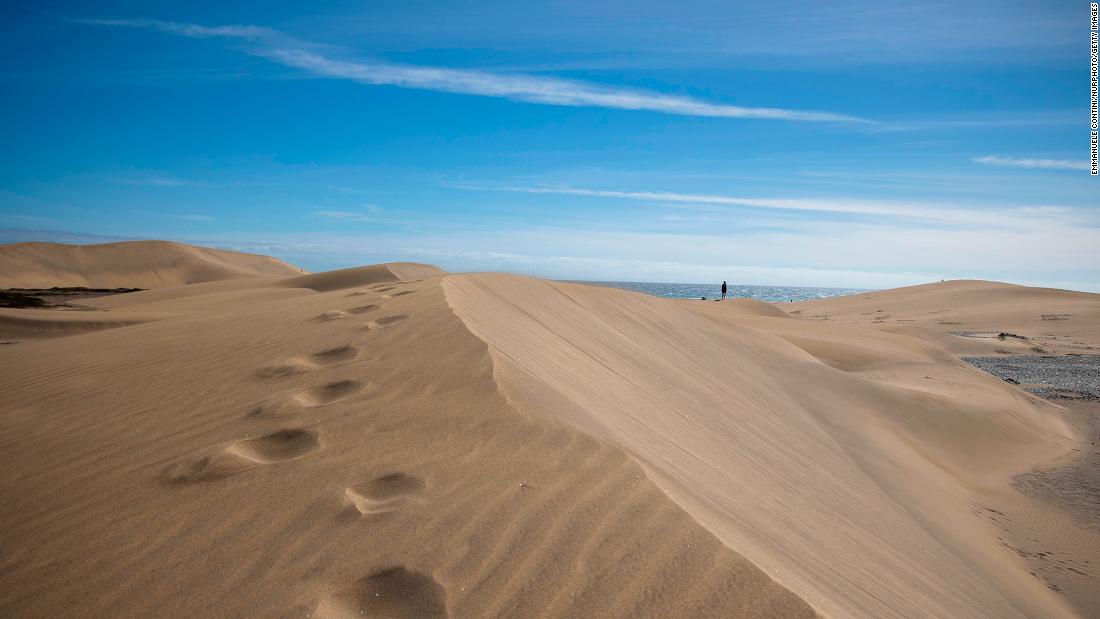 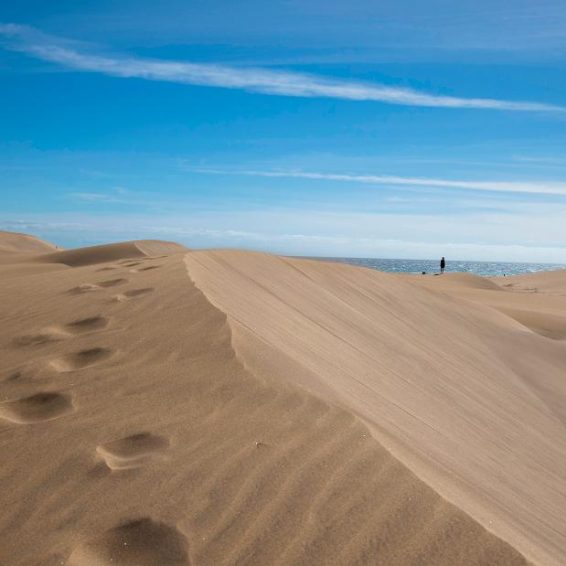 Tourists having sex in the dunes is ruining a beach

2 months ago·3 min read
ShareTweetPinShare
Home
World News
Tourists having sex in the dunes is ruining a beach
The content originally appeared on: CNN

(CNN) — Overtourism is regularly blamed for choking historic cities, covering world-famous sights in trash, and killing local life in tourist hotspots across the world. Now tourists having sex is said to be behind the gradual destruction of a beach and nature reserve in Europe.

The Dunas de Maspalomas Special Nature Reserve, on the Spanish island of Gran Canaria, is known for its wild sand dunes rippling out behind its lighthouse perched on the seafront, and regularly tops the lists of things to see on the island.

Its dunes — which have been legally protected since 1982 — are one of the last remaining shifting dune systems in Europe, provide a resting spot for birds migrating between Africa and Europe.

But now it’s providing a different kind of rest spot, with tourists taking to the dunes to get frisky.

These destinations were overwhelmed by tourists. Here’s how they’re doing now

A new paper in the Journal of Environmental Management — “Sand, Sun, Sea and Sex with Strangers, the ‘five S’s. Characterizing ‘cruising’ activity and its environmental impacts on a protected coastal dunefield” — looks for the first time at the environmental impact on the coastal reserve being used as a cruising area.

Researchers inventoried 298 “sex spots” on the beach, over a total area of over two square miles, mainly among “bushy and dense vegetation” and nebkhas — dunes that wad up around vegetation. They studied them during May 2018, a period which included the local Gay Pride festival.

The tourists’ sex, and “cruiser trampling,” impacts “directly” not only on the nebkhas, but also on eight native plant species, three of which are endemic, they found.

Sex ‘nests’ in the dunes

The dunes at Maspalomas are a top draw on Gran Canaria.

Tourists trample over the vegetation, remove plants and sand, make their own “nests” — even fencing them off — and dump waste including cigarettes, condoms, toilet paper, wipes and cans.

They also use the dunes as a toilet, with researchers finding “urination and defecation locations.”

The more remote the sex spot is, the more it had been used and the more trash was left in it, researchers noticed. Although the authorities leave trash bags in some of the larger areas, they were normally full.

Even the dunes’ “exclusion zone” — which is completely off-limits to the public, where other areas are restricted — was found to have 56 sex spots.

As a result of the tourists’ activities, there has been a “complete abandonment” of environmental education in the reserve, according to the study. The reserve was originally created with education as a “primary activity.”

What’s more, Gran Canaria giant lizards — a popular sight in the Canary islands — have “died after eating condoms left behind by pleasure seekers,” wrote Patrick Hesp, one of the report’s authors, in an article for The Conversation.

Over 9,000 evacuated as wildfire rages in Spanish holiday hotspot, the Canary Islands, for second time this summer

Hosting up to 14 million visitors a year, Gran Canaria is a gay-friendly tourist destination, with visitors from the US, UK and Germany among the main markets, and while the authors are quick to emphasize that there is “no intention to criticize some of the LGBTI community,” and stressed that it was not just LGBTQ visitors having sex in the dunes, they note that “cruising is openly practiced” on Maspalomas.

Coastal dune systems are a crucial part of the marine landscape, but have been used to attract tourism around the world — with devastating consequences, the authors write.

“Their degradation, in many cases, has been a direct consequence of tourism development,” reads the paper.

As Hesp wrote in his separate article: “We’re not calling for an end to public sex — but we do want people to be aware of the damage it can do.”

One couple having sex on the beach, he wrote, is one thing; but having hundreds converge on the same area every day damages the dunes as much as off-road driving does.