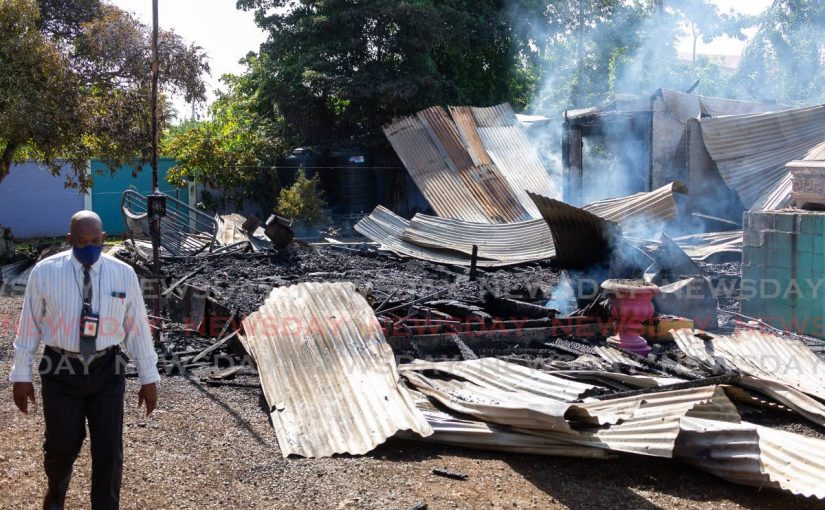 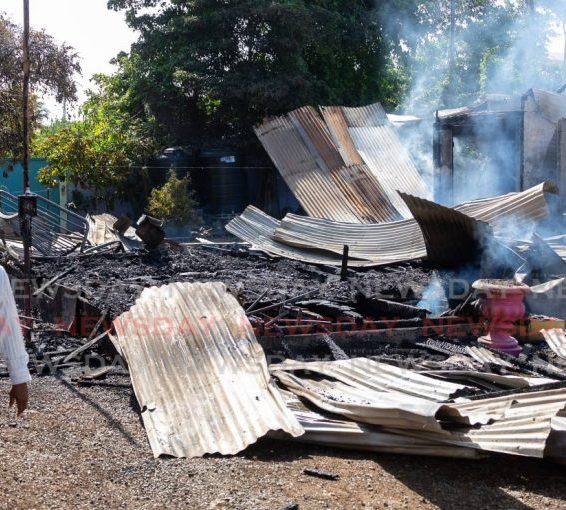 Fire officers were at the scene on Monday to investigate the cause of a Sunday night blaze which destroyed a house and car at Store Bay Branch Road, Bon Accord . – David Reid

Tobago fire officers may soon conclude their investigation into a suspected arson attack at Store Bay Branch Road, Bon Accord on Sunday.A house and a car worth almost $700,000 were destroyed in the blaze, moments after someone was seen climbing over a fence to the compound around 7 pm. On Wednesday, head of Tobago Fire Division David Thomas told Newsday, “We are following a few strong leads and we have some information that is leading us to some persons. This process hasn’t been completed.”This part of the investigation is expected to be completed by the end of the day.Scarborough fire officers responded to a distress call and found the house and a Nissan car engulfed in flames. The house was valued at $648,000 and the car cost $20,000. The owner of the home was in Trinidad at the time of the fire.