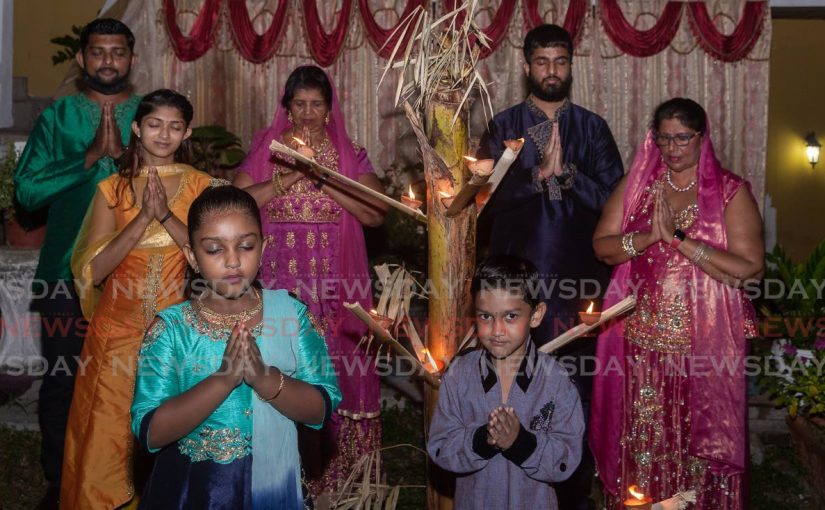 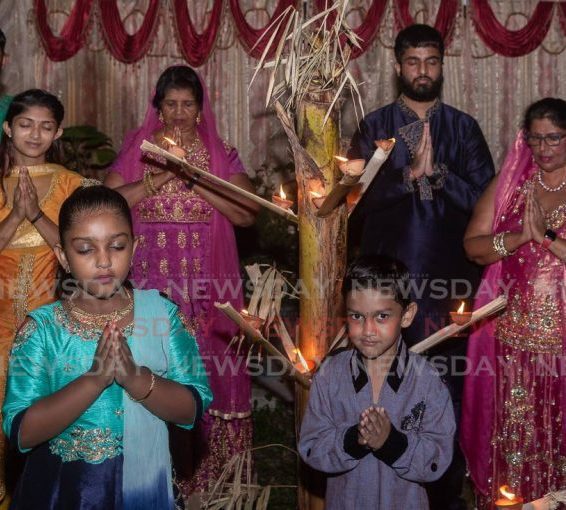 Tobago Hindu Society president Pulwaty Beepath, back centre, and her family pray after lighting deyas at her home in Scarborough on Monday. – David Reid

Divali this year will be a special occasion for the Tobago Hindu Society, which was forced to cancel 2020 celebrations owing to covid19.

Speaking with Newsday on Tuesday, president of the Tobago Hindu Society (THS) Pulwaty Beepath said a small function was held on Saturday and celebrations will continue on the holiday on Thursday.

Beepath said, “Divali is really the festival of lights. During Divali, the Hindus prepare just like how the Christians prepare for Christmas – they would make sure they clean their house and prepare everything.”

Divali is usually celebrated by the Tobago Hindu Society with a grand function at Gulf City Mall, Lowlands featuring prayers, Indian cultural dancing and singing, and other activities.

A scaled-down version was held at Beepath’s residence in Scarborough.

“We had a small thing with the pundit coming to do the prayers.”

She said a small group attended and others were invited for a curbside pick-up of 400 vegetarian boxes.

“We did that in collaboration with the India High Commissioner and the Tobago House of Assembly.”

She recalled that the 2020 event was cancelled completely because covid19 had affected her family directly with several members testing positive. She said while the pandemic has affected the celebrations, the Tobago Hindu Society remains focused on achieving its goals.

How will be Beepath family spend the holiday?

“We would cook and prepare food and the family will sit and eat, if anybody drops in at least they would get food.”

Beepath said the Tobago Hindu Society is awaiting a disbursement from the National Self-Help Commission Ltd for the construction of the island’s first Hindu temple.

“They said it was approved but we’re just awaiting on them now.

“The place is a bit wet to start building the temple, but we’re hoping next year for Divali we should be at the temple site.”

The Tobago Hindu Society has been in existence since 1992.

In October 2014, the society received a deed for four lots of land in Signal Hill from then chief secretary Orville London. The land, located opposite the Scarborough General Hospital, will be used for the construction of the temple.