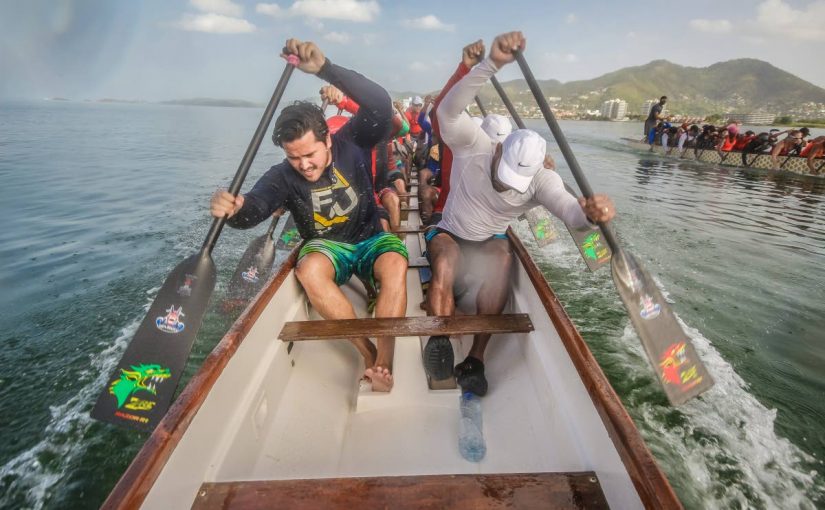 AQUAHOLICS Dragon Boat Club will be seeking a complete haul of titles at the Tobago Dragon Boat Festival (TTDBF), which paddles off today, at Pigeon Point Heritage Park.

The prime regatta on the TTDBF calendar will get going from 9 am with the first of a two-round Premier All Female 200m, to be challenged by Aquaholics and Peeking Ducks.

The Cocorite-based Aquaholics are the most successful club at the annual regatta. Last year, the team captured four of the five titles and after weeks of intense training are on course for another successful outing.

Speaking ahead of their hunt for more accolades, Aquaholics coach Jeff Ng Chow said he expects a typically tough challenge from the competing clubs this year.

“Even though this will be the eighth year in Tobago, we expect that this regatta will be just as competitive, as all teams are at a very high standard and the water conditions at this time of year are very rough, which makes it very challenging for us who train in calm waters,” Ng Chow said.

“However,with this in mind, we have been consistently training in order to prepare for this race and we will be bringing the best version of ourselves.”

A year prior, Aquaholics won four events and finished second in two others. They will feature in the Mixed 2000m, 500m and 200m events, the female 500m and 200m, and all open events.

Dragon Boat racing is one of the newest yet fastest growing sports in TT. It was formalized in TT in 2007 with the establishment of the TTDBF. The first dragon boat festival was held one year before to commemorate the 200th anniversary of Chinese arrival in TT.

Sat Jun 16 , 2018
THE Soca Warriors may not have qualified for the 2018 FIFA World Cup but, TT was still proudly represented on the world’s biggest stage by 13-year-old Kyle Phillip, who was chosen to carry the national flag at the opening ceremony, on Thursday. Phillip, a student of St Mary’s College, was […]