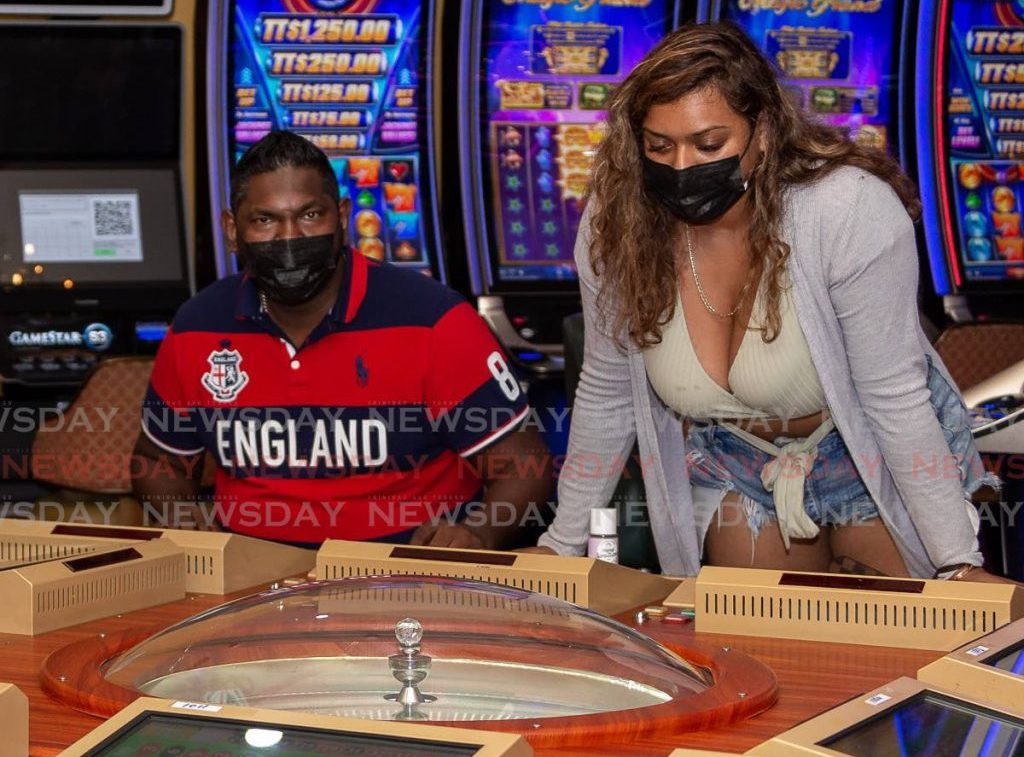 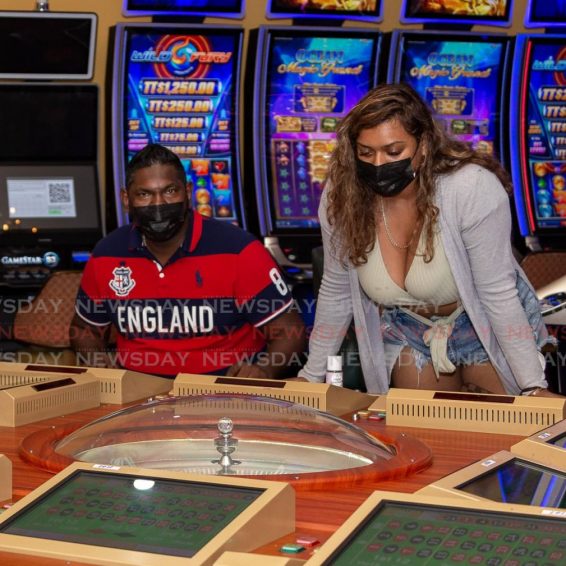 WINNER: Allison Thomas, right, of Black Rock slams her card on the table as she plays a game of rhum 32 alongside Allisa Martineau of Mt Pleasant at Silver Dollar Casino, Shirvan Plaza, Shirvan Road, Tobago, on Wednesday. – David Reid

Tobago businesses operating as safe zones are complaining that Ministry of Health safe-zone restrictions are hurting commercial activity on the island. However, some are keeping their fingers crossed hoping to see a boost in activity this weekend and in the coming weeks, after three days of low patronage.

Monday marked the first day, after many months, since restrictions on in-house dining at restaurants, gyms, bars, casinos and cinemas were lifted for fully vaccinated customers.

However, many of Tobago’s businesses were not ready to be compliant with the safe zone stipulations. But those who were ready told Newsday they were disappointed – but not surprised – by slow sales on the first few days.

A manager of a popular restaurant in Black Rock, who wished to stay anonymous, told Newsday there are too many safe-zone restrictions which have made it difficult for businesses to operate efficiently.

“To be honest, we can’t even say how beneficial these past days were for us.”

She said most of her customers are Trinidadians who come as a family with their children.

“How efficient we can be if the seabridge is operating at 50 per cent (75 per cent), children (under 12) can’t be allowed in safe zones, and having to go through screening for vaccination at the entrance?”

She also referenced issues with the island’s vaccination rate.

“A lot of people in Tobago are hesitant to take the vaccine, understandably because of misinformation.

She said more people have opted for take-away service – even those who are fully vaccinated – because they don’t want to take the chance to leave their child at home alone.

She fears the island could slip into another lockdown owing to another spike in covid19 cases if health guidelines are ignored in the upcoming Tobago House of Assembly election.

However, Marisa Ghany, manager at Silver Dollar Casino’s Shirvan Plaza branch, is hoping for a bit of luck.

She remains optimistic that sales will pick up from this weekend.

In an interview with Newsday on Wednesday she said, “People will realise that it’s okay and will be coming out to see what they missed, and get back into the groove of things.

“I believe that we know that we lacked entertainment here in Tobago. And this is one of the things that Tobagonians like – to visit the casinos – and it’s something they would want to do. And now they are comfortable coming into the environment vaccinated and they see that we stay open, they will come and patronise with us again.”