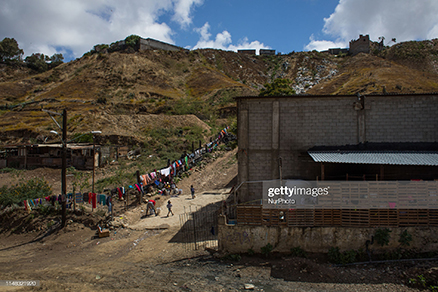 News Americas, TIJUANA, Mexico, Thurs. Sept. 30, 2021: Tijuana in Baja California, has traditionally been one of the fastest growing in Mexico and now local labor minister Luis Algorri said Haitians are welcome there, unlike in most other places.

“We’re open to the migrants getting jobs quickly,” he told Reuters. “We have 25,000 posts to be filled on the coastal region.”

And many are coming, drawing on the help of fellow Haitians who reached the doorstep of the United States five years ago during another spike in migration.

Contact with established Haitians in the city, including those in local business, has smoothed the pathway north, according to more than two dozen travelers who spoke to Reuters.

Since July, that network has also helped some Haitians to cross into the United States, they said.

“Thank God, we made it,” said Alexandre Guerby, a 26-year-old recently arrived in Tijuana with his wife after a month-long journey from Chile, where the couple had been living for the past four years with their Chilean-born daughter. “I feel much safer now.”

Guerby’s family is among hundreds who have been trickling into the city opposite San Diego this month, according to new arrivals and operators of migrant shelters who spoke to Reuters.

Settling in various parts of Tijuana, some Haitians work in restaurants and factories, while others have businesses ranging from cell phone shops to car washes, gardening, plumbing and interior decoration, local advertising and residents say.

Diverson Pierre, an industrial painter, said he had arrived in Tijuana in 2017 intending to go to the United States.

“But once I saw that people treated us well here, I decided to stay,” he was quoted as saying. “My aim was to find work, and I found it.”

Reuters spoke to more than 20 Haitians and Mexicans in Tijuana who said they were advising new Haitian arrivals where to stay or had offered them rooms to rent themselves.

“They have extraordinary communication with each other. They all pull in the same direction,” said Jose Garcia, director of the city’s Juventud 2000 shelter. “They have phones in their hand all the time and always know how things are on the border.”

In recent months, over 2,000 Haitian immigrants seeking Mexican or USA work visas have arrived in Tijuana, Mexico. Haitians started arriving in Tijuana in mid 2016 impelled by the myth that it was easier and safer to cross to the US from there than from Ciudad Juarez. The Haitian community in Tijuana reached 16,000 people, according to the “Espacio Migrante” (Migrant Space) organization, and is now of some 3,000 people, most of whom were given legal permission to work. The “Little Haiti” neighborhood of some 40 houses was built for refugee families near the Embajadores de Jesus church, in the suburbs of Tijuana, Mexico on March 11, 2018.

Wilner Metelus, a Haitian who heads advocacy group the Citizens Committee in Defense of Naturalized Persons and Afro-Mexicans, said previous arrivals had shown the latest influx of Haitians how to avoid official raids and make progress.

In contrast to the arrival of Haitians to Tijuana in 2016, many arrived with the aid of “coyotes” or guides, who took them straight to boarding houses and apartments, making them less conspicuous, the heads of five migrant shelters told Reuters.

That has also made it harder to estimate how many Haitians are in Tijuana, local officials say.

The biggest Mexican city on the U.S. border, Tijuana has long been a major thoroughfare for migrant traffic, and there is strong sympathy for the Haitian migrants in some quarters.

“In Tijuana, our experience has been they’re very hard working. They should be given a chance,” Ruben Iturriaga, a local hairdresser who said he had many Haitian clients told Reuters. “We Mexicans are also immigrants: we go to the United States and that’s why we shouldn’t close the door on them.”