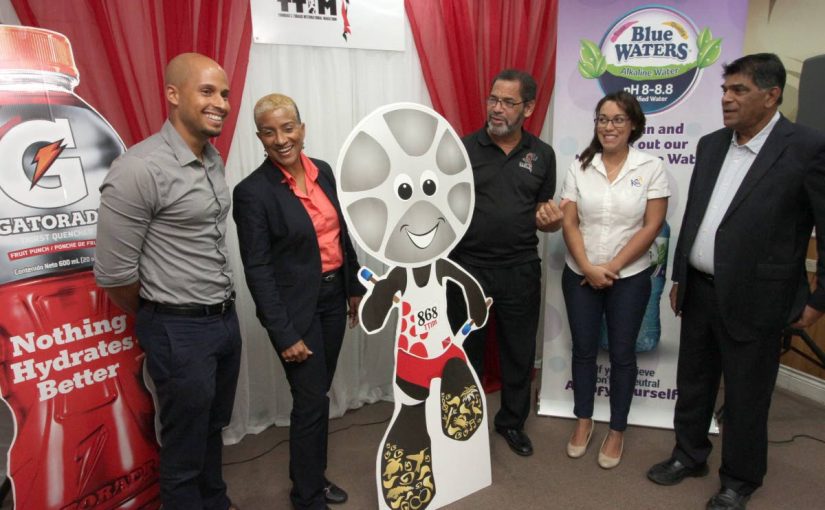 SEVERAL key changes to the TT International Marathon (TTIM) 2019 could see it end up being a remarkable tourism product, according to All Sports Promotions director Anthony Harford, who spoke at the event launch at the TT Olympic Committee’s (TTOC) office in Port of Spain, yesterday.

The event, which has been re-branded as a three-day festival, will run between January 25-27. The event will start with relays on the Friday, continue a day later with the Healthy Balance National 5K and culminate with the full marathon on January 27.

The TTIM Festival 2019 is sanctioned by the TT Olympic Committee (TTOC).

“We see the TT International Marathon as being one of our country’s signature sporting events and we feel that given enough time to develop the interest in it, we could easily end up with a remarkable tourism product, which, of course, is part of what our government planning is for the revival of the national economy,” said Anthony Harford, director of All Sports Promotions, which is in charge of organising the event.

“We want to be a signature national sporting event. It is my belief that there cannot be more than four or five signature events in a country in any year and the marathon should be in that top five,” he added.

The opening relay event will include three divisions: Schools, Female and Open. According to organisers, the Open Category will have six runners and must include one junior runner and one Master (at least 40 years). The race will be staged around the Queen’s Park Savannah (QPS), Port of Spain, pending the regular approval process with a provisional start time of 5.30 pm.

The Healthy Balance National 5 K will run a day later around the QPS. The final and main event, the marathon, is expected to draw considerable international attention, particularly from Central America, according to Harford. The race will once again begin at Freeport from 3 pm for walkers and 5 pm for runners, and will finish opposite Whitehall, QPS.

The winners of the marathon, male and female, will take home US$6,000. Discussions are under way to determine the prize packages for the relay and 5K events. “Naturally, we are in the middle of negotiations with a number of sponsors and government agencies, so today is not a day for us to divulge too many figures,” Harford said.

Meanwhile, Diane Henderson, chairperson of the TT Marathon Committee announced an environmental initiative for the marathon “where we’re going to attempt to reduce our plastic footprint at the finish line.”

The organisers noted that the course is not yet closed but intend to make that a prominent feature in future editions of the marathon. Registration is open and can be done online at ttmarathon.com. For additional information, contact All Sports Promotions office at 628-3760.

Wed Aug 29 , 2018
THE MINISTRY of Education published the call for five medical studies scholarships from the Cuban Government on May 1, three undergraduate and two postgraduate. Kyla Thomas, 20, and Darryan Cornwall, 23, are two of the lucky undergraduate scholarship recipients. They left yesterday to take up their scholarships in Cuba. Newsday, […]