2022 is when investors will finally return to value stocks. Really 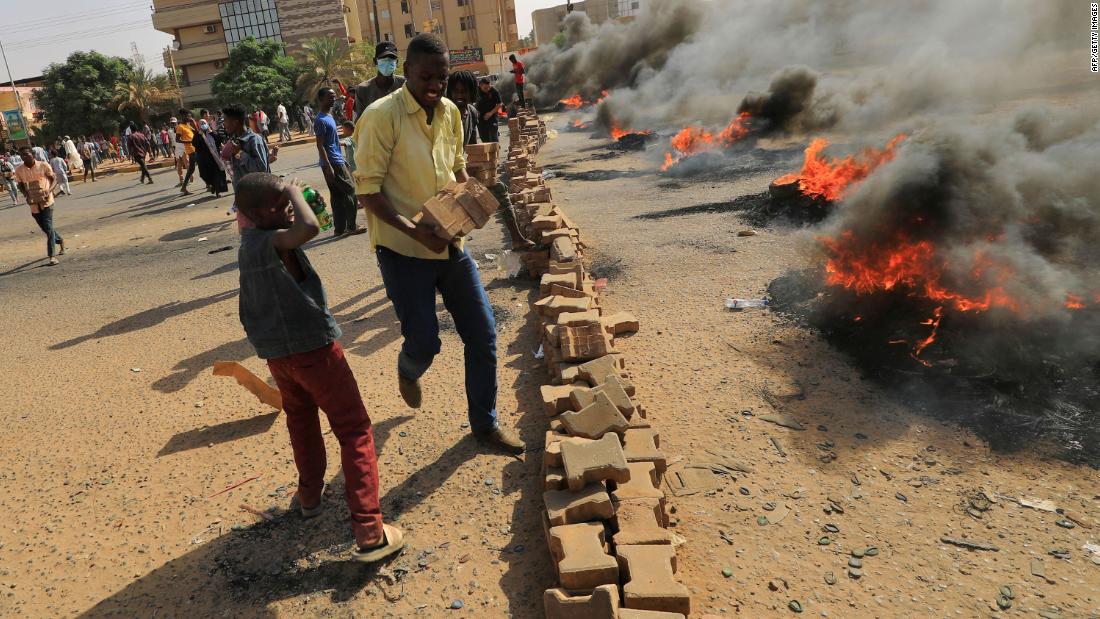 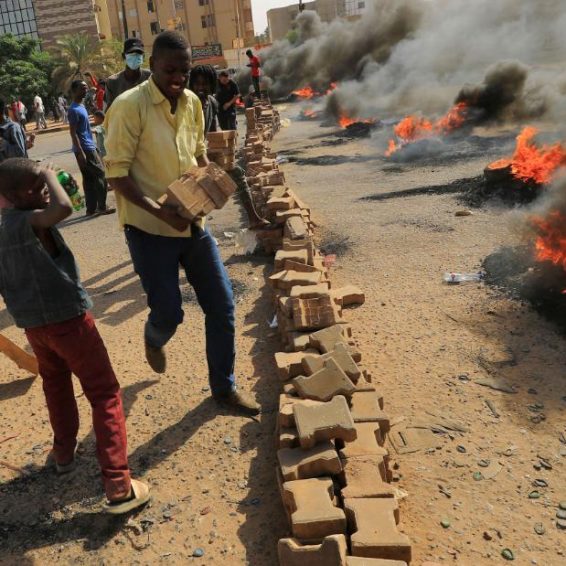 The military has taken over in Sudan. Here’s what happened

1 month ago·4 min read
ShareTweetPinShare
Home
World News
The military has taken over in Sudan. Here’s what happened
The content originally appeared on: CNN
The move has crushed hopes for a peaceful transition of power following the ousting of former President Omar al-Bashir in 2019.
Here’s what you need to know:
What’s going on in Sudan?
Sudan had been ruled by an uneasy alliance between the military and civilian groups since 2019, but on Monday, the military effectively took control.
Read More
Prime Minister Abdalla Hamdok and his wife were detained and taken to an undisclosed location. Multiple government ministers and officials were also arrested.
General Abdel Fattah al-Burhan, the head of Sudan’s armed forces, dissolved the power-sharing Sovereign Council and transitional government, saying in a televised statement that an “independent and fair representative government” would assume power until one is elected in 2023.
He said the power-sharing agreement with civilian members of the country’s transitional sovereign council “became a conflict” over the past two years, “threatening peace and unity” in Sudan.
Several articles of the constitution have been suspended and state governors removed, Burhan said.
How did the current troubles start?
When Bashir was ousted in a 2019 coup, after three decades in power, Sudan’s military leadership assumed control to oversee the transition of power, forming the Transitional Military Council.
But the council was strongly opposed by a pro-democracy movement which called instead for civilian rule. After a weeks-long standoff, the two sides agreed to form a Sovereign Council that would govern “for the next three years or a little longer.”
Under the agreement struck in July 2019, the military council would be in charge of the country’s leadership for the first 21 months. A civilian administration would then rule the council over the following 18 months.
Did the coup come as a surprise?
Not entirely. Adam Hireika, an aide to Hamdok, told CNN the premier was aware of the army’s plans and had been under pressure to dissolve the government.
Hireika said he visited Hamdok on Sunday evening where he discussed the current state of affairs. He said Hamdok had just met with Burhan.
On Monday, the Information Ministry said Hamdok had been under pressure to release a statement “in support of the takeover.” Instead, it said, he called on pro-democracy protestors take to the streets in peaceful protest.
Why is it happening?
Tensions had been rising after some politicians, including Hamdok, pushed for a full transition to civilian rule by November 17, in keeping with the original transitional agreement.
The situation escalated last month, when a military coup d’etat attributed to forces loyal to Bashir failed, resulting in most of the officers involved being arrested.
In the weeks since, military leaders have been demanding reforms to the Forces of Freedom and Change (FFC) coalition and the replacement of the cabinet. Civilian leaders accused them of a power grab.
Throngs of Sudanese protesters took to the streets last Thursday, demanding that the 2019 transition deal be honored and calling for an elected government. There were also pro-military protests opposing the civilian government.
How has the international community reacted?
United Nations Secretary General Antonio Guterres condemned the coup and called for the release of the prime minister and other officials, he said in a tweet Monday, adding that the UN would “continue to stand” with the people of Sudan.
At a press briefing, the White House said the Biden administration was “deeply alarmed” by events unfolding in Sudan, while the United Kingdom called the coup an “unacceptable betrayal of the Sudanese people.”
What do the protesters want?
Thousands of protesters opposing the coup took to the streets of the capital, Khartoum, on Monday, some chanting: “We are walking holding worry in our hearts and worry sleeps in people’s chests.” They gathered in multiple locations.
Two people were killed and at least 80 were injured as a result of gunfire during the demonstrations, the Sudanese Central Doctors Committee said in a statement on Facebook. The Committee, which is aligned with the civil component of the now-dissolved Sovereign Council, blamed the military for the shooting. CNN could not verify these claims.
Huge crowds march in Sudan in support of civilian rule
Videos on social media showed crowds of people making their way towards the military’s General Command. Some could be seen removing razor wire that had been placed across a road amid reports of street closures in several parts of the city.
Supporters of civilian rule have also announced a program of civil disobedience and a strike in response to the military takeover, the Ministry of Information said on Facebook.
Where is Omar al-Bashir?
The chief prosecutor at the International Criminal Court (ICC) in the Hague issued arrest warrants in 2009 and 2010 for Bashir on charges of genocide and war crimes related to Sudan’s military campaign in Darfur between 2003 and 2008.
Earlier this year the government announced it would hand the former president over to the ICC, along with other officials wanted over the Darfur conflict.
The former president is currently in prison in Sudan; he was sentenced to two years for corruption and illegitimate possession of foreign currency in 2019. He also faces another trial in Sudan over his role in the 1989 coup which brought him to power.