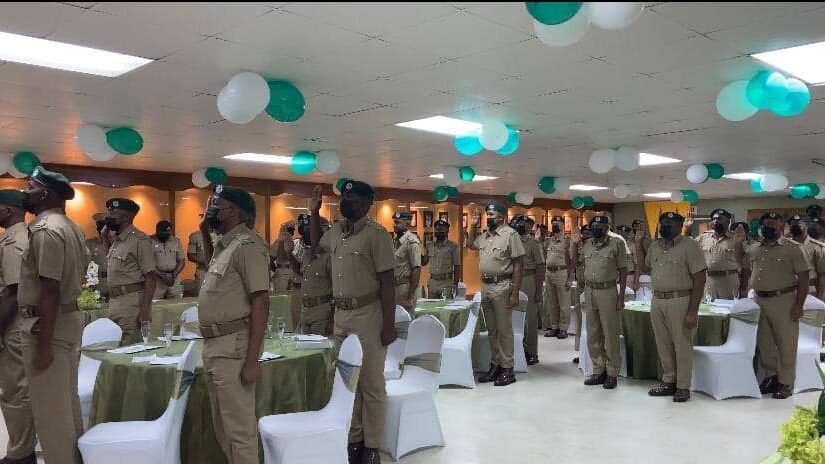 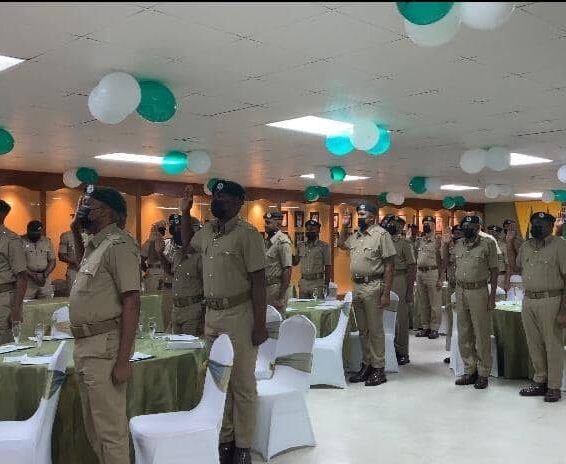 Some of the 37 officers who graduated as drivers for the prison service on Saturday. – Photo courtesy Prison Service

ALL of the suspects detained by police after the murders of two prison officers have been released without charge.

A total of 14 men were detained on Tuesday after more than 120 police and soldiers raided several houses at Carapo.

Two days later they were released and were not even questioned in connection with the murders of the prison officers, according to their lawyer.

The attorney now intends to sue the state for the wrongful arrest of the suspects.

On Saturday, attorney Roshan Tota-Maharaj sent a pre-action protocol letter to the Attorney General on behalf of 14 men.

In his legal letter, Tota-Maharaj said his clients were detained for “absolutely no reason or justification.”

The letter said his clients were deprived of their liberty between 35 to 60 hours.

“The entire incident has left my clients humiliated, embarrassed and distressed. There were arrested in full view of the public and it was immediately circulated on social media and the mainstream media.”

Tota-Maharaj said his clients were kept in cramped prison cells that were dirty and “had the constant stench of faeces.

“The toilets were not flushed often and they had to endure the filth while detained in these cells. They were not allowed a bath or change of clothing, and were not given any food for the duration of their detention.”

Of the 14, police said nine were held specifically in relation to the murders of prison officers Trevor Serrette and Nigel Jones.

On November 26, Serrette was killed at his fruit stall in Valencia. Three days later, Jones was shot dead at a taxi stand in Siparia.

Both men worked at the Wayne Jackson Building (Building 13) at the Maximum Security Prison in Arouca.

T&TEC: Limit your use of fireworks

After the killings, tension between prisoners and officers increased. The Prison Officers Association said the lives of 13 officers were marked for death before Christmas and demanded a meeting with the Prime Minister.

The claims made by the attorney are similar to those of murder accused Rajaee Ali, who is on remand at building 13.

Ali said prisoners should not be blamed for the deaths of the officers, who he said were “playing victims” after provoking a situation.

On Thursday, the Prime Minister sought to comfort prison officers, telling them in a Facebook post that the state will do all to protect them.

Dr Rowley said: “We are very aware of the perils surrounding the duties of honest, hardworking prison officers and have taken note of the onslaught aimed at these officers of State. We will do everything possible to secure them and their families.”

The assurance was not enough to stop at least five officers from resigning.

At a graduation ceremony for 37 new drivers, Prison Commissioner Dennis Pulchan told the new officers despite the current adversities being faced by the service, they should not be discouraged and never compromise their integrity, honesty or ethics.