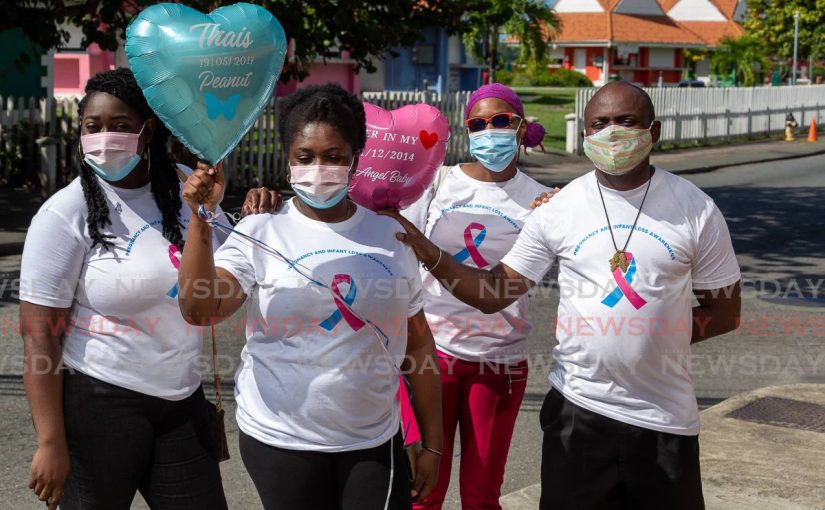 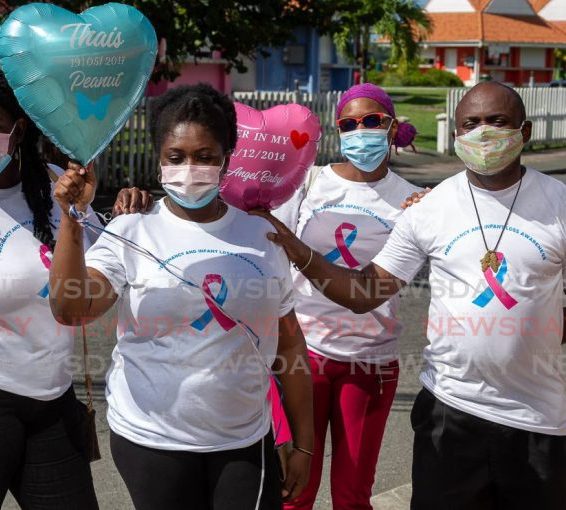 Support group launched for mothers who have lost babies

For many women, losing a baby can be a traumatic, life-altering ordeal.

Castara native Lennon Grant-Andrews experienced this first-hand four years ago and similar to most women, did not have the necessary support readily available to help her cope.

However, this pain spurred her to do something about it.

In 2019, two years after the death of her 23-weeks-old baby boy, on May 19, 2017, Grant-Andrews launched an initiative called the Touched By Thais Network in tribute to her late son. But it was also conceptualised to assist other women who experienced the loss of a baby.

In an interview with Newsday on Thursday, Grant-Andrews said as part of her healing, she has been donating boxes of items to women on the surgical and maternity wards of the Scarborough General Hospital, Tobago. The boxes contain blankets, knitted baby hats, candles, a journal and other items.

On Friday, as part of her outreach, she donated boxes to mothers at the South-West Regional Health Authority and Mamatoto Resource and Birth Centre, Belmont, Trinidad.

Grant-Andrews said she is also interested in donating boxes to mothers who have lost babies within the North-West and North-Central Regional Health Authorities but she has not yet received a response.

She said over the years she has interacted with many mothers who have lost babies.

Since the death of her son, Grant-Andrews has been attending virtual meetings of support groups in the United Kingdom and other countries. She said she has encouraged the women to sit in on some of the meetings.

“Some of them were timid about going and I volunteered to go with them.”

But she realised Tobago does not have a space through which mothers who have lost babies could talk freely about their emotions.

“I threw out the idea to another mother who lost a child, because I felt this is something that is important to do. Even the head nurse in the maternity ward said a support group is needed on the island.”

As a result, Grant-Andrews founded the Baby Loss Solace Seekers on February 22, 2021. The launch was held virtually and two physical meetings were held afterwards.

But Grant-Andrews said she was disappointed with the turnout at the first meeting in March as only two mothers showed up.

“That was disheartening to me, knowing that mothers wanted this.”

She said at the April meeting, three people showed up and a month later, five.

Grant-Andrews said the group has since grown from strength to strength.

“Since then we have had at least eight persons and usually we could get up to 12 to 15 persons at a meeting.”

Last Saturday, the group held a walk from the Shaw Park Cultural Complex to the Port Mall in Scarborough to raise greater awareness for women who lost their babies.

It coincided with Pregnancy and Infant Loss Awareness Month, which is celebrated annually in October. As part of the observance, the UK recognises Baby Loss Awareness Week from October 9 to 15.

But Grant-Andrews observed that some fathers have not been supporting the mothers as they ought to.

“What we have noticed is that only the mothers come. The fathers opt not to come. And if they are there, they are just listening, not really part of the meeting.”

Grant-Andrews, who now has a two-year-old daughter, Chinasa, said the support group offers a space where mothers could speak openly about their emotions and challenges.

“We realise that the world moves on. You could have a loss today but tomorrow the sun will shine and life goes on, but as a women who has lost a child, you are stuck in this place.

“Many times, it takes a long time for us to move ahead, understand and go through this hurt because no matter what we do, we cannot leave it behind because the babies are a part of us even though we have buried them or incinerated.”

At present, Grant-Andrews said the group is not a registered entity.

“The group is fluid, so people can come and go. There is no real membership.”

She attributed the fluctuating membership to Tobago’s culture.

“In Tobago, people like to know that they are part of a group with a president and members. But generally the idea and concept of a peer support group is that persons come, get the support when they want and they go on about their lives. If it is they feel they are struggling they come back again.

“But, so far I have noticed that our membership is consistent. People may come late to a meeting or not come because of work conflict but they are committed, because it is a home. Some of us do not even know what the other persons looks like but we connect because of the stories that we share.”

Grant-Andrews said some women have expressed concerns about confidentiality.

“In little Tobago, there are fears that people can talk your business and they will be concerned about that. But one of the things I emphasise, because I usually facilitate the meetings, is that for this space to continue and for it to be a safe space you have to maintain confidentiality and I am hopeful that it continues to remain that way.

“Generally, I can’t speak for everyone but I don’t feel as if on the whole, even if I talk to someone one on one, we never talk about what happened in the meeting. We just talk about each other.”

Grant-Andrews said women who have lost their babies come from all walks of life. She said apart from the typical feelings of depression, anger, loneliness and withdrawal, some women have also expressed concerns about infertility and the view that they should not have children after 35.

“All these are issues that can be a part of a mother’s story, particularly if you go into labour, like I did, I felt all the pain. what happens to you afterwards is that your body understands that you have had a baby. So, your breast will start producing milk and to the world you look as though you have just had a child – but you didn’t – and then there are those persons who would have had a normal pregnancy. They may then go on to have post-partum depression. That could also be part of their story as a mother who has lost a child.”

Grant-Andrews believes much more can be done to assist women who have lost babies.

“Many times we feel unheard and it really hurts because if you push our stories aside and our concern aside, it is as if you are saying, ‘My son was not alive, he doesn’t exist.’ That is very hurtful for me and I believe it can be very hurtful for others as well.”